AttachComponentToComponent Does not seem to be updating on client

Hello, I have a weapon that I am trying to attach to my players first person arms. I had originally had an issue with rotating the weapon properly to the socket im attaching it to. To fix this, I changed the values to “snap to target” That worked great, or so I thought. This does not seem to be getting applied to the client side of things. The host has the weapon correctly attached, while the client has it rotated as was the issue before on the server before enabling snap to target. Im really lost here, any ideas? 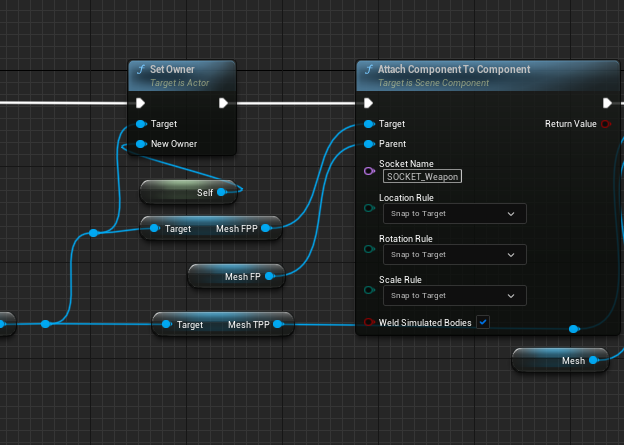 Update to my findings, if I run the spawn/attach code client side then it works normally i just now have two guns.

Spawn on server, attach on server AND on clients.
Create a variable “EquippedWeapon” in your character class, with RepNotify enabled.
When attaching on server, make that variable point to the newly attached weapon.
In character function OnRep_EquippedWeapon, attach it again.

Thank you so much for your reply! That does not seem to be working for me. Here is what I did:

Then in the on rep: 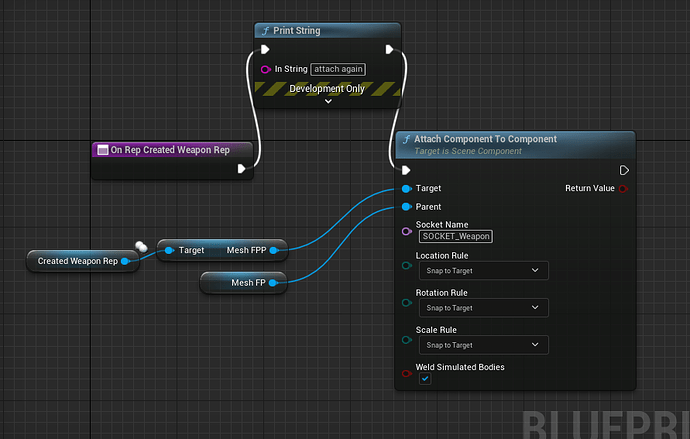 Then to confirm this is running correctly I checked logs:

I even tried bypassing the original code and just running my set notify script: 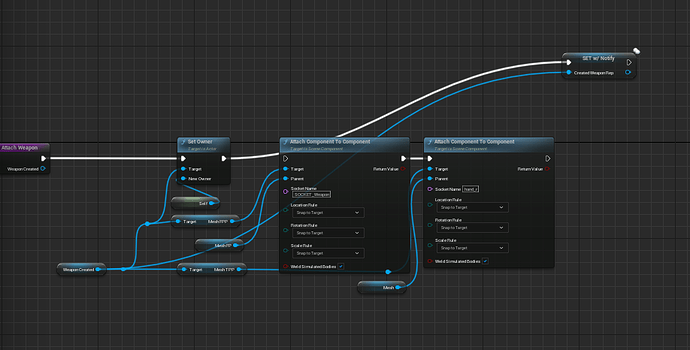 Works the same on host, client has wrong rotation