Attach in Sequencer not working as expected -- how can/should we fix it?

I originally posted this as a bug report here (https://answers.unrealengine.com/que…-expected.html) but there are some subtle nuances with the Sequencer Attach track/sections behaviour that warrants detailed discussion.

So the interesting conundrum surrounding this issue is related to the When Finished property on Attach track sections. After some more digging I came across this page in the docs (https://docs.unrealengine.com/latest…hed/index.html) which helped to clarify the intended behaviour of the When Finished property but funny enough both When Finished options (Keep State and Restore State) feels as if it conflicts with the expected behaviour of an attach track. Allow me to clarify:

So, in neither of the above When Finished cases does the Attach track actually do what is says on the tin. I can’t attach an actor and detach it a little while later whilst preserving its world space position: 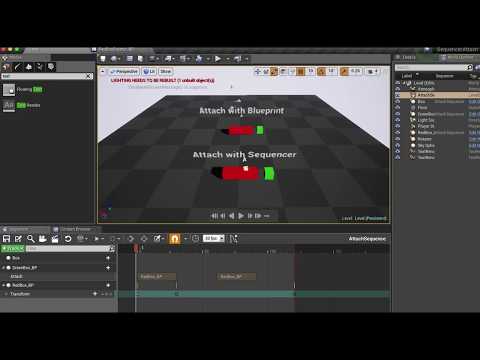 The Keep State behaviour is the closest thing to what I’m looking for here. Now my question is, what is an acceptable way to “fix” this behaviour? Would it be acceptable to detach the actor while enforcing the detach rules with “When Finished == Keep State”?

I have submitted a pull-request (against latest Master branch) for a fix for the attach track behaviour here: https://github.com/EpicGames/UnrealEngine/pull/4101

Here is a video illustrating the new behaviour: 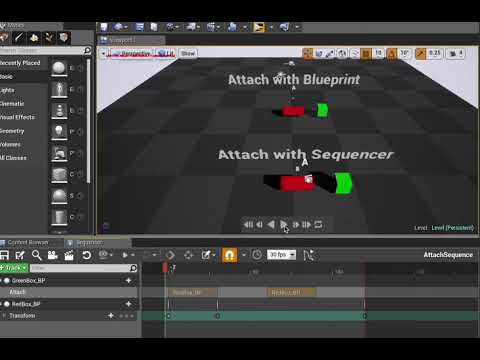 hey [USER=“718531”]Van Aarde[/USER] thanks a lot for this. Unfortunately I can’t get the object to dettach with Keep State on. I’ve read through your comments and can’t quite find out how to do it. Any thoughts?
Thanks!

Cylinder attached to center of cube. When scrubbing outside of the attached region, the cylinder stays put because the Attach / Detach Rules are set to World. Notice, the hierarchy changing when scrubbing inside/outside the attach region.

Is that what you would expect? 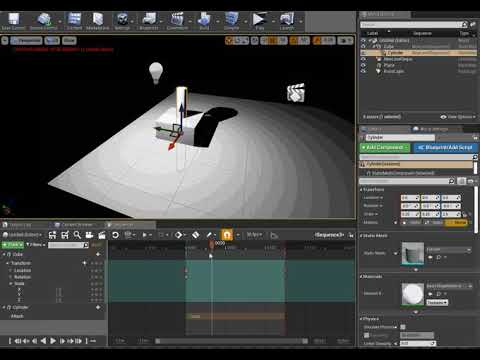 That’s looking pretty good! That is indeed what I would expect. Nice one, thanks!

Like the comment from July 2019, detach doesn’t work with Keep State On. I duplicated your YouTube video setup, and it doesn’t work. Using Restore State, the actors will attach and detach properly, but it creates huge translational jumps at the transition points. Relative or World makes no difference.

Looking forward to your help on this. Thanks.