Hello everybody, so I’ve got a problem:
I’m trying to attach a “gun barrel” static mesh to a “gun skeletal” mesh on a socket called “Barrel”.
I’ve set the mesh perfectly in Maya and when I preview the the mesh on the “barrel” socket while looking on the skeletal mesh, everything looks fine.
Here’s the funny part: when I make the gun mesh touch the barrel inside the level, the barrel snaps to the mesh, but I think to its root, and not to the designated socket

Here are the blueprints 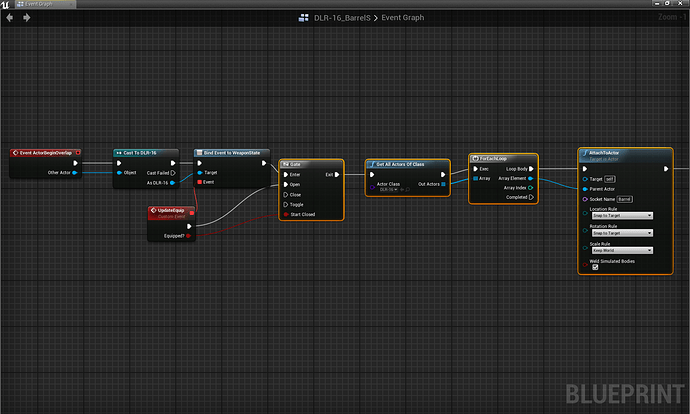 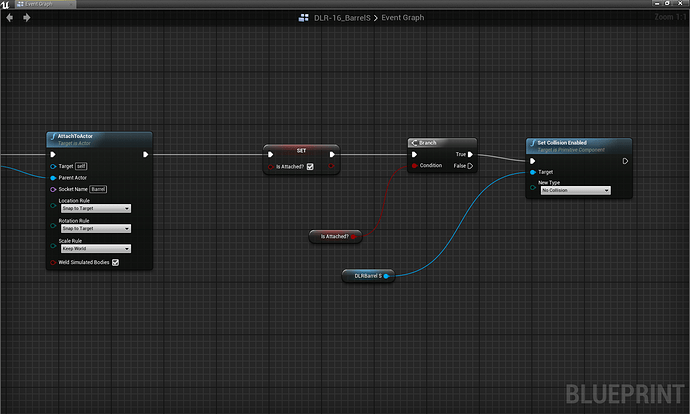 And here’s the way it acts

Check Bone Name. Case Sensitive and empty spaces will screw it up.

I also assume this is your Weapon BP? Why the Begin Overlap is there? Your weapon moves around a lot including your Collision. You should have the Overlap in the Character and forward the information to the Weapon instead.

And not a critical thing at the moment but you should get rid of the Get All Actors of Class node. If you have more than one DRL-16 in the Level it will get all of them and attach them to your weapon instead of only the one you picked up. Save the refference you get from the overlap into a variable.

Everything else looks fine to me.

I checked out the bone Name, it’s the same as in the blueprint. 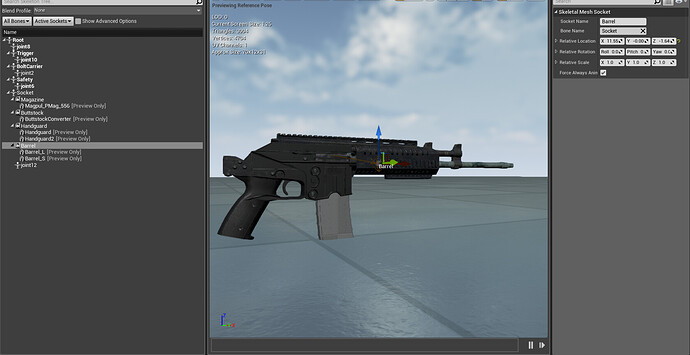 The Begin Overlap is only for testing purposes, and you’re right, I’ll put it in the player controller.