First of all an intro and some concept art.
And then some links to the game’s website, youtube channel, social media etc, where you’ll find more content and info, work-in-progress gameplay video etc.
Please, if you like it, subscribe to the media channels to get updates.

I’ll keep this thread here updated also in the coming weeks, months, as I develop the game further.
Skip to the links below, if you prefer to see stuff before reading more. Then come back here.

Explaining a little more about the story and characters, to help people not acquainted to the imagery of the cultural universe of the game…

(in the next weeks I’ll be posting working-in-progress 3D assets of characters, props etc)

Ataru is a game about a ‘barbarian’ boy of the Hun people. The huns where one of the ancient peoples of the Central Asia steppe grasslands. Their culture revolved around the horse.
The idea of making this story was in mind mind for a long time. When I was a boy, I had a spontaneous fascination for horses. I practiced equestrian sports for some years back them. Jumping, cross country in the jungle etc.
I still find the horse to be the most fascinating creature creation of nature on earth to this day.

Ataru is also a game about archery and melee combat. Also about freedom and discovery.

The name may sound like created from japanese, but actually I discovered it means ‘to hit the target (in the bullseye)’ later. It also means ‘drawing’ in yoruba, which is as much appropriate as in japanese. And maybe has other meanings in other language. But it is a simpler form of the first name: Ata Ruhu. I made it shorter and simpler when I noticed people where having a hard time recalling and spelling the name.
Ataru is the protagonist’s name. A warrior.

You can see him on a horse in the first concepts attached, in adult age, and as a boy (wounded), in the following ones. The boy with the bandage in the eye (‘one-eyed’) is Kunmo, another one of the main characters in the story’s universe. You’ll meet him in the beginning of the adventure, and he will have a story of his own. He’s a survivor.

I spent 5 years of my life doing extensive research on the cultural universe of the game, and drawing, painting and writing tons of stuff for the game. All of this to pay a humble but proper tribute to these horse cultures of the nomads, as they so much deserve.
In the game, you will travel with the protagonist, facing dangers, challenges, discovery.

Hope you like and support it. But mostly importantly: get to know it, and feel it.

Now the links to know more about the game: 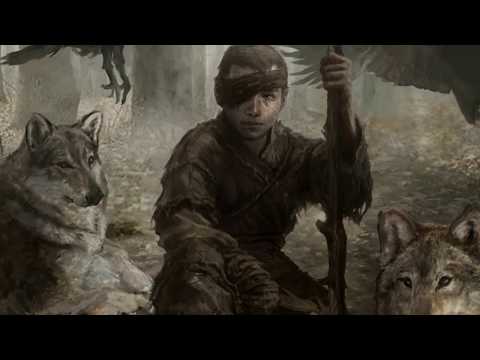