The game is already listed as coming soon at the steam store; be sure to take a look since we have new materials for the game, feel free to use our new materials on any press site or promotion, thanks in advance and stay tuned! 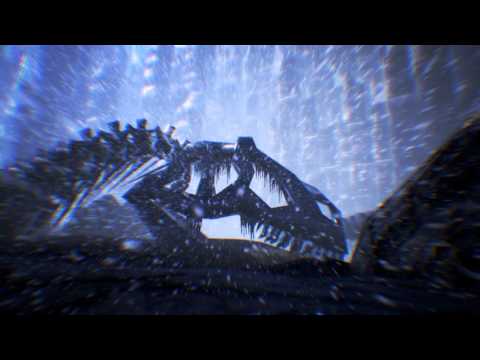 **
About This Game**
At the Mountains of Madness is an indie first-person horror adventure game with survival elements in which you assume the role of the Professor Dyer, geologist of the Miskatonic University, who in 1930 traveled to Antarctica as a leader of a research expedition. But in Antarctica disaster always lurks adventurers like a shadow. And in the most cold and desolate place on earth it is easy to find death or worse, you can find the Mountains of Madness

“I am forced into speech because men of science have refused to follow my advice without knowing why.” H.P. Lovecraft

Fight against the elements and explore ancient lands and antarctic landscapes, find your way through dark caves and unravel procedural mazes while trying to survive in a realtime 3D action adventure in search of undiscovered fossils and zones unexplored by man.
Pick and use well the items you carry on, such as food cans, wood logs, batteries, dynamite, strange things… You never know when you’ll need them!
Choose if you battle monsters or if you become another shadow in this sci-fi labyrinth of psychological horror.

WHAT THE DEVELOPERS HAVE TO SAY:
Why Early Access?
“Most of the main goals of this small team have been met and we are confident that at this point, after being playing the latest version every day for several hours over a year ago, we already have a solid enough game.

We believe it is the time that you can not only enjoy it but help us with your feedback to prioritize our efforts as we continue working on the game
There’s still a lot that we would really like to add and there’s also room for new features and variety. We hope you will join us for the process!”

Approximately how long will this game be in Early Access?
“We intend to have the project completed by 2017; Between 6 and 9 months.”

How is the full version planned to differ from the Early Access version?
“Our To-Do list will be changing with the feedback we receive from the community, but these are some things we are trying to do:
-Mac & Linux versions.
-Check whether it would be necessary to add more secondary mechanics (or puzzle, or interaction element or detail): drive or control Dornier or drive sled, climb and descend, drill or radio control, engraved wall puzzles, Lake’s notebook puzzle, Elder Things map…
-More and better cinematics.
-Check whether it would be necessary or are already more than enough and procedural mazes, caves or even if we can add a third type of procedural maze.
Improve movement and interaction with enemies
More Languages
Full controller support, with all menus and features
VR Support
New game modes

In addition to all corrections, revisions, and graphic and technical improvements that we can make.”

What is the current state of the Early Access version?
“Current version is Beta 2.0 and feels like a complete game aside from some debugging, polish, and optimization.
All game maps, enemies and basic elements are already included and ready to be enjoyed and you can complete the story of the mountains of madness from start to finish, while it is true that not all of them are 100% polished and going to be adding cinematics and more details.”

Will the game be priced differently during and after Early Access?
“No. Price will not change when we leave early access”

How are you planning on involving the Community in your development process?
“We have a feedback form / bugreport on our website so that all users can leave their impressions and suggestions for the project.
Make sure to watch out for our next program beta testers!”

This is deeply dissapointing!

How can you call this BETA 2? The game is just a huge mess!

The steam reviews are realy extrem bad and you are even accused of banning people for critism.
And you wiped your game forums completly?

Heres a review i saved:
[spoiler]I don’t typically write reviews, and certainly don’t bother with actually writing negative ones, but man is this a special case. With the sheer amount of garbage that is classsified under Early Access, saying a game is too early even for Early Access feels pretty damning and yet perfect for At The Mountains Of Madness. There’s a lot of jumbled thoughts to put together, so let’s break it down into points.

-The actual performance is terrible, sitting at about 22 frames on average. However, when I loaded my game after dying in the middle of talking to an NPC, the game dropped to a stubborn, stable 5 frames for no discernible reason. Turning down the graphics had no effect on the frame rate either time, just made the game look even worse. Of course, this is something that could be fixed in Early Access via optimization, but it leaves the initial impression that the developers have no idea how to go about doing that.

-The voice acting is worse than abysmal. Likely recorded by the devlopers and their friends, all of the spoken dialogue sounds like non-english speakers phonetically reading dialogue off a paper. This could be placeholder dialogue again, but based on the budget it seems unlikely that the developers will be able to replace it with different voice actors more familiar with english. Perhaps it would have been better to record it in the native language with subtitles?

-The gameplay is pretty awful and bland so far. There’s no explanation of the health, or what the white flashing that kills you is supposed to mean. I thought it was freezing to death, since you can collect firewood and start fires, but eating a can of beans made it stop so who knows. Once you collect the plot mandatory flashlight and walking stick and get into the main gameplay, you’re dumped in a dark, hideous looking ice cave. You need to find a fossil (which was just floating in mid air) and a hammer to extract it (from the air I guess?). This seems like the majority of the entire game, going into increasingly larger caves to find these fossils. It looks like there’s eventually combat, but I can’t imagine it being much fun at these stuttering frame rates.

-The developers themselves. While this isn’t immediately tied to the quality of the game, with Early Access the developers become much more important for determing whether the game will be able to improve. These developers seem a bit over enthusiastic for what was apparently originally a school project, claiming above that they’re confident they already have a solid game here. Furthermore, I was banned from the game’s forum for pointing out that deleting threads (or creating a Trash section to dump them in) with criticism is a pitiful, cowardly tactic that is frequently employed by indie developers on Steam who can’t face criticism of their pet project/money laundering scheme. That’s one thing that immediately removes any positivity or leniency for a developer, and the same is true here.

-It’s not fun. Ultimately this is the big problem that it boils down to. There was never an enjoyable moment in what I played, never a time when I went “Huh, that’s neat.” This felt a lot like many of the free Unreal Engine and Unity engine messes that I’ve tried, cobbled together from a pile of assets without any real design philosophy or concern for coherence. It’s a real shame, because I’m always looking forward to a good game based on Lovecraft’s works, rather than just inspired by them. But At The Mountains of Madness isn’t one of them, and likely won’t be for a year or more, or perhaps never. Save your money, wait for The Sinking City for a quality H.P. Lovecraft game.

It’s bad, and it likely won’t get better without being a mostly different game from what’s here. I’m refunding this, and I suggest you stay far away too.[/spoiler]

Heres an actuall older video of the game… wich was ok back then, we all understand WIP there. But you literally have made minor changes since then.
https://youtube.com/watch?v=3O2cymHzwnU

You are a Team of a few people and still your first level and presentation is so bad.
You charge 18 Euros for that??

Pls watch the video very carefully and fix your game. Its deeply dissapointing after all what i saw in earlier days when you guys started.

Never EVER do an early access for this type of game. Its reserved for sandbox, arcades or AAA games. The major flack this game got on steam was representative of the lack of research on the developers part. So much potential squandered for early access. -_- You should of released a prototype demo for free if you wanted feedback and support.

Unless you’re willing to let the massive crowds of gamers who know nothing about early access to judge your game as if its suppose to be a full final game.

Hell, Amnesia would of been a much worse game if it followed the Early Access route. Somethings should be left behind the scenes until the final gold master release. With singleplayer games like this, buying into early access is like reading an incomplete 500 page book, only to realize its a complete mess. It just doesn’t work with the adventure/singleplayer audience.