Been using Unreal for about 4 months now and decided after not really going anywhere
to attempt to make a game. This has taken me about 2.5 months to achieve as the last
time I coded anything was with a Commodore VIC 20 and BASIC, so my knowledge
was basically zero when starting out.

Been through numerous tutorials on YT as well a scouring these Forums for info, which
has a wealth of knowledge.

A big thanks to @Muntrax as well as @Mhousse1247 and also @Everynone and @GarnerP57
for their help answering my questions.

The game is my attempt at recreating the Atari Asteroids 2600 game. There are some changes
with regards to begin and end screens and a few inbetween as the original did not really have
much of that. 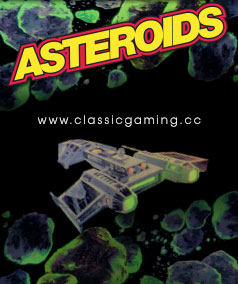 Asteroids | Resources, Images and Material from the Classic Arcade Game

as well as one sound from esperar from Freesound who do not require a credit, but got it anyway.

The minimal artwork I made in Blender.

Below is the Google Drive link to the game, the build is for Windows 64 and the zip file is about 118 MB.

And some Gameplay pics:

First of all, congratulations. It does have the retro feel, plays well, sounds genuine.

I can only wish everyone who is starting out had the guts to replicate one of those rather than go for an open world game as their first project.