I know literally nothing about rigging or animations or such and I followed this tutorial on how to extract asset and animations from existing games, “Smite” in this case and I would just like to try it out and see how it all would look like in an Unreal Engine 4 setting.
I followed this tutorial on YouTube and got (pretty much) most of the things working, but once I bring the animation into the Unreal Engine the animation plays all animations within the file at once.
I assume that this guy is using an older version of Unreal Engine? So some things looks a little bit different to my softwares so I can’t really follow his tutorial all the time and he has this thing called “Animation Sequence” (10:36) where he has this list of various animations within the file, and there he can just choose one particular animation being played.
As I said I’m quite new to this so I’m not quite sure what I’ve missed or what I should do.
The softwares I’ve used are: Umodel (to extract the character and animations and textures to seperate folders), Milkshape to convert the files into .Fbx and then put them into Unreal Engine, and it works… but as I mentioned earlier, I can’t find anywhere where to select just one animation and loop it as it plays all the animations at once :S
I even have the animation I want selected within Umodel but it still extracts all of the animations that are connected to that particular character within the game.
Or is there perhaps another way to do this? That might work better with UE4? 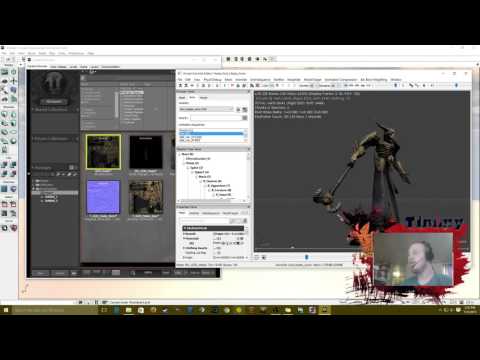 Porting assets from other games is generally frowned upon, regardless of use. It’s usually in violation of the ToS and/or the EULA of one or both products.