NOTE: All content and links in this thread is a Work in Progress and does not reflect the final state of Ascendance or its promotional material. All aspects will continue to be updated throughout development.

The Ascendance team is comprised of students from the University of Advancing Technology who have combined their talents to create something worth getting your hands on. We have come from all walks of life and development backgrounds to develop Ascendance for gamers like us.

Ascendance is an action, survival horror game that aims to be both personal and impactful. It challenges the conventions of linear story paths using player choices that directly affect the game and cultivate an intimate and unique gaming experience.

Our story starts in the year 2017. Lithuania has released a biological virus against invading Russian troops in a last effort. The biological virus spreads to the United States just days later infecting coastal cities. The president initiates project Bastion, which are giant underground bunkers to safeguard American citizens further in-land. Each Bastion is equipped to be self-sustaining underground cities equipped with boiler rooms, water facilities, entertainment levels, and even security.

The game takes place in Bastion: 01, also known as the presidential bunker which is located in New Mexico. By the year 2019, Bastion: 01’s doors have failed and the virus seeps in. Bastion: 01’s doors are also in a constant locked state which prevents free access to the outside. Thousands of the residents inside the bunker start to mutate on the first level. Panic spreads as people start to attack each other and push down towards the bottom depths of the bunker. By the year 2021 only 10% of the Bastion’s residents are non-mutant.

After 21 years of the pandemic inside of Bastion: 01, the main character is born into this post-chaotic world. While out scavenging supplies for the camp, the main character finds one of the lost scientists who worked on the Bastion. The scientist saves you from an attacking mutant however is severely wounded in doing so. The scientist crawls back to his room and in a last effort before dying, he hacks Bastion’s security protocol opening the giant doors at the very top for only a limited amount of time. Players will have to fight their way through the remnants of Bastion: 01 and the many mutated inhabitants still around while racing against this set time.
Development

Ascendance is currently in development using Unreal Engine 4 and has been in production for over 2 months now. The scope of the game will remain small and contain about 4 hours of gameplay through a few fully developed levels. Upon completion, Ascendance will be released to the public completely free of charge and available for everyone to enjoy on the PC. 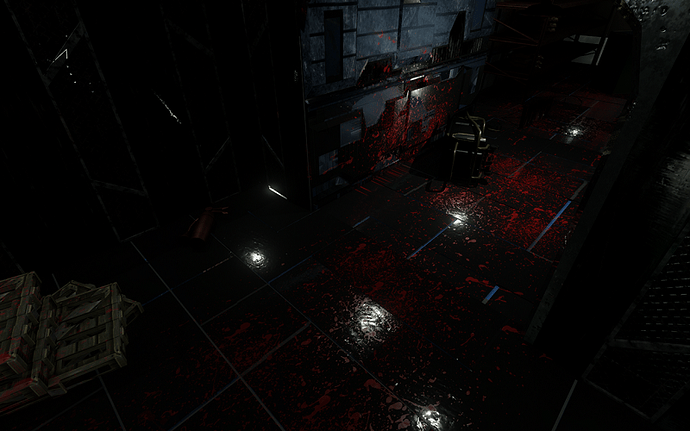 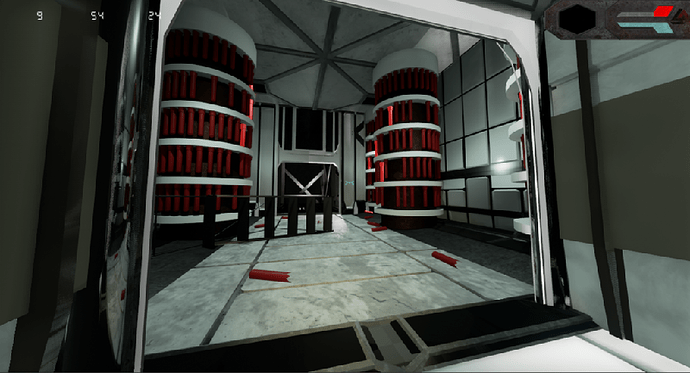 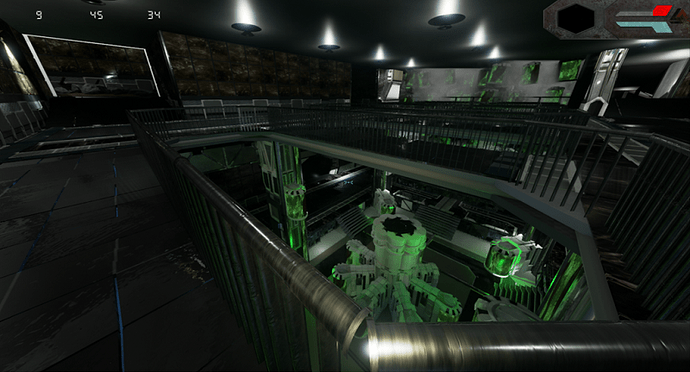 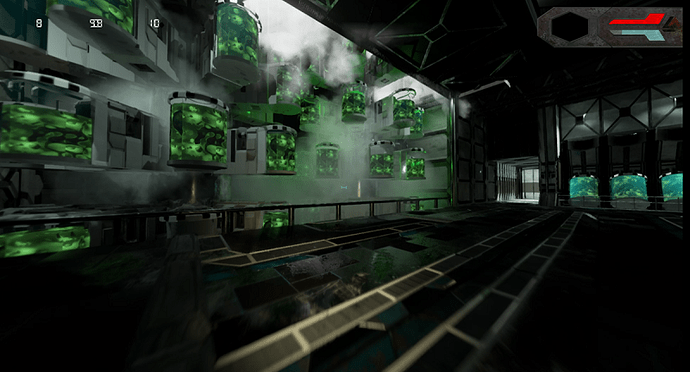 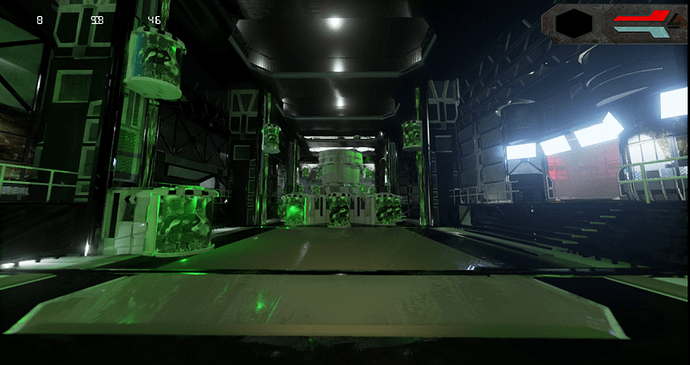 Sounds interesting, and I love the concept art. Can’t wait to see more! =)

Thank you! We appreciate the well thoughts and encouragement. As you can see, it’s still pretty early in development but we have a lot done already that we will be showing in the near future. All feedback is welcome.

This week we have continued work on building up the levels and did a lot of scripting work for the NPC dialogue system. Again, this game is being created entirely with Blueprint as you can see in the screenshots below.
We are also working on putting together a 30 second teaser trailer to show off some early gameplay footage and build up some hype for the game. We are hoping to have that done within the next week or so. As soon as it’s completed, we will be sure to share it with the community! 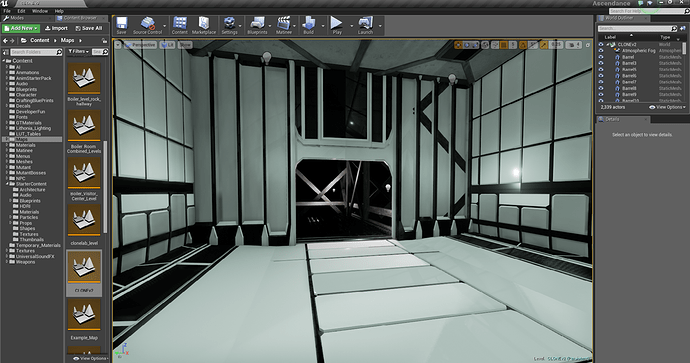 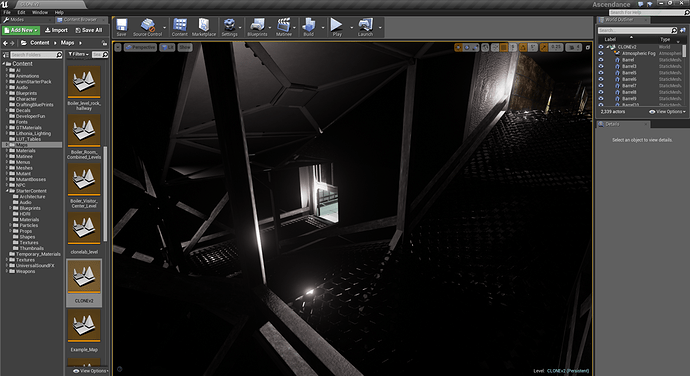 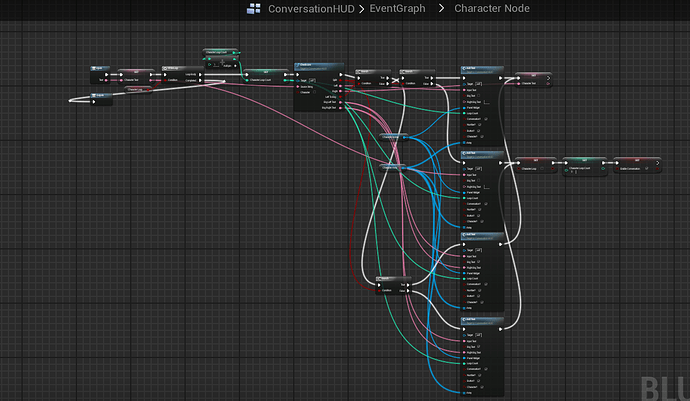 Our first teaser trailer has been completed and uploaded for your viewing pleasure. We will try our best to continue recording some gameplay to upload to our YouTube channel. Don’t forget to follow us to keep up to date on our development progress. 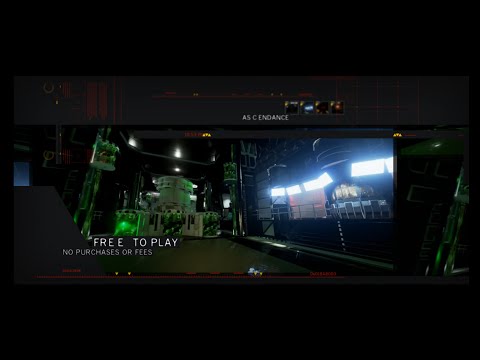 Here’s a closer look at our Clone Lab level. 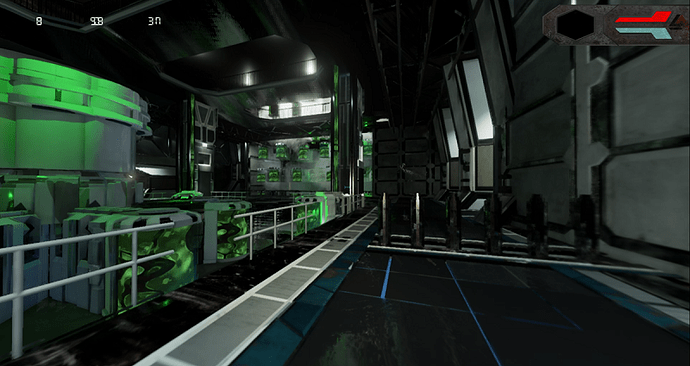 Please feel free to submit bug reports and feedback here or through our website.

Im testing this. See ja when i have finished :3

This is by far no Beta, a beta would have way more finished content.
I couldnt even set the graphics… and i had very hard framerate drops.
The Pickup/Interact wont work.
The Menu at the start way to small, i barely could start the game.

The Sound actually does its job pretty well.

Ill test this and come back with some feedback later on.

edit: it seems that the game wont start on my pc (win7x64)

Thank you for the feedback! As we continue working to fix some of these issues, we have decided to revert the “Beta” state of the tests to “Alpha” in order to properly convey the current state of the game. We appreciate your participation and will keep you posted as new updates are released.

Some new screenshots taken from our current Alpha test!

We are currently working on adding time-based events which are controlled by the count-down timer. Players will have to reach certain objects, or points, before a certain amount of time passes.

We are trying to get this ready in time for the next Alpha build, but will keep the community updated as we go. Also, if you get the chance, please continue testing out the current Alpha build as your feedback is critical and much appreciated!

Here’s a screenshot of our AI spawning in progress:

Alpha Version 2.0 has been released for testing! Many functions and fixes have been added. Please keep in mind that it’s still in an Alpha state so some things may be rough around the edges. Again, all of your feedback is appreciated!

We’ve also just released a Gameplay Trailer that you can check out below! 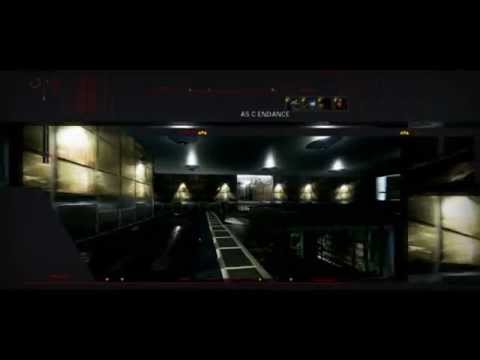 Thanks for the notification! I believe we have fixed the download issue.

Downloading :3 make yourself ready for critics

PLS: Remove the Motionblur and the alising… Theyre not for testing purposes, dont start with highest graphics yet.

We’ve worked on polishing up a few things and have added the following major changes:

Again, thank you for everyone who takes the time to test run the build and give any kinds of feedback. We appreciate it!