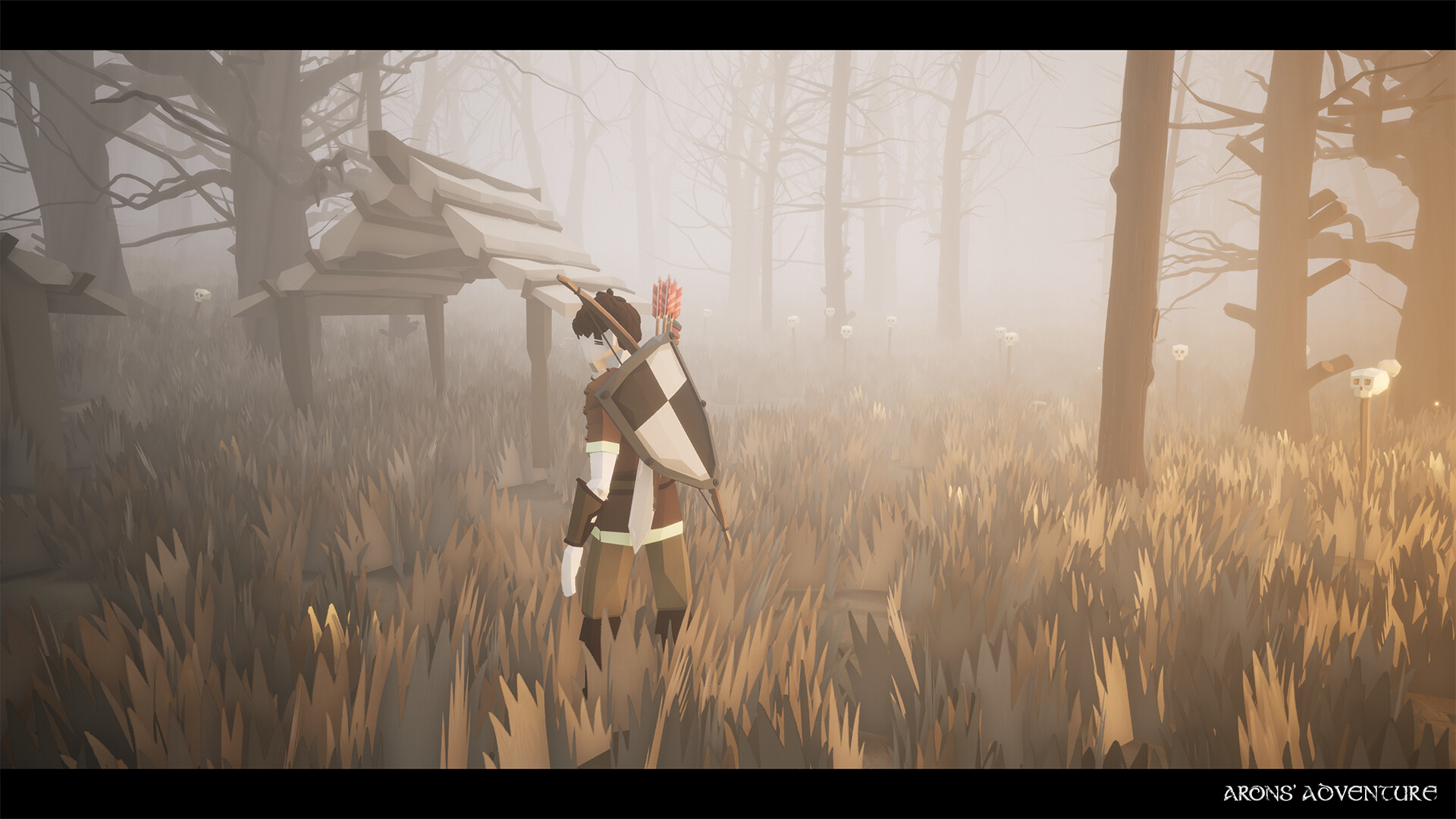 Aron’s Adventure is an action-adventure RPG being worked on by two people in Unreal Engine 4. You can follow our progress on Discord, Twitter or our - YouTube

I’m impressed by all the attention to detail here - in particular the fact that arrows react differently to various kinds of surfaces is really cool, and the combat looks snappy and satisfying. The tumbles and slow-motion arrow shots in the air make me think this will be a fun, agile character to control. The quiver accurately showing how many arrows you have left is great too - nice way to give players feedback without resorting to HUD UI.

I’m also intrigued that you mentioned the weaker arrow shot is “quieter.” Is the plan for stealth gameplay to be part of the experience? I like the idea that you might have to decide between killing an enemy loudly but reliably with a powerful shot at the risk of being noticed, vs. using a quieter shot that may not kill but will help you remain hidden.

Looking forward to seeing how you approach other combat types!

Thanks, the stealth aspect is still a little up in the air, technically we will have it, if it will play a very big role is hard to say at the moment.

This is our new week-update video:
Here I talk about swimming, I spend a week working on it and am pretty happy with the result.

A new developer video on riding a horse in Aron’s Adventure.

Today I am very excited to show the Day Night cycle in Aron’s adventure.
I hope you like what you see.

Initially I had planned to also show off weather but this would have made the video too long.
So I moved that video to next week.

Have a great weekend everyone

I know I was excited last week but this week I am maybe even more excited to show you weather in Aron’s Adventure. I think it turned out really great and really has the power to completely change the visuals of a scene you are looking at!

EXPLOSIONS! TELEPORTATION! SLOWING DOWN TIME!
It’s time to show the archery abilities in the latest devlog for Aron’s Adventure.

I hope you enjoy it