Arn't C++ projects supposed to be smaller than BPs?

Everything I’ve read regarding UE4’s C++ vs. BP system says that BPs are bloated and shoot the file sizes up while C++ builds have smaller file sizes. That doesn’t appear to be true. BP projects I’ve worked on have been easily pushable via Github. C++ on the other hand, requires LFS. Not to mention, the rocket game I’m currently working on is at 8GB and it’s just one rocket in the scene. Everything else is code related. The rocket mesh is only 240 polys. In contrast, the Guardians game I’m also working which is in BPs, has fully detailed meshes, characters, levels, and other assets and measly 305MB. I feel there’s something here I’m not quite getting. 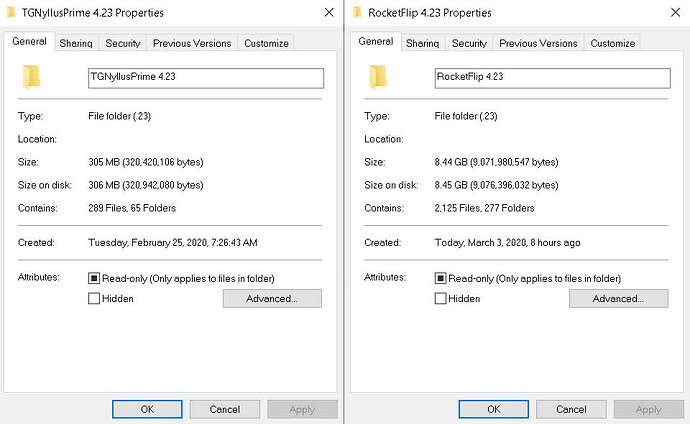 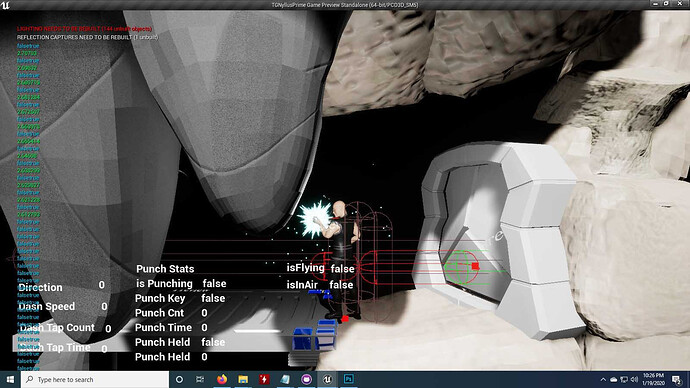 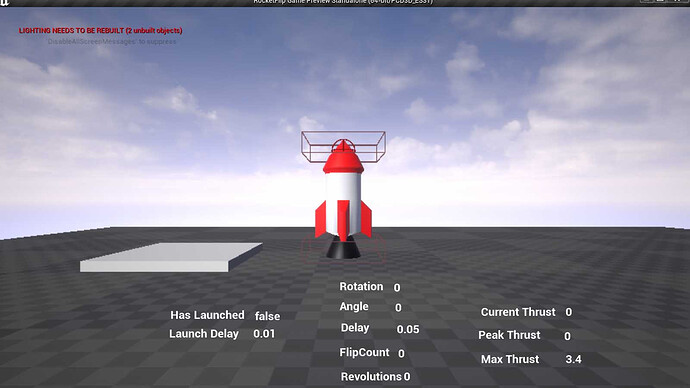 Try using a program like TreeSize that allows you to easily organize and figure out which folders and files are taking what amount of space.

My c++ project is currently 6GB, however the source folder is only 137mb and not representative of the size of the code when compiled. I’m using git as a source control option without any issues.
The .vs folder is 1.81gb, but that is not something that would be applied to an actual build.

I think it would be very unreasonable to believe that 1 project being blueprints and the other being c++ is causing that much of a size difference. Having a c++ project does make the initial folder size bigger.

My guess is that visual studio project files are whats taking the space. Nothing to do with the packaged game. 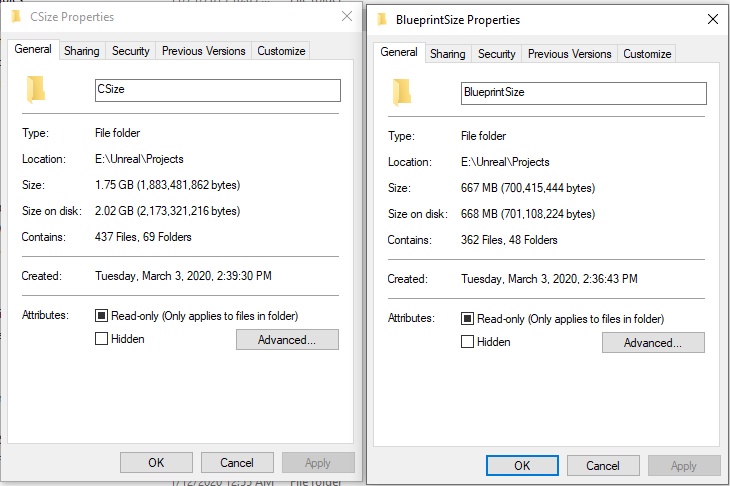 You want LFS enabled for all .uasset files since there’s no value in tracking per-line changes of binary files. Doesn’t matter if your project is C++ or BPs. It just happens that BPs are binary files (which I REALLY wish they’d change. Having BP headers or structure saved as XML would fix that right up.)

Is that the project folder or packaged game? At the end of the day, the finished package size is what really matters, i think.

I agree that the C++ files themselves are likely not the culprit and it’s Visual Studio’s stuff that’s causing the bloating. The BP version of RocketFlip is only 161MB in comparison, btw. That’s a HUGE difference. The packaged C++ build is currently around 100MB. Still kind of big for mobile. I’ll package the BP version and see what happens.