I followed the steps on Mod:Modding - ARK: Survival Evolved Wiki

And when I proceed to launch it, I get the following error: 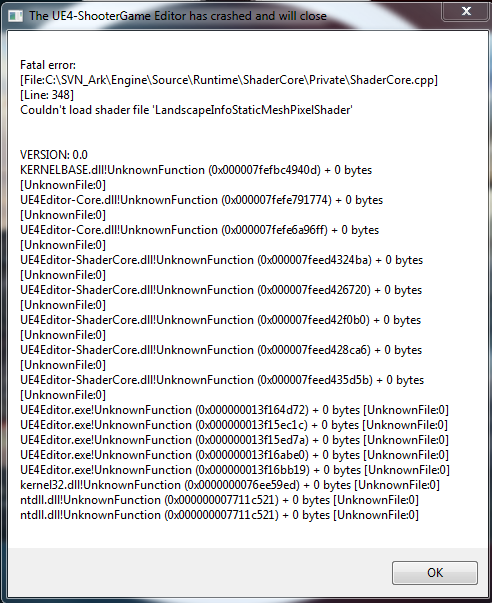 I have tried verifying the files, but no change.

Guess following the wiki was a bad idea…

I had the same problem, and it was Epic games website that told me a I had to install the dev kit from Steam’s tools menu. What a crappy start to modding.

I got my mod to work but I made a change and also went to hell. Here nobody knows how to fix it? Why does the mod work in the ark dev kit but when you install it on a server it leaves fatal error?