Click the link with your android device to speed up the process. It should take you directly to the Google Play Store after you opt in to become an alpha tester. Technically it’s pre-alpha… but there is no pre alpha option on google play service so oh well! Keep in mind that this is not a demo, I have not optimized for space yet so it’s something like 1.8 gigs. There will be bugs (Although I squashed as many as I could find), and if you could report any bugs that I missed, I would really appreciate it! Also unlike a demo, it will be updated regularly until it’s complete!

Arcus is a tower defense game from the third person perspective, optimized for mobile. Touch on the screen to aim and fire arrows at invading enemies.

In between missions, utilize loot you picked up to brew various potions. Trade, sell, or drink these potions to gain an edge in battle.

[SPOILER]Arcus is, at heart, a tower defense game built from the ground up for mobile. Survey the world from atop a watchtower. Enemies will attempt to invade the city you are hired to protect, and it is up to you to stop them. Use multiple arrow types, ranging from poisonous to explosive, to conquer the battlefield. Ride on your horse to move from tower to tower, getting the best angle on the action.

When enemies break through your defenses and are closing in, draw your sword to cut through! Using a swipe based input system, swing your sword in any angle. When an enemy attacks, tap on their weapon to perform a counter. Countering will knock the enemy off balance, leaving them open for attack

Elle Arcus, the games protagonist, is a freelancer who who travels the world alone due to her wanderlust, which grants her the title of ‘Migrant Bird’. Because of this, she tends to take residence in odd places, such as abandoned watch towers or habitable natural shelters

The world of Arcus takes inspiration from many eastern works, such as The Legend of Zelda and Studio Gibli. To honor this, we decided to dub the limited voice acting in Japanese. Of course, as we are a western indie developer, we are mixing in western tenancies as well. On top of this, we are also creating a world that is not only heavily inspired by the European Middle Ages, but also has many modern elements sprinkled in throughout.[/SPOILER]

[SPOILER]Arcus will feature fully interactive music, dynamically mixing in and out to set the tone of the game. Enjoy a sample of the Main Theme of the game, by the talented composer Karel Psota:

Arcus is up and running on mobile! Here is a video of the game running, which looks about 1:1 to the direct feed videos I posted above (with the exception of the water which will be fixed soon), all with a decent framerate! 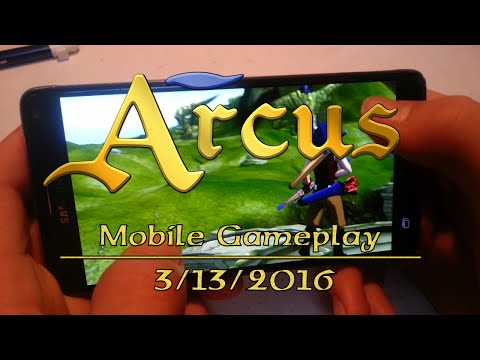 For now we are just using a free WIX account, perhaps later we will buy our own domain. 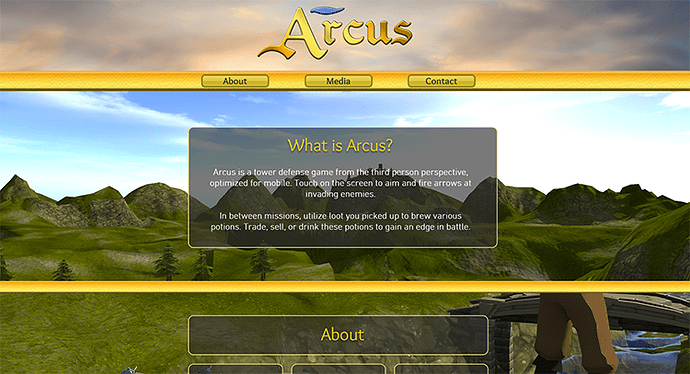 As we update the game, we will swap out the images here for more variation.

Animations are being added for the horseback archery, the system inspired by Shadow of the Colossus. I also worked on implementing the audio into the game.

Here are a few screenshots, for your enjoyment! 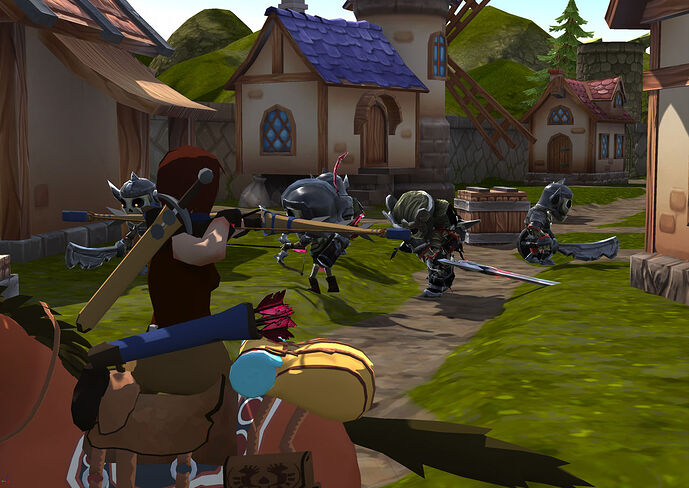 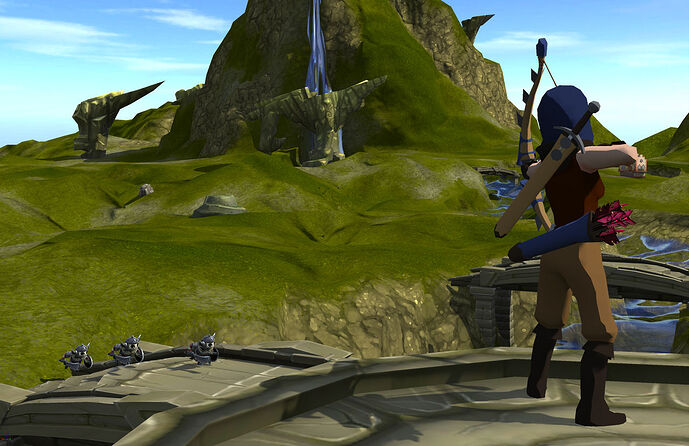 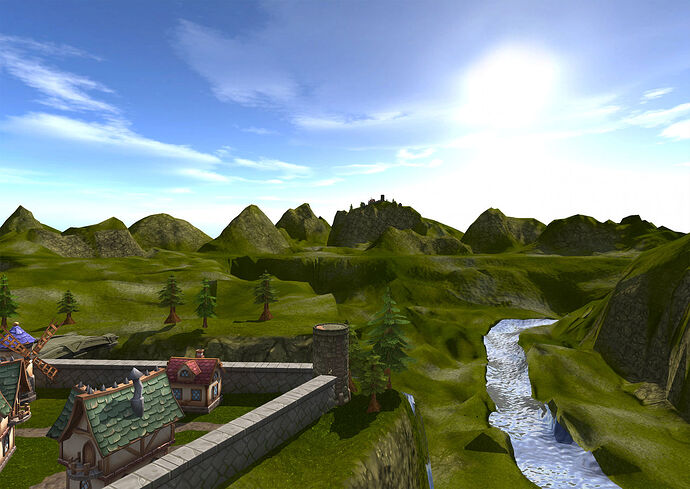 Thanks for showing me your game at the GDC! (: it looked fun, even in the early stages.
Looking forward to it!

Our first pass on our UI design! I already have changes I would like to do, but for now it is entirely functional, which is great!

Here is an alternate outfit, which Elle will wear when she is not in combat.

Also, since it is fully rigged to the same skeleton, you can totally play the game in this outfit, so maybe I will make it a secret unlockable or something!

The main menu displays 4 different times of day on startup, which is actually synced up to your mobile devices internal clock! 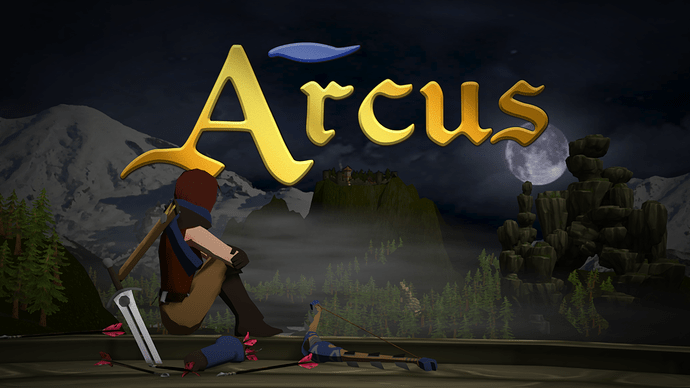 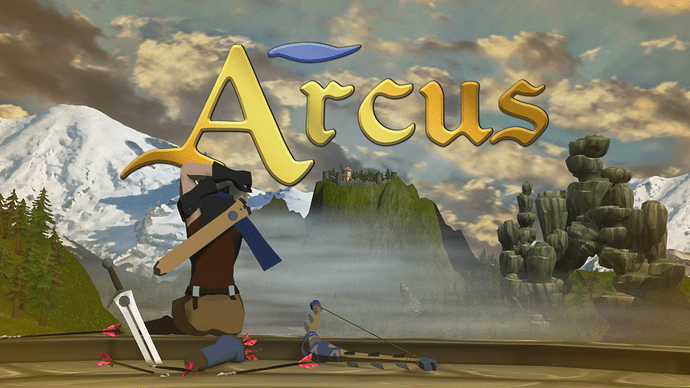 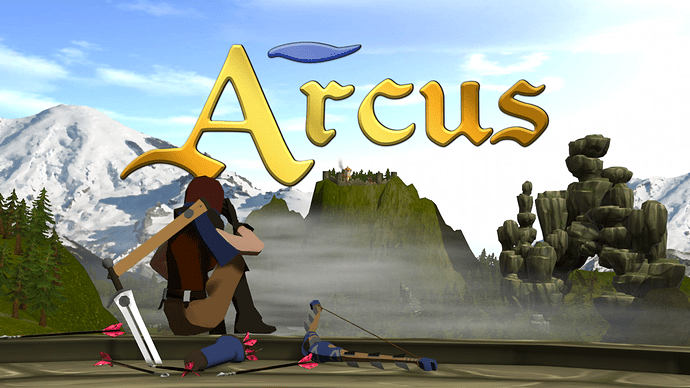 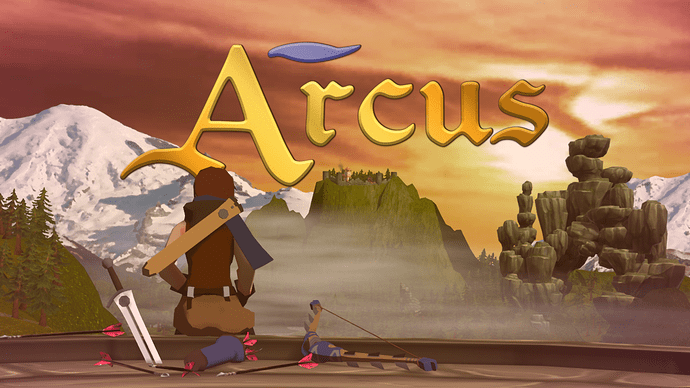 This was also posted on the Screenshot Saturday thread, but I will also post here as well, as it is relevant information based on this games development!

We also updated the first post with new gameplay, so check it out!

Thank you very much! Every comment is super appreciated

Did some promotional art for Elle, the protagonist! Apparently she doesn’t work on the weekends because she’s got a bad case of the Mondays!

Finally did a pass on the barriers! Can easily adjust their size, and since the flag is a hand animated asset, you have the ability to rotate it to face in the direction of the wind. What I need to do next is make ‘damaged’ versions of the walls so I can swap those out when they get past halfway damaged.

That’s it for now! See you all next time!

Been out of commission for awhile, but we are back!

Now that E3 is done we can get back to work, and of course get back to updating this blog with content!

So for today’s update we’re showing off a new character, with a few updates to the artstyle (mostly related to how the hair is textured): Check it out below! 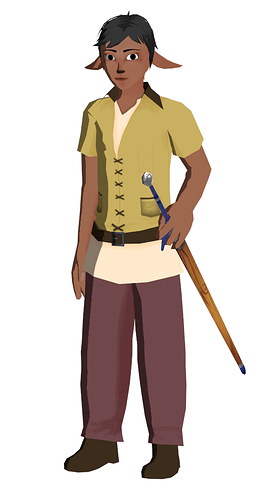 A small update, but level 2 has officially been started! We are still working on the overall layout, and a few bonus things unique to this level, but so far it’s looking pretty good! 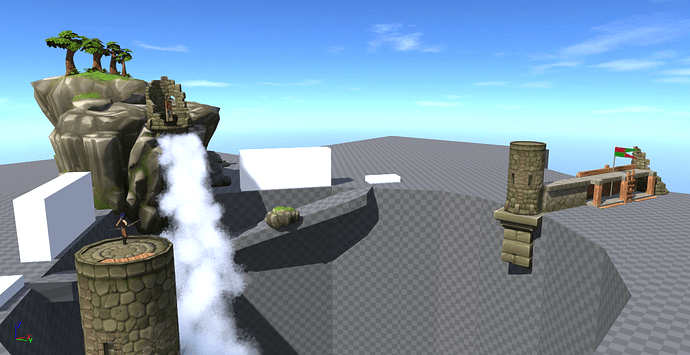 Also, we finally got around to creating the 5 different arrow type assets, as well. 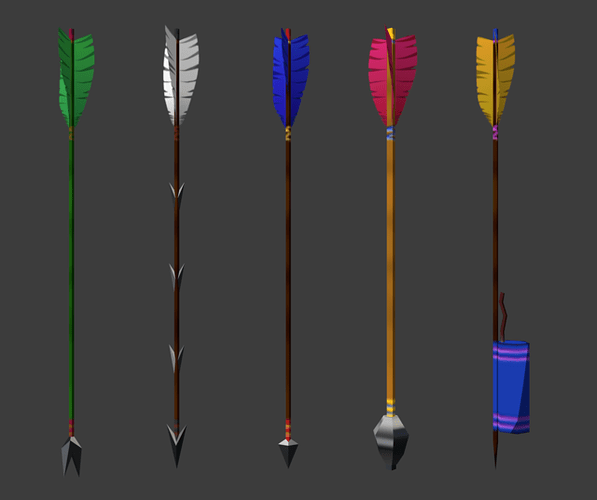 Because of all the alternate outfits I created for Elle, and how easy it was to change the outfit for the game blueprint (just set the skeletal mesh good to go!) I spend 2 days working on this ‘wardrobe’ system, where you can set your outfit, as well as your sword, and some light armor configurations. It’s light on content, but I don’t plan on making this a huge selling point / big feature and instead making it a cool little bonus.

Enjoy a video of the system in action!

Nice art. Any tip to optimize for mobile? How much effort a day are you putting into it?

Beautiful looking game / art. This, coming from a shooter guy who tends to view mobile as ‘great yawn, more low-poly’

But I watched all the videos, and loved the clip actually showing gameplay running on a target device, very nice to see!
Hope the levels are large enough and the gameplay varied to keep interest, but apart from that great job. Good luck!!!