Hey everybody, I would like to ask you guys if there’s some ways I can really push this scenes lighting, post process, and shaders to really push the realism. Anything and everything helps.

Here are some renders, and if you need anything else to crit properly, feel free to ask. 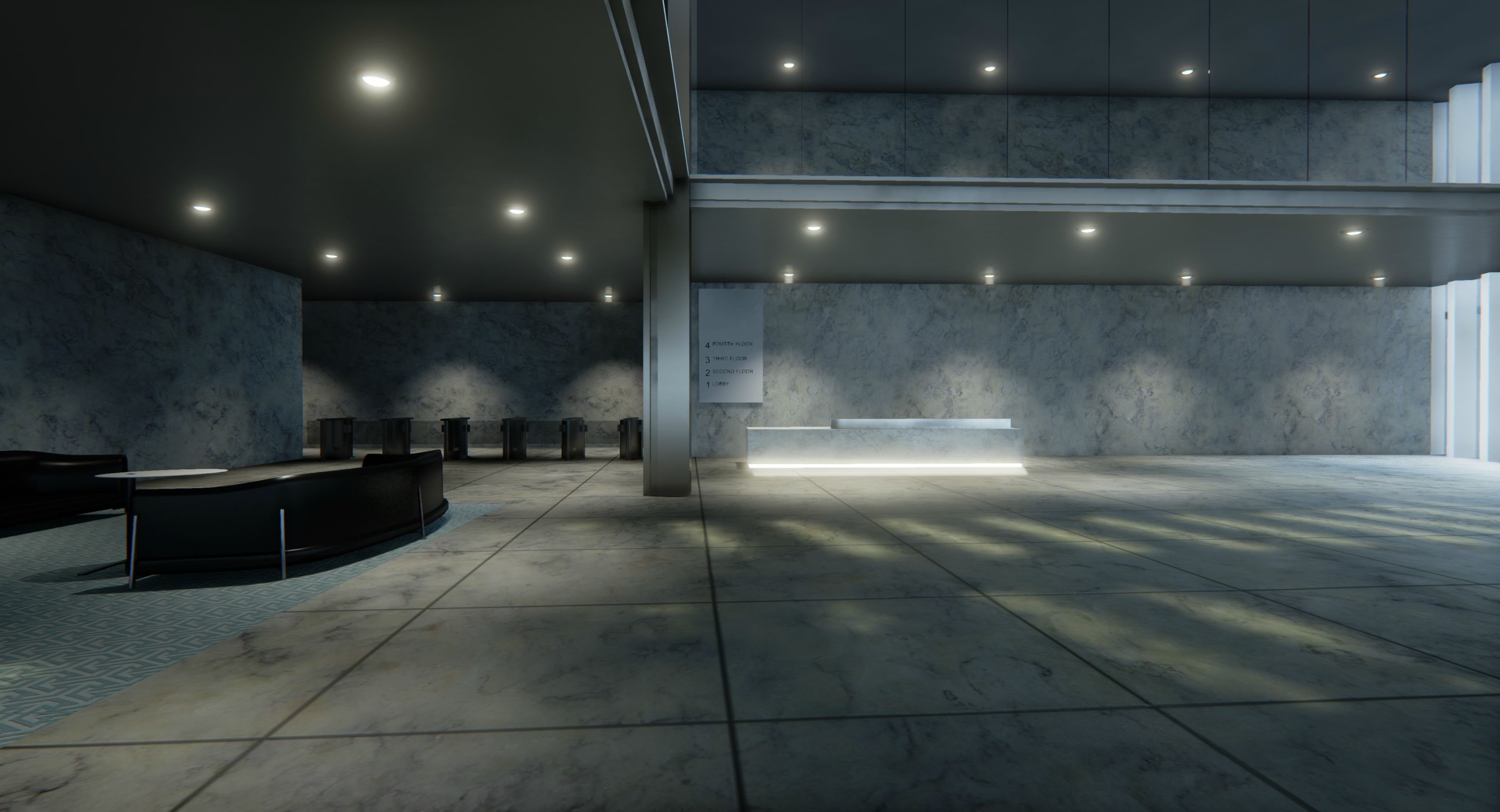 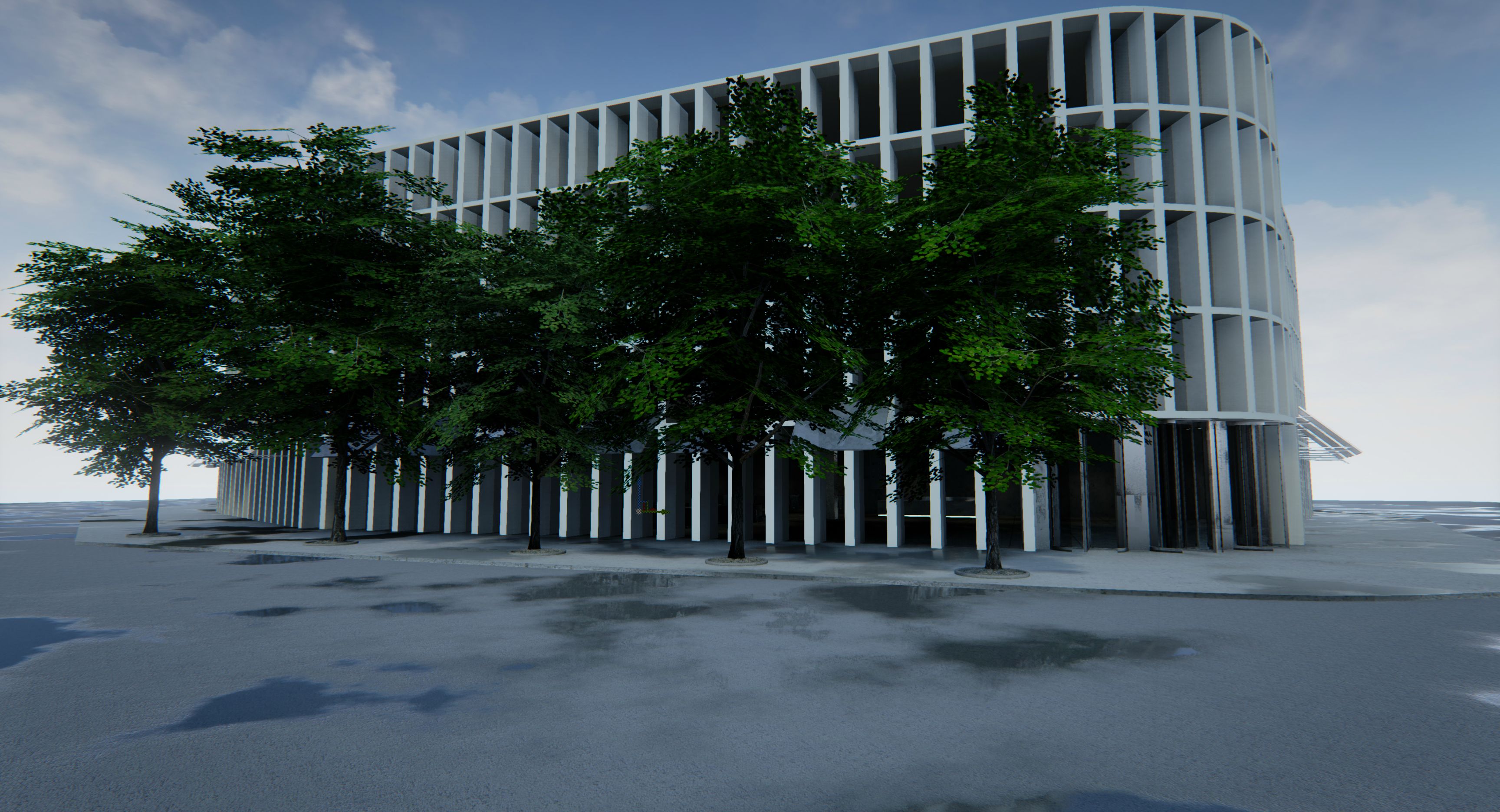 That’s a good start. There are some things that could be tweaked to make it even better:

So, there are two types of light here: sunlight coming in from the outside, hitting the floor in the lower right quadrant; and the ceiling lights. It would look better if the sunlight was the stronger component here. The bloom on the ceiling lights makes it look like they are the brightest, which doesn’t make sense. Should probably be the other way around.

The wall texture looks out of scale (too big) or possibly has a bit too much contrast, which is a bit distracting.

The material on the central pillar and the floor sections it is supporting looks a bit undefined. It’s not clear what material it’s supposed to look like, so it just looks like some nondescript grey stuff.

On the floor in the lower left quadrant there’s a different material with some meander-like pattern. The transition between this and the rest of the tiled floor material is very abrupt and artificial looking, because of the razor-sharp seam. Ends up looking a bit randomly thrown in there. Might be good if there was something more plausible going on there, some sort of trimming made from another material, or maybe a more obvious gap/seam of some sort.

The sky tells me it should be fairly sunny, but the sun isn’t strong enough.

The material on the facade doesn’t look like anything particular, just nondescript grey like the interior pillar.

The trees are not awesome. It’s a bit too easy to see the planes holding the leaves texture.

Hope this helps, and I’m looking forward to see the updates!

Thanks again for posting!

Hey there again. I tweaked the various things you mentioned Xenome.

Any other changes, tweaks, crits, or tips any of you may have are of course welcome. 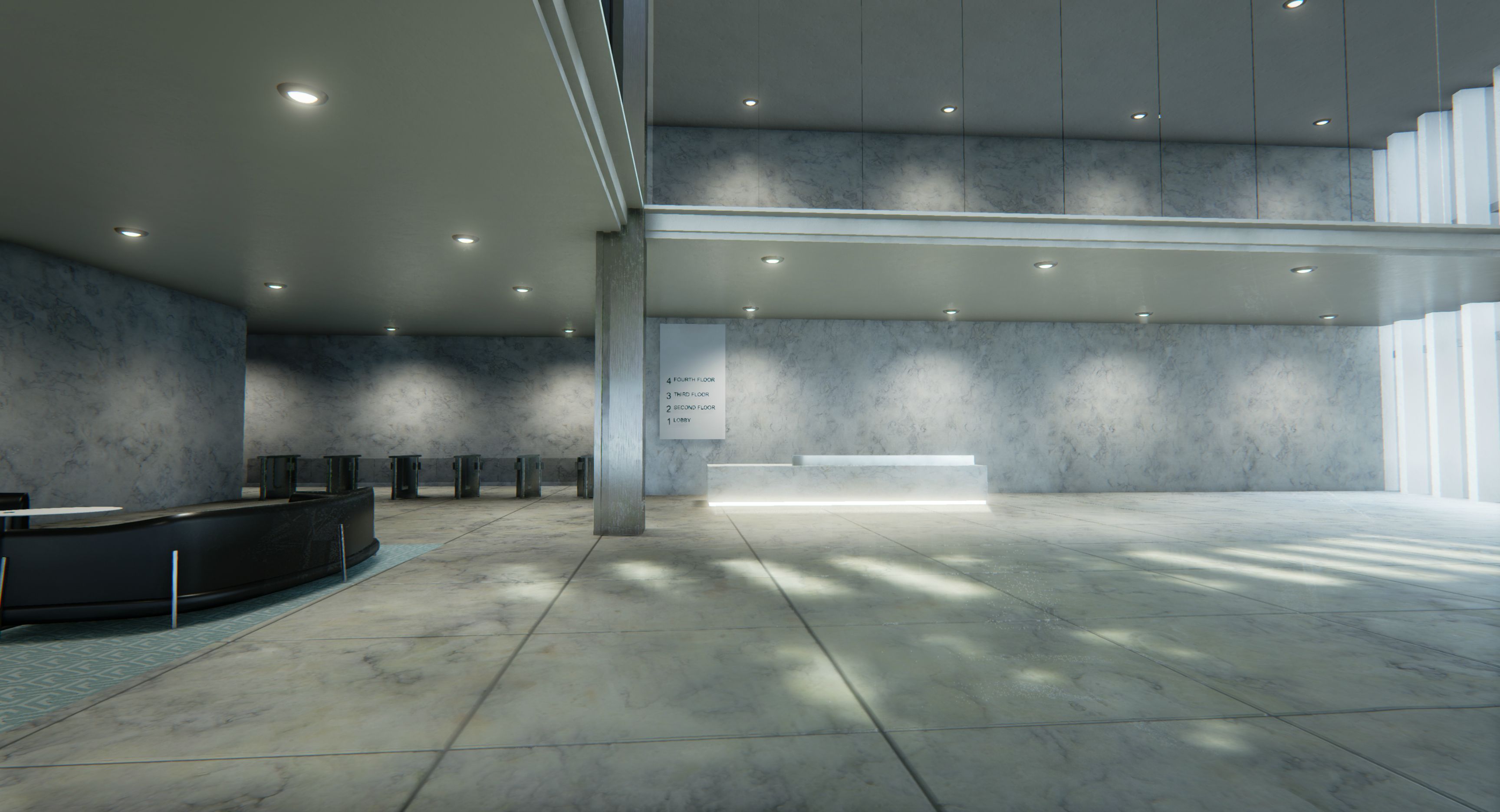 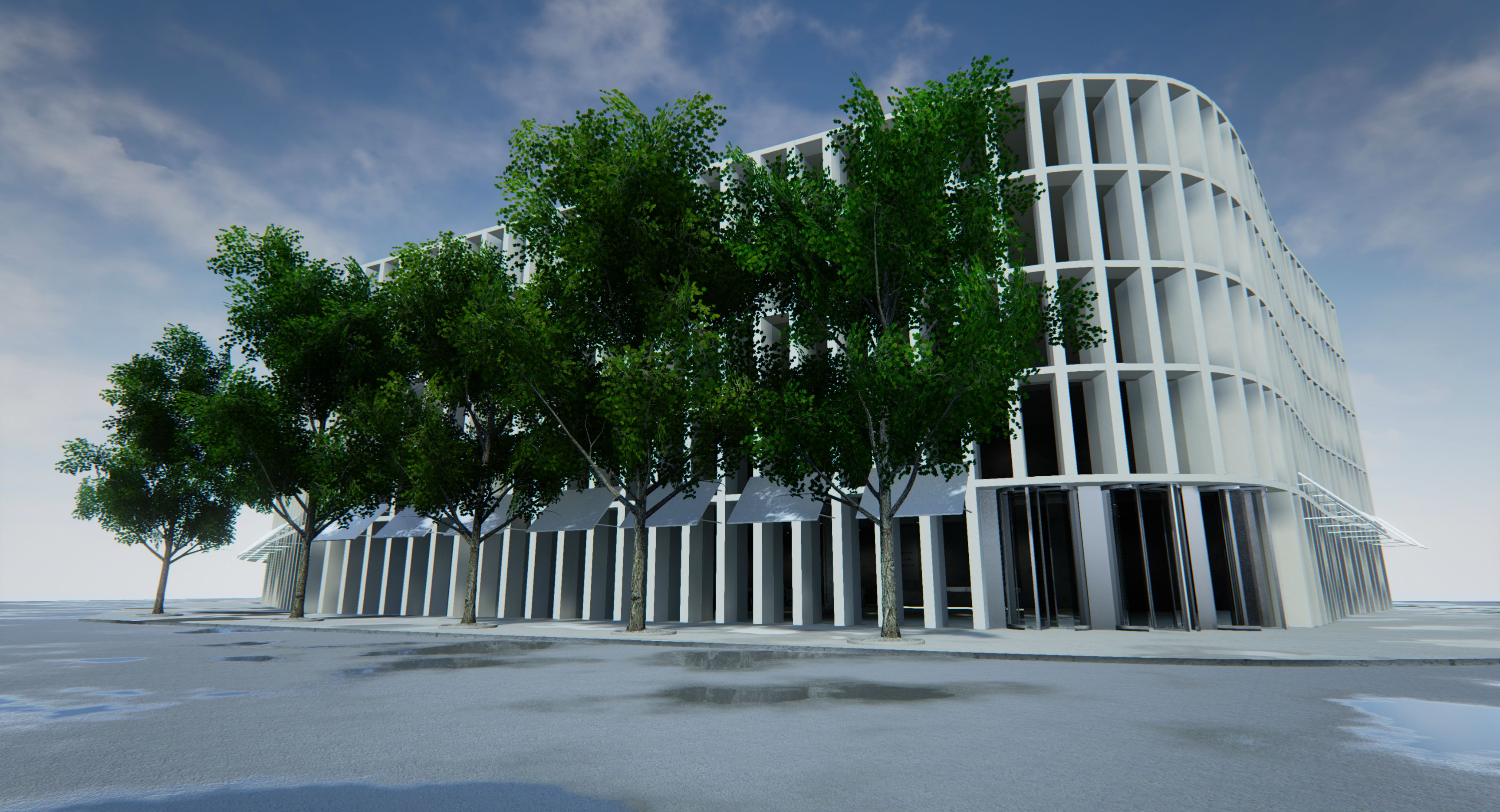 Good job on the trees. Much better. Side-note: maybe the building would look more imposing if the trees were scaled down a little.

The interior looks rather washed out now. Try dialing back the intensity of those downlights quite a bit, and let lightmass handle more of the flooding. Another thing that hits me is color temperature: the downlights would typically be somewhere above 6500 K, whereas the sunlight might be in the 5000 - 5500 K range (depending on the time of day, but based on the angle of the light coming in through the windows, it looks like the sun is closer to the horizon rather than zenith).