Apply Damage with more than 1 value at the time? Workaround

Hey,
I’m currently stuck with the Problem that I can send only one value/variable with a single call of ApplyDamage, while I Need 2-3 variables being transfered with the same cast. As an example an armor piercing attack: I would Need the Damage value as well as the amount of armor which is penetrated. Calling ApplyDamage twice wouldn’t work in this case.
Greetings
Miwa

Make your own custom event with as many inputs and outputs as you want. Here is an example below, all inputs are custom. 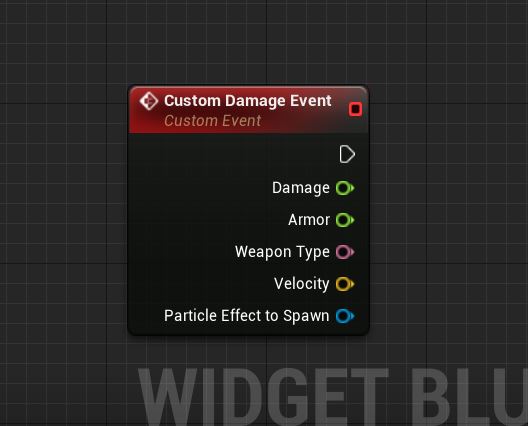 Yea interfaces would be better, I was just going with something I could show quick but putting this in an interface would be ideal

doing it this way i would also probably use a interface so that many classes can use the same events.

another idea you could try would be to use apply point damage node and just pass the pierce damage as something in the hit info such as the X in location. its not the cleanest solution but it would probably work i imagine. 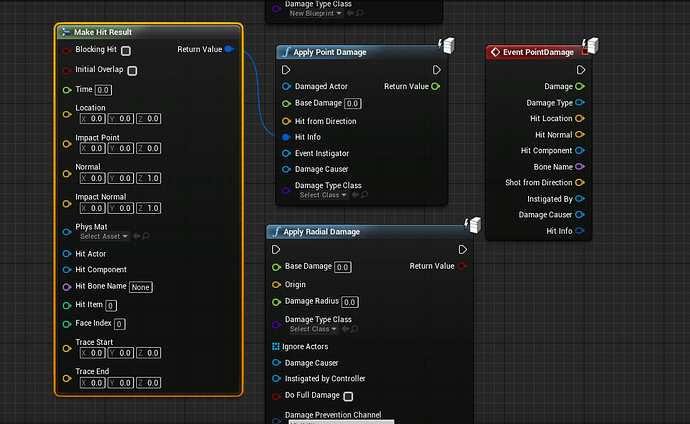 you can just add them up before sending a single final value though, can’t you?