Apple iPhone 6 Plus can Bend and Break in your Pocket!

[FONT=Times New Roman]Apple iPhone 6 Plus can Bend and Break in your Pocket!
A number of iPhone 6 Plus users have complained that their new Apple phone’s anodised aluminium body bends and in some cases even breaks when kept in pants pockets.
This recently found glitch with the new iPhone 6 Plus, dubbed as the ‘bendgate’ was first reported by MacRumors. It reported that “a small but growing number” of iPhone 6 Plus owners, to their horror, discovered that their phone had bent after they carried it in their pockets.

One iPhone 6 Plus user found that his device bent after a day of “dancing, dining, and driving to a wedding”.

Russell Holly, a reporter for Geek.com too discovered ‘a similar — but significantly less noticeable — effect’ on his iPhone 6 plus. 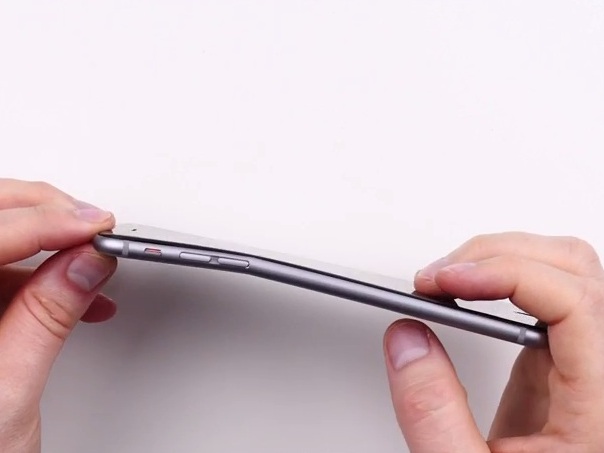 “Much like these other reports, my phone had been in my front pocket for an extended period of time while I was driving. The phone is otherwise in perfect working order, and has never once been dropped or sat on (or anything),” he said.

Lewis of Unbox Therapy after an iPhone 6 Plus bend test found that new Apple phone not only bends but it can break too.

In a video to test the iPhone 6 Plus, Lewis is seen exerting pressure on the rear panel and during the course of the test, a bend is seen just below the volume rocker.

He points out that the bend in iPhone 6 Plus takes place in the weakest spot in the phone located between the power, and volume keys.

Everyone was talking about flexible screens and phones, but now that Apple finally delivers, everyone is like WTF!