I have signed and build an Android App bundle using API level 31. But when uploading to Google Play Console for internal testing, I get

Your app currently targets API level 28 and must target at least API level 30 to ensure that it is built on the latest APIs optimised for security and performance. Change your app's target API level to at least 30.

Looking at the logs I see that I’m using Level = 31. In fact I don’t even have 28 installed on my computer.

Anyone else had this issue? I saw another thread that explains to do Project Setting → Platform → Android → SDK API Level → Change to 30 (or above) But I have already done that.

Below are my settings.

I’m unable to put my game on Google Play. Appreciate the help in advance.

So what you have to do is … 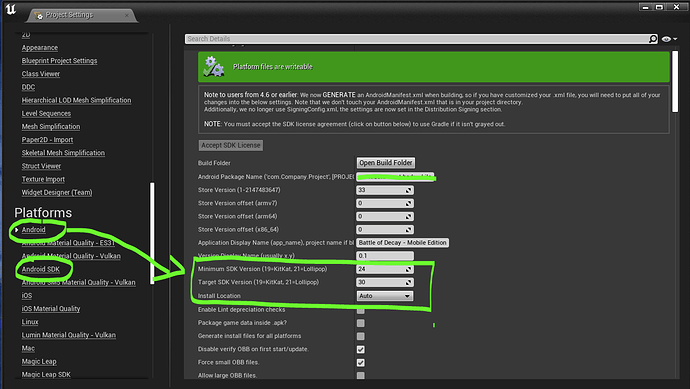