I use Apex Clothing for my female character’s hair. I’m noticing when moving on a vehicle, the hair lags behind the pawn it’s attached to.

I’ve read the Epic docs on this and they do mention something about it. They mention that setting bForceUpdateAttachmentsInTick=true for that skeletal mesh component should fix this.

However this doesn’t seem to work for me. I also tried setting this on the vehicle’s mesh component. I’ve also ensured that my pawn has TickGroup=TG_PreAsyncWork.

Anyone have any ideas how I can resolve this? Thanks

Any ideas how to affect the tick order for attached components?

This issue only appears to happens when attached to vehicles.

I have other Apex clothing assets that are attached to moving actors (like on weapons held by the player), and they will lag behind but are fixed by setting bForceUpdateAttachmentsInTick=true. However this seems to do nothing when attached to a vehicle.

Another is this section…

So if you can’t or don’t want to muck around in the C++ yourself, you could probably still find a way to force the game to call UpdateChildComponents() or ForceUpdateComponents() while riding a vehicle. I would try it during TickSpecial.

I am still using UDK for GOTA new update soon… but hey emmhhh, isn’t this technology maybe too old? ( clothing ) … ? no idea…

Thanks for the input @Nathaniel3W.

I’ve tested in the editor, and the same lag is present.

If i don’t attach the driver (which usually gets set using: driverPawn.SetBase(self, , Mesh, Seats[seatIndex].SeatBone)), and simply SetLocation() on the driver each TickSpecial() on the vehicle, then the hair is in sync with the player pawn (even if it’s a bit twitchy).

The issue only happens with the hair (Apex Clothing), but using a static model (no Apex simulation) looks pretty awful when you’re used to seeing the hair move around.

Also worth nothing; that if I switch my pawn to rigid body physics and toss them at high speed, the hair stays in sync with the pawn. So the problem is purely to do with the vehicle ticking it’s attached components.

Well, if you’re thinking up wild solutions, here’s my suggestion:

Attaching hair to a car?

Genius workaround but it also feels a bit like this: 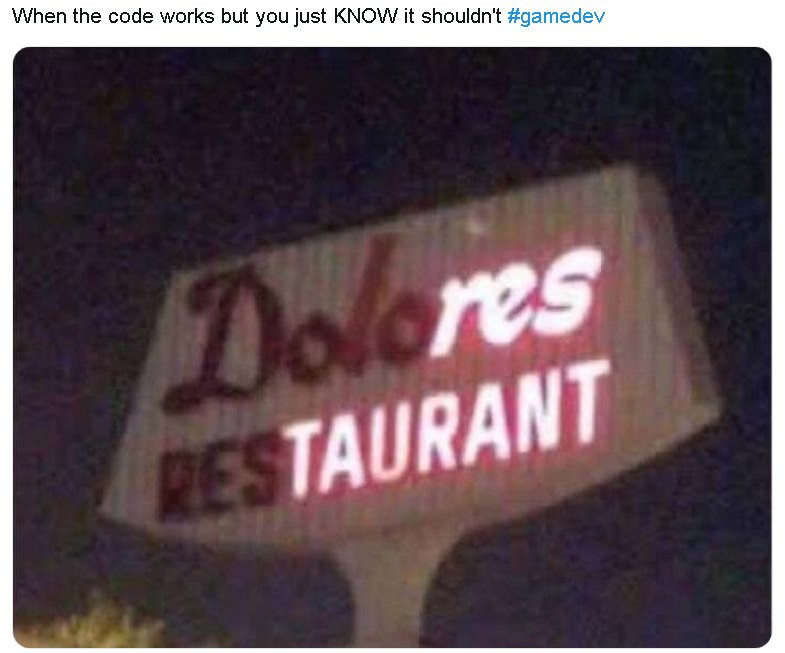 Haha, well that was one of the first things I tried. Unfortunately any skel mesh component (with apex clothing) lags the same way, even when directly attached to the vehicle.