Anything like a Set Curve function available in Blueprint?

I am assembling some particle system blueprints and I am currently stuck on this one. I know that I can get color, vector, etc and apply those to exposed variables in particle systems, but I do not see any way to set a curve.

This appears to make any sort of alpha, size or color over life impossible to set via blueprint. Is this the case at the moment, or am I missing something?

can add a timeline and set a curve in it. to adjust a float, or vector over time.

Any examples of this in any of the sample projects within unreal, or in a video demo and whatnot?

Seems like the timelines color option would work better (for particle color fields at least) but i cant find out how to connect that or a timeline curve back into the particle.

Which Particle you using and what do you want it to do? Do you make it move in a circle or rotate the particle on the spot.

There is a Rotating Movement in Blueprints you could play with?

oh no, sorry, i’m trying to drive a particle variable with something within the blueprint. I can set basic variables like vectors, but (as with most particle system parts) i need a curve or vector set over time.

Someone suggested using a timeline curve (or color) to drive that variable, but i dont see how to convert the timeline data into something the “set vector” or “set color” can use. And quite surprisingly, i dont see much of any examples, tutorials, youtube videos, etc on this. Seems like it would be a common use

You create a vector track in the timeline then you can feed it into the particle system. 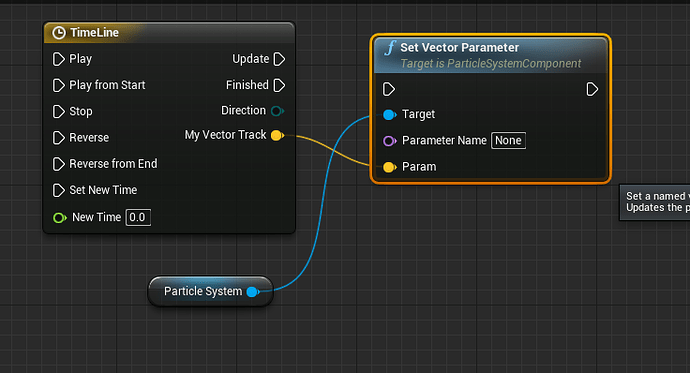 oh, i see, i was pulling from the wrong nodes in the timeline box. thanks much!!

or maybe a simpler question… am i wasting my time making blueprints for particles? for ease of editing and spawning, or so i think >.<

I think what you are looking for are Float Curves & Color Curves, they can be created by right clicking in the Content Browser, highlighting “Miscellaneous” and selecting “Curve”. You will be able to choose whether you want a Float, Vector, or LinearColor curve.

To use the curves in a blueprint (I use them in both the construction script and the event graph) you just need to create a variable and set it’s type to either CurveFloat, CurveVector, or CurveLinearColor. with that done you can use the curve with a float variable driving the time 0-1 range (or any other range, it is not limited to 0-1) like this: 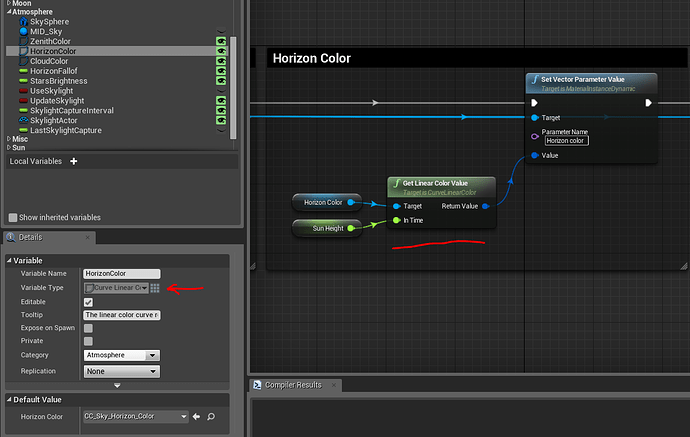 If you double click on the actual curve asset in the content browser you can adjust the curve similar to how the other curve editors work in the editor: 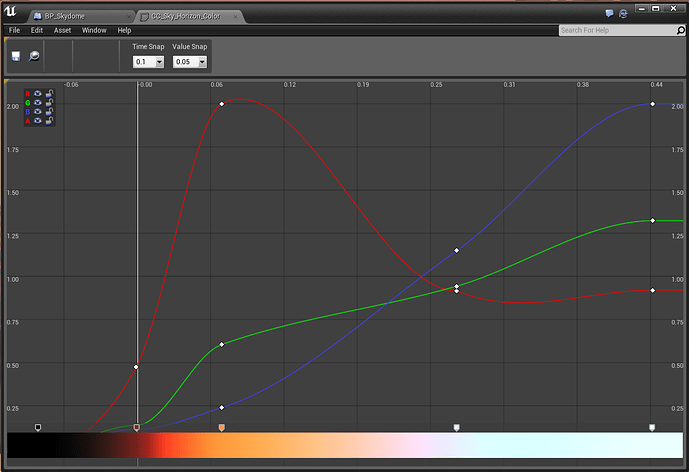 All the examples above are setting a value in a DynamicMaterialInstance, but you can expose a Vector/Float parameter from within the particle editor as well if you want to adjust some other values.

Hope that helps, let me know if you need some more info! 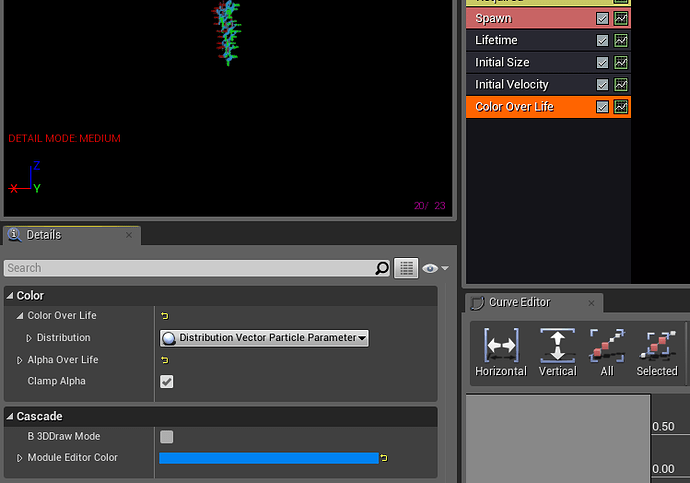 that is definitely what i was looking for dotcam, thank you!

Hey guys sorry to drag up an old thread but I’m trying to find a solution to this issue and none of the ones I’ve found online are satisfactory.

I want to make the ColorOverLife a “parameterized” curve which I believe is the intention above. However, I have a few issues with the above solution and hopefully y’all will have some answers.

Basically what I’m trying to do is modularize a bunch of my effects to be able to easily change color palette based on what team a player is on. I want it to be modular because I want the freedom to add any number of teams and not have to duplicate particle systems and manually add switching calls and whatnot in BP. The goal is a single master particle system with a dynamic ColorOverLife curve that has different color values depending on a player’s team.

This seems like a fairly common use case and frankly I’m surprised that you can’t feed a LinearColorCurve as a parameter to ColorOverLife.

Any help would be greatly appreciated