Anybody have a solution to make realistic interactive water for a game using the water plugin?

Hey there @SupremeLeader3.0! By interactive, do you mean splashes, foam, etc? Or are you thinking more in depth like fluid dynamics?

As of 5.1 the foam setup in the water material had been broken.

There is no such thing as realistic water.
It is all predicated on simulations - the best of which come from Nvidia game works.

Approximations are obviously possible, but the “best” solution is - as it is often the case - a custom implementation of whatever you need.

Simulating positions and flow is possible with vector fields.

Simulating a proper shoreline is essentially impossible so-far. The best you are likely to see are from AC odissey ( You can play around with different techniques to make the shore look more realistic, but the way the waves re-enter the water will always give it away).
Only possible exception to it I can think of being Nvidia, but it isnt capable of simulating such a large surface area as a beach at runtime.

There are a thousand and 1 workarounds you need to know or learn or re-invent to get all effects and common usage things:
boats without water inside of them, a camera view that can see the wave rise as you would throguh goggles, meshes without separations/gaps when tiled… so on.

Its essentially its own 3 year study just to get something viable for a videogame if you have no idea of where to even start.
Theres many forum topics on fixing different issues or ideas of different techniques to use - including some that levarage epic’s take on water like you request.

I have seriously never even bothered with it, but it would stand to reason that interactivity is done via a scenecapture or vector fields.
And according to various posts, the screencapture2d isn’t working properly in 5.1, so that alone could be a reason for things not working…

Fluid dynamics
Such as when the character moves, the water moves with them

Not a thing. “water” isn’t actual water.
Check/Try the nvidia FleX thing. Closest you’d be able to get. 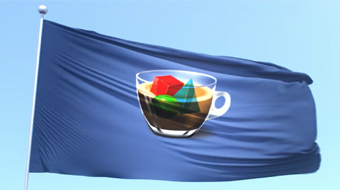 CGIcoffee.com blog author Armen Barsegyan conducted two studies involving PhysX FleX to see how FleX could be integrated into a Digital Content Creation package (Autodesk Softimage) and whether it could speed up cloth and fluid simulation for...