Introducing a solution to all of your gravity-defying pawn needs for non-networked projects: the completely reworked Anti-Gravity Levitation System! This Blueprint-based pawn system allows users to quickly set up and tune controllable levitating vehicles and characters for a variety of applications. It includes tons of features that are the results of many hours of coding, including built-in support for barrel rolls, knife-edge side flips, boost, pitch control, strafing, thrust, braking, lift mechanics during flight, velocity-based camera effects, and many more exciting features. Just about every aspect of the pawn is easily tunable by a large number of variables, and the code is compartmentalized to make additions easy to integrate.

See the video below, or drop by the new website for more information and access to a downloadable playable demo. 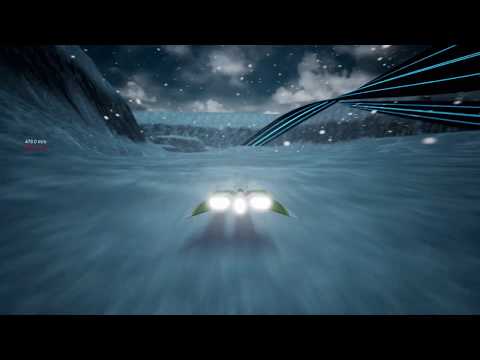 Thanks for dropping by; feel free to leave comments or ask questions!

What price point are you aiming for?

Hmm, I think, that 125$ is too high for that… It’s easier to spend couple of days to make your own instead of paying that price.

Of course, as Osok asked, it really depends on network. If it does not support network or does it pretty badly, than this system should cost like 30$.

Of course, as Osok asked, it really depends on network. If it does not support network or does it pretty badly, than this system should cost like 30$.

Definitely, if it is simply server side it is worthless. Will need client prediction implemented as in the character movement for that price (Which I would indeed purchase). Even EPIC’s own vehicle systems are simply server side control. Really sad actually. But that is off-topic.

The system was not originally designed with networking in mind, though it should be relatively simple to extend functionality for. This system only uses one raytrace, so there should be very little efficiency issues. Since this is something that there seems to be demand for, however, I can certainly see if I can get that functionality implemented.

Thanks for the responses!

I played with the system in a multiplayer setup, and it seemed to perform very well. There was no strange performance, but client movement prediction would still need to be implemented. I will see what I can put together.

While networking implementation would be nice, it would require me to make a networking system that might not work with certain projects since I would be determining the method of network authority, how the server and client interact and how often, etc. It is not as simple as adding a CharacterMovementComponent, unfortunately, since this system is entirely physics-based. As such, I currently plan on leaving this version server-only since users would then be able to implement their own systems that would fit their individual purposes without stripping out my code.

Make sure to simulate latency, as playing locally with two clients will give a lot more stable behavior than a real network situation will.

This looks quite cool although I wouldn’t pay that much for it + 1 to networking it efficiently, looking forward to seeing more.

Thanks! I will also mention that the price point will likely be lower than that original value, especially since networking is currently not supported.

I would love this but yeah, without any networking or advanced features I likely wouldn’t pay over $70

Saw this got on the marketplace, Grats!

Still a pity it has no networking though, and that price… Oof

If it’s good and you think the price is worth your time, do not listen to the others who talk about doing it themselves. If they could, they already would. This is why I don’t make market content. Lazy people that don’t know what goes into anything want everything for cheap.

Just wanted to announce that Version 2.0 of this product has been released! See top of the thread for details. The update is 100% free to current users.