[AnswerHub/Meta] Is it possible to add horizontal scrollbars to Code snippets in posts and comments?

I used one of my bug report posts that has code snippets included. Code snippet is sections of the text post where it is indented with 4 spaces to allow Markdown to use code-style formatting. This is done by selecting a portion of the text and pressing CTRL+K. 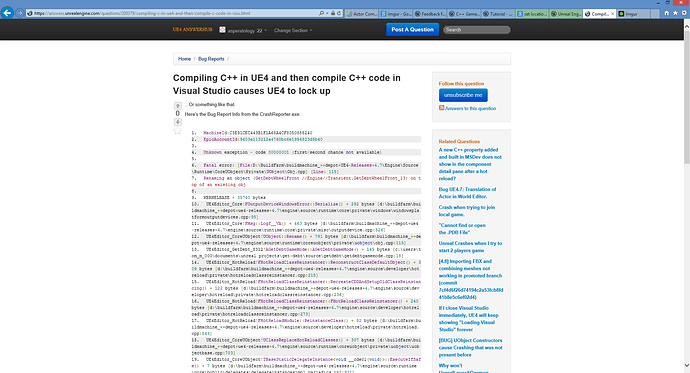 There are two suggestions I could give in regards to this:

Personally, if you ask me if I could read the contents in the code snippet, I could have a bit of trouble reading the codes line by line.

Adding a horizontal scrollbar to the code snippet would be beneficial to everyone.

The reason why I came to the conclusion that everyone have beefy systems? This thread implies so. Just look at the pictures. An average Unreal Engine 4 user would be more likely to have 8 cores of CPU (i3, i5, and i7 nowadays) and 8GB of RAM (norm for x64 users, which a lot of us have), and we’re just talking about PC users. Also, the staff has not reported back findings of the launcher leak, so I suspect the issue is still known for half a year.