Hey everyone, I am working on a character for the marketplace, and I just wanted to post progress images to document it all so I can keep a better track on the progress.

Here is the initial concept art:

I have the T pose concepts as well, but they focus more on what goes where, instead of creating a coherent piece of art, so I won’t post them

Some statistics:
• I plan on keeping the polycount to under 15,000 tris, and compatable with mobile (I’m considering making a lower poly version for mobile, but i’ll cross that bridge when I get there.)
• I want the character to use the unreal skeleton so all pre-owned animations will work. That being said I do want to make some unique animations to help define her character, as throwing generic (read: male) animations might be a bit jarring.
• I want the ponytail to be fully dynamic, which will be a challenge for me, but I’m confident I can figure it out.
• For the ‘trailer’ video, I want to make a very basic character that can run around the environment to showcase everything.

Now onto the actual progress for today, here is the face and hair model:

There are some differences in the hair compared to the initial concept, but I changed it due to personal preference.

That’s it for now! I’ll post updates every few days as I make progress.

The base model is finished, and the face has been unwrapped and textured! The rest of the body has not been unwrapped or textured, and am just using solid colors to get the feel down. The props are also temp models for now.

Another day, another update!

What I did today was the wrinkle map, shown below: 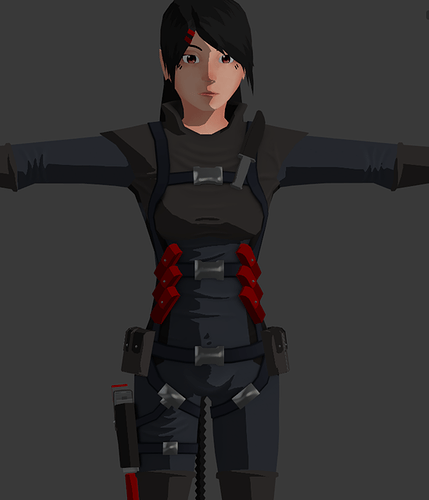 I actually painted the wrinkles by hand, with a b&w height map. I then put it through a quick online program that converts it to a normal map (NormalMap-Online)

Here’s both sides of the process: 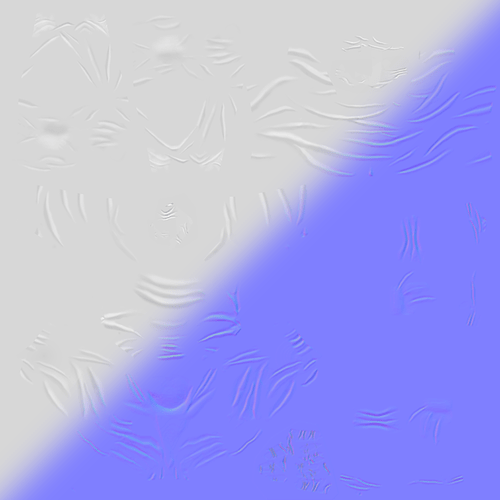 Thats everything for today! Next update will be the actual texture map!

It’s been a little while, but I am back, and with a more or less finalized model + texture! 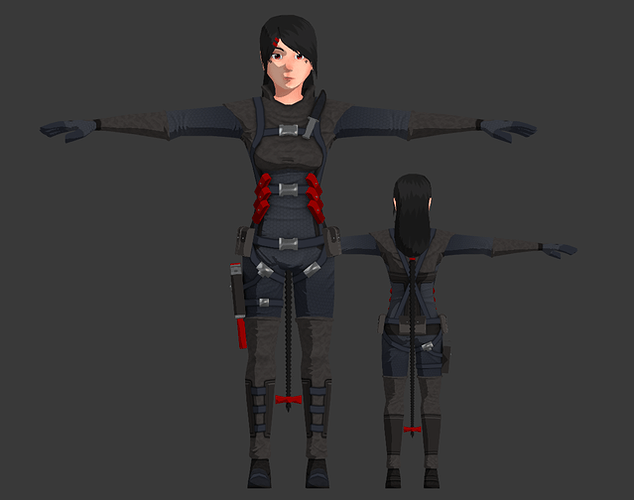 I added some smaller patterns to add to the detail, finalized the hair texture, and unwrapped and textured her props (with the exception of weapons)

Next is getting it all applied to the Unreal 4 skeleton, through Blender. Wish me luck!

The character is now fully rigged in blender. The trick is to make your own rig, and have the exported unreal rig parented to it, bone to bone. When you make an animation, just bake out the unreal ‘child rig’, and then export it out that way. It’s convoluted, but it works! 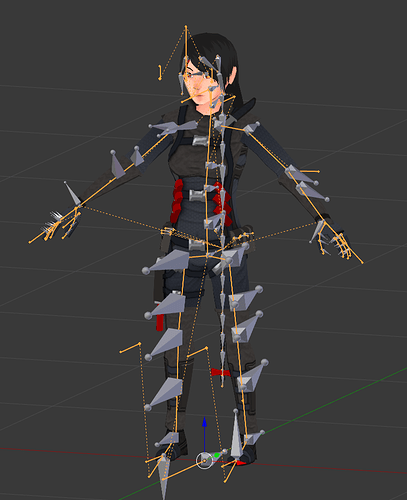 the orange skeleton is my own custom rig. The grey octahedral rig is the Unreal rig I exported. As broken as it looks it does still import properly.

Here it is in the Unreal engine, with some post processing effects to get the cel shading effect: 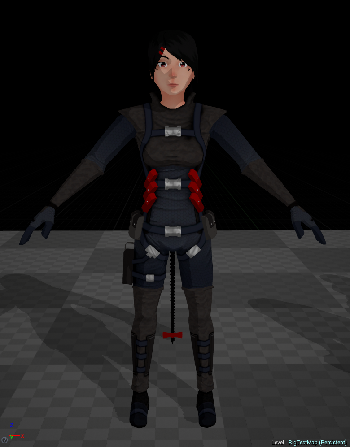 Next up, I focused on her facial expression. I wanted this character to be super expressive, so this was a big focal point for me:

There are over 40 morph targets, not including half + mirrored face poses. I also included a ‘blush’ map, which I put into a dynamic material instance you can change at will.

I also made a test animation to make sure everything is working (super short but it gets the point across):

That’s it for now! Getting close to submitting this to the marketplace!

Added in the rifle! It is a very simple model and texture. Alone, I wouldn’t deem this quality enough to sell. But as it is ‘bundled’ into a character pack, I feel like it is more acceptable.