Animations are not importing when adding them to an existing FBX

I have no idea why this is happening, but I have a skeletal mesh I am exporting from Blender. everything has been going perfectly until I started my project back up the next day and added a new leaning animation and a walking animation and re-exported from Blender and…nothing.
Despite adding these and re-exporting the mesh + skeleton to the FBX, they just will not appear in the project not matter what I do. I’ve hit re-import a dozen times. I have confirmed that the animations do indeed exist and were exported with the mesh by re-importing the FBX into Blender and double checking. They are there 100%.

The only way I’ve managed to get it to work is by force deleting the FBX and re-adding it. Only then do the new animations appear but this is terrible as it breaks all connected blueprints and other dependencies. I know I’ll be adding new animations very frequently and doing this isn’t sustainable.

Does anyone know how to fix this?(They exist now because I had to brute force it with a deletion but now I’m adding more and they wont appear) 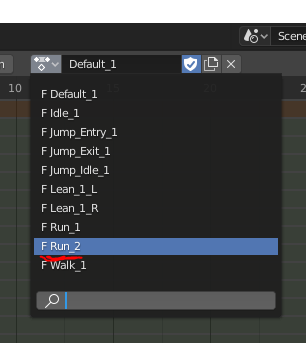 For instance I am now adding a new animation “Run_2” and again, the animation just refuses to appear in editor.

Try this addon: GitHub - xavier150/Blender-For-UnrealEngine-Addons: I have created this addons for export asset from B

I sorted it out. coming from another engine I had the wrong mindset and workflow going into this. I was lobbing my model, skeleton and animations all into one FBX. Having the model within the FBX stopped the re-import process adding the new animations for some reason.

Having a separate dedicated animation FBX containing only bones and animations would allow the engine to add the new animations upon re-import and update existing ones.

Someone can correct me if this is wrong but re-imports are now working for me. Just had to get use to this workflow.

Thanks EvilCleric, that does look useful, I’ll check it out.