I can’t find time remaining ratio on my animation blueprint. 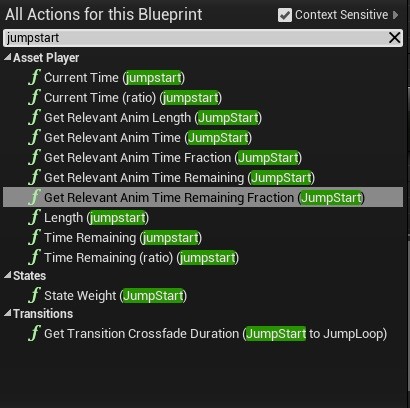 These nodes are available only inside transition rules.

just type “ratio” and it will show up

I’m not sure I understand. I see “Time Remaining (ratio) (jumpstart)” in the second picture you are showing. Are you trying to get the node outside of the transition rule?

It is menu must be as this photo 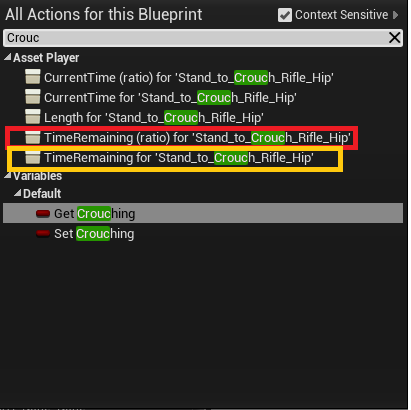 And time remaininig ratio must be like this photo 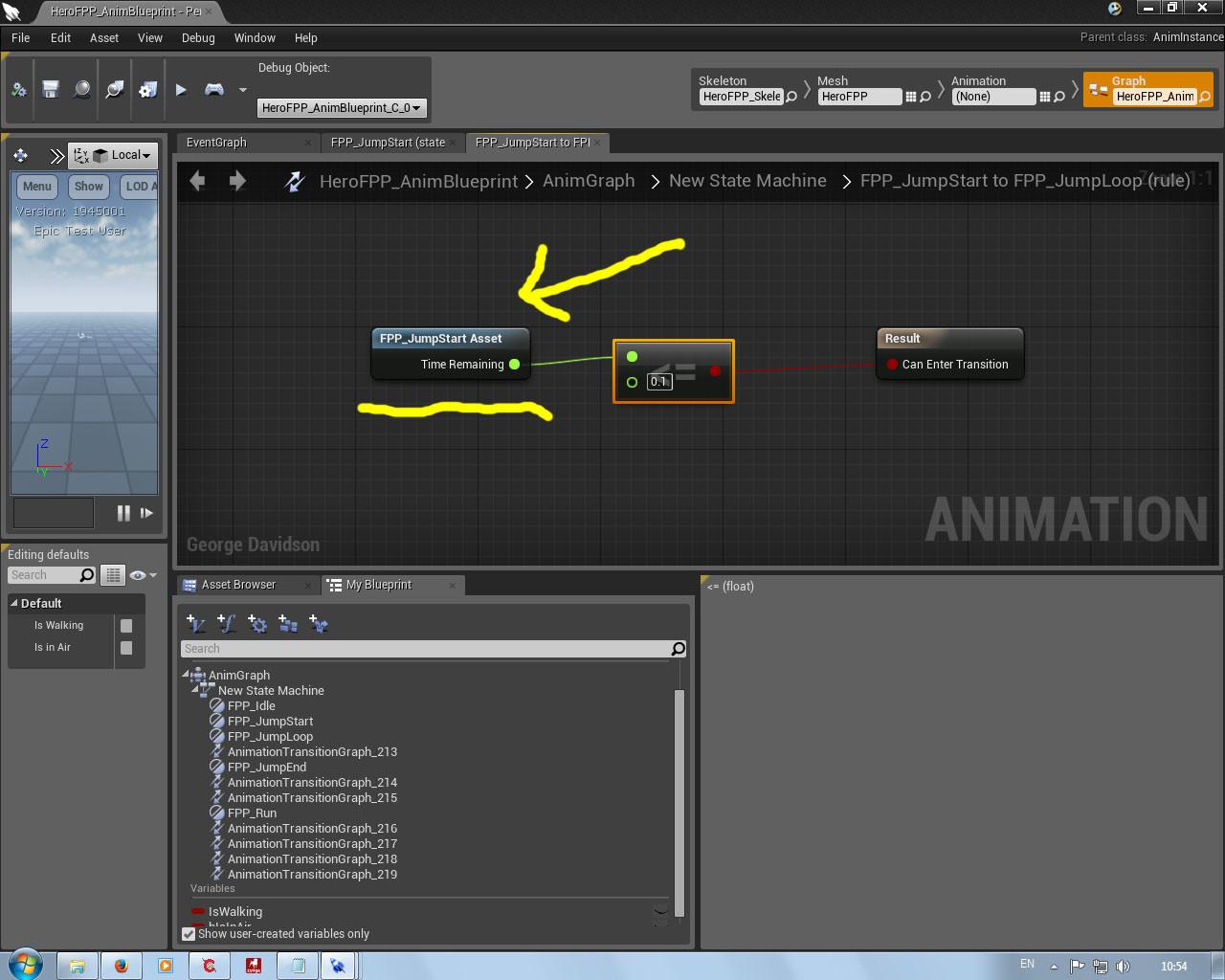 Okay i found it. Animation Bp System changed. Thanks

I am having a similar problem finding the Animation Time (Ratio). I am following a tutorial on Melee combat by Moize Opel.I am using UE4 vesion 4.12.3. Where did you find the solution?

Yeah, I’m not even seeing an option for “Asset Player”. I can’t author my state machines the way I did in 4.11 apparently. Is there a link to a page describing the new method?

found in another post what the problem is. The state machine needs to be feeding the final pose otherwise it doesn’t appear. You need to connect up the state machine and compile first, then you should be able to edit the transition rules with the time remaining nodes.

Hmmm… I have the state machine named “locomotion” connected to final pose, but I do not see any blue transition nodes when I type in “ratio”.
This is what I have: Blueprint AnimGraph Transition rule issue - Character & Animation - Unreal Engine Forums
On a side note, I have this working in UE4.8 but not UE4.12.3. Could the method be different? I am still kinda new to using the animation blueprints, so I apologize if I sound like a fool.

You have to compile it first. At least that’s how I got it working for me.

I cant find it either, i so hate when they change stuff without updating docs its annoying, the template third person BP has the ratio function but in my custom made AnimBP i cant find it, so frustrating if anyone found the answer please share.

Search for this function by right-clicking on the board but not using thread from “Result” node. When you do this it finds all functions that return only boolean.