I am using the ue4 default mannequin skeleton in my project and already have the walking, jumping, and punching animation for it. I found a cool free animation on mixamo that was made on its own skeleton. After re-targeting, everything works great except one thing. In the re-targeted animation the mannequin’s right arm is rotated the wrong way. I changed all the bones to re-target to the skeleton, except the root to animation, and I tried making the hips to animation scaled, but nothing has worked. (I also made sure that all the bones were re targeted correctly to the right bones in the other skeleton). Please help me identify the problem and how to fix it, because I’m at a loss. I put some pictures so you guys can see the problem. 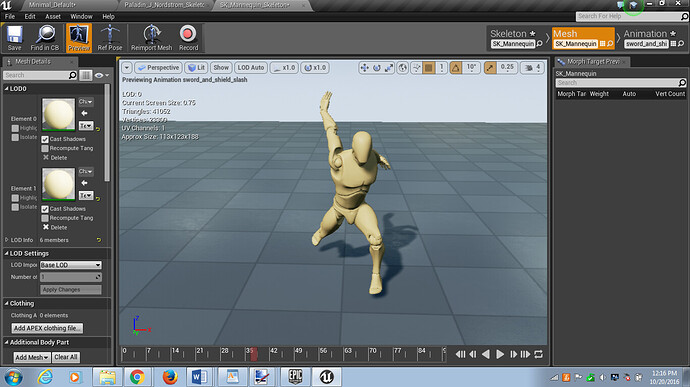 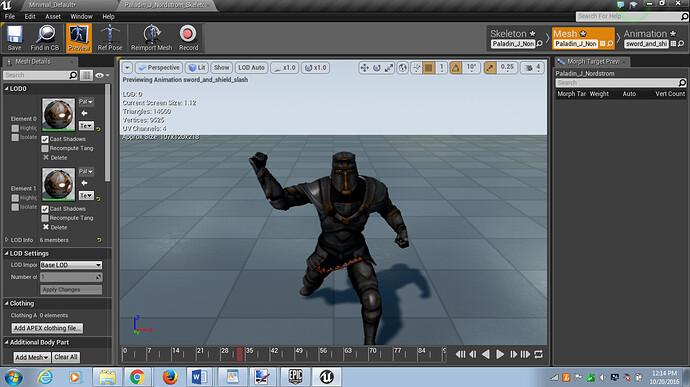 Ok, I figured it out and decided to post the answer to anyone else having this problem. It is such a simple answer - what the ue4 mannequin has labeled as “clavicle” is what the miximo character calls “shoulder”. I thought that because there was no bone near the collarbone I would just leave it blank

Did you completely get this working? I’m actually trying to retarget an animation from the same character on to the first person mannequin arms. All the bones are there. The problem is after retargeting the joints are all separated. It moves in the way it should though.

Yes, what I did with changing the bone names worked for me. Sorry but I never had an issue with separated joints and it’s been a long time since I’ve worked with unreal. Good luck, I hope your solution was as easy as mine.