Another episode in the epic saga that is my fight with UMG.

The crux of the issue is that when you change focus from one button to another, issues with the animation can occur.

The widget shown is called “FauxButton” because it looks and acts like a button but is not actually one because they’re more trouble than they’re worth.

FauxButton has a bunch of states:

Additionally, the button has a Tick event that checks what animation state we’re currently in and sets the color of the button and text accordingly. 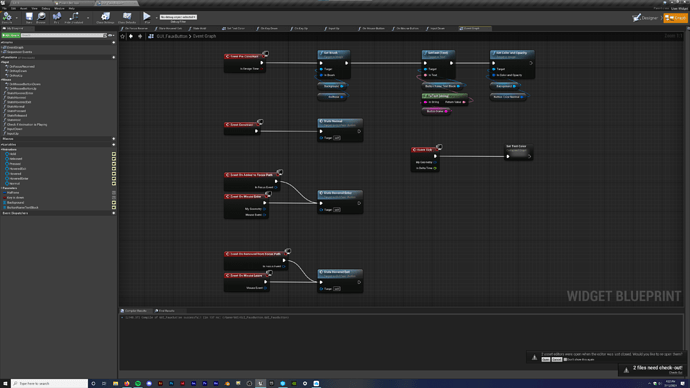 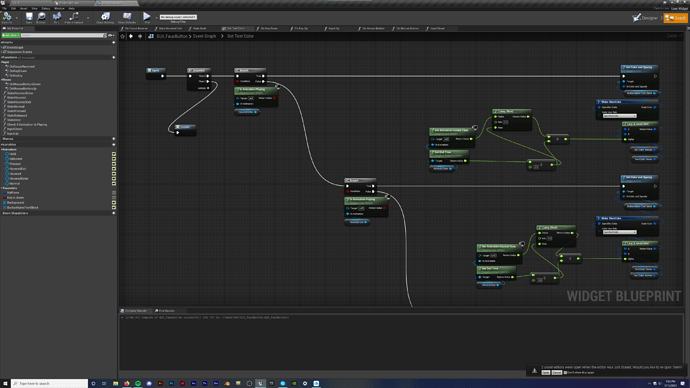 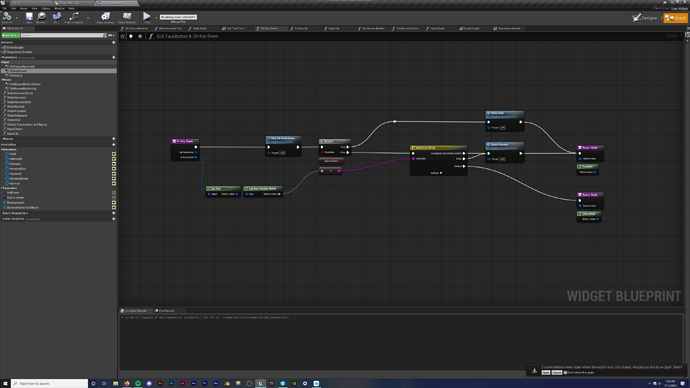 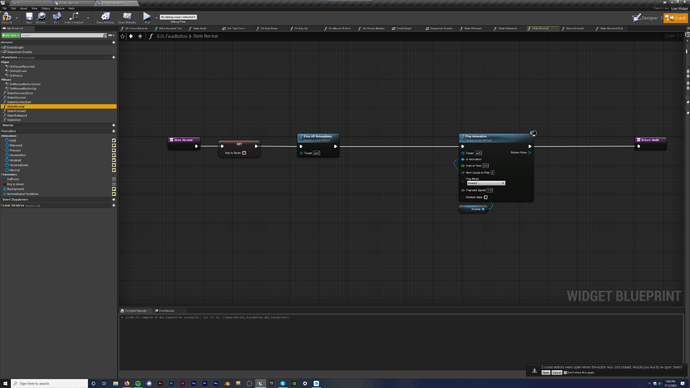 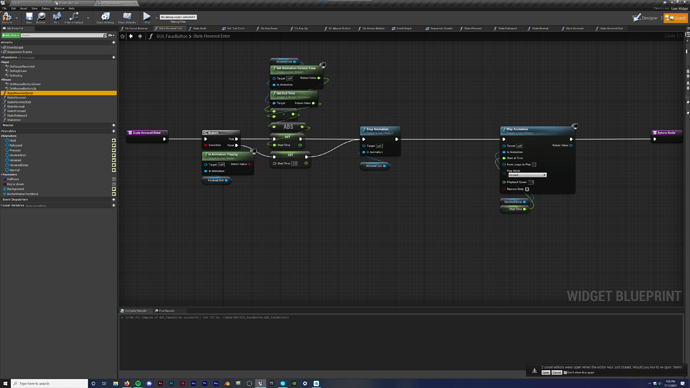 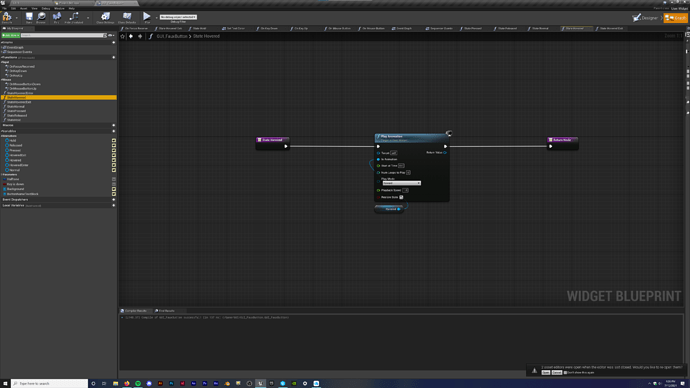 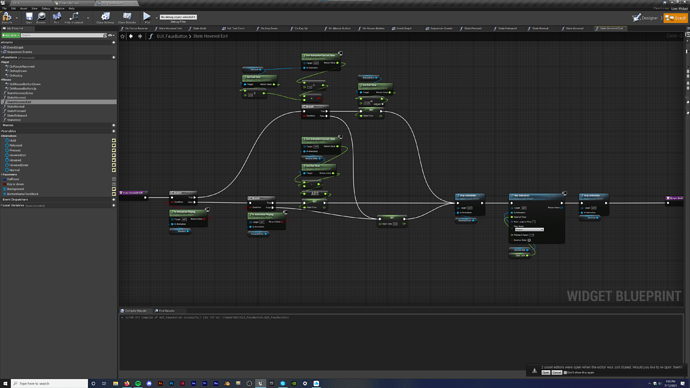 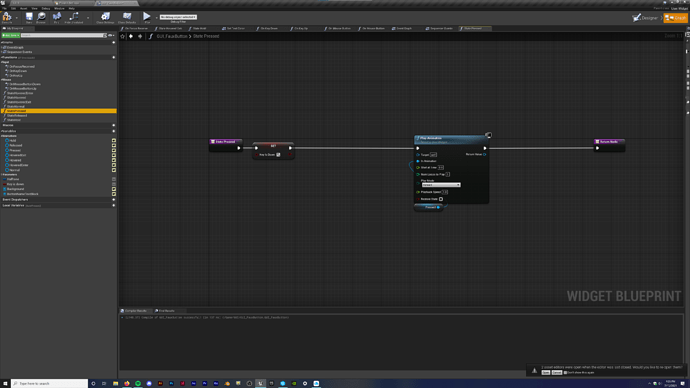 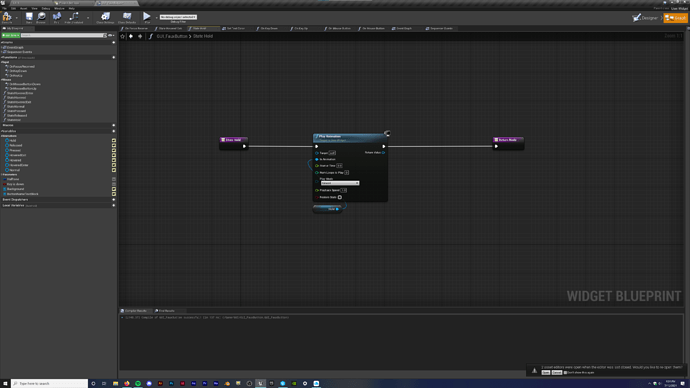 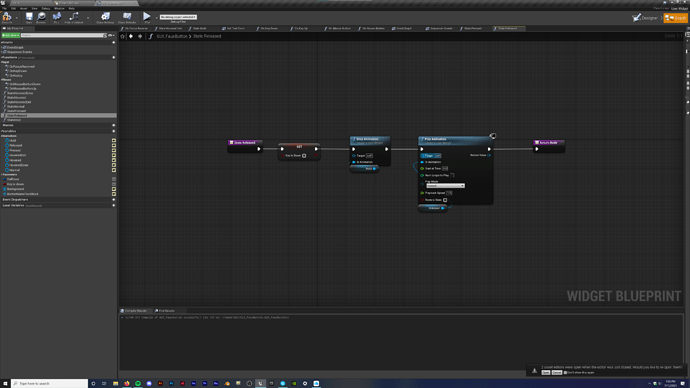 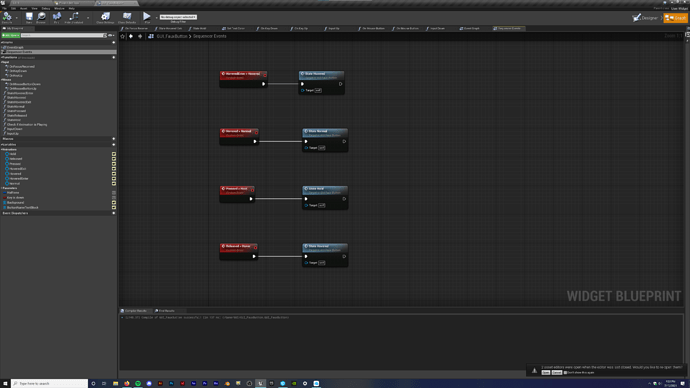 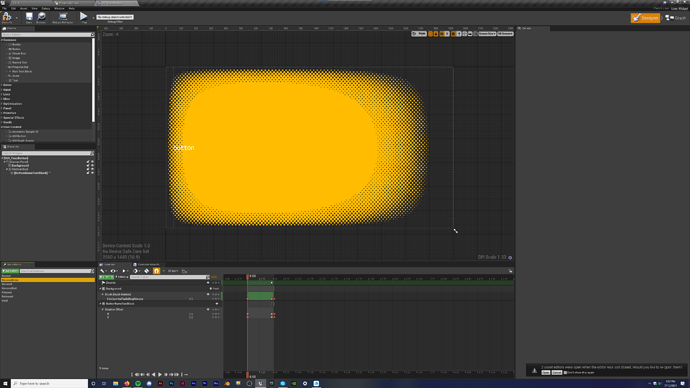