I’ve set up all my graphs and figured out which objects they belong to. I’ve gotten as far as setting up a state machine with an idle state and seeing the idle animation working, but not the IK. But I have a few questions that the tutorial didn’t cover:

I presume that because it’s playing my idle animation via the blueprint’s state machine that it’s nearly there. Can anyone suggest what I might have missed out?

Edit: I figured out how to do a stack trace and hooked it up to the Construction Script event, before anything else happens. Right before its run, I get this in the output window"
LogAnimation:Warning: FBoneReference::Initialize BoneIndex for Bone ‘None’ does not exist in Skeleton ‘highlander_Skeleton’
… four times each time the construction script is run, which itself is run multiple times for some reason. What would be referencing a missing bone?

I found the Animation content example that this is a part of and that sorted out how to set which socket it’s looking for. I tried entering some values into the defaults for the vector params similar to the content sample examples but they seem to be a no-go. Has anyone made this work?

I’ve figured out enough of it to get it working! This quite badly needs a video demonstrating all the aspects of setup, as the link above only mentions about 10% of it. I’m happy to help anyone if you ever get stuck, just ask in this thread.

So now that I’ve gotten it all working, the knees come together and the feet move forward a bit when the IK is applied. Is there a way to fix this, or should I correct it with an animation or idle pose? Example below, but it’s simply a T-pose. Ideally the knee would move out and the foot back when lifting up. 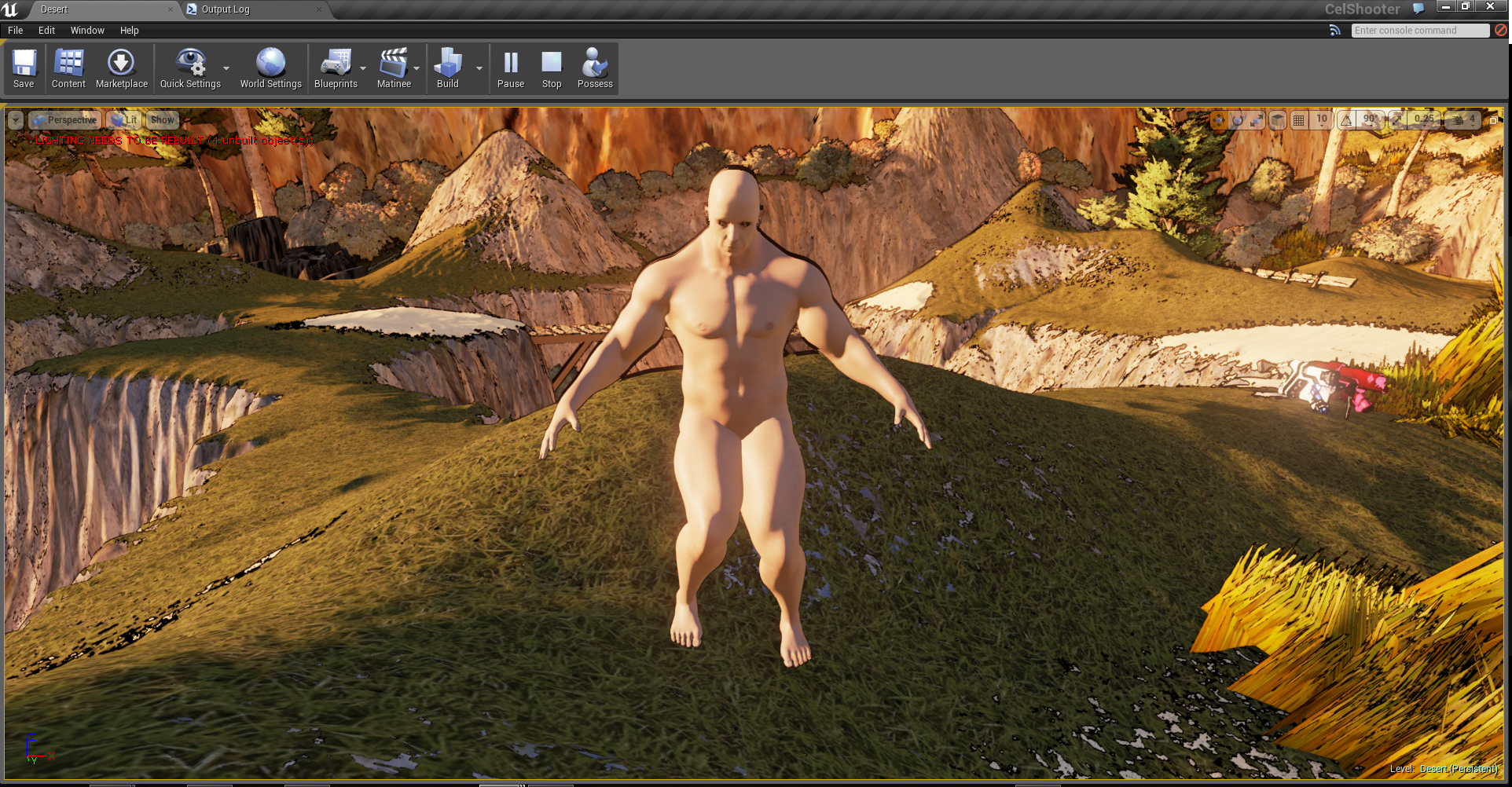