So ive been working on a character duo for a while. The models are done and look pretty good in unreal. Im having trouble figuring out how to animate them though. They are insipred by Jak and Daxter, the player controls the witch and the cat rides on her shoulder. The cat is staying glued on. Im wondering what the best way to animate the 2 together is. I was think of making animations for both seperately and combining them in unreal. Or would it be better to animate them both in Maya in the same scene and export them as a single FBX file, skeletons and all. 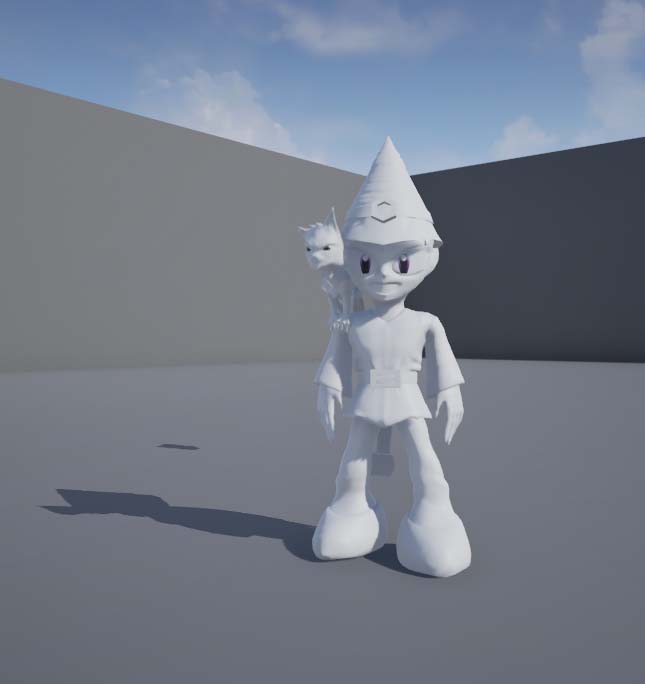 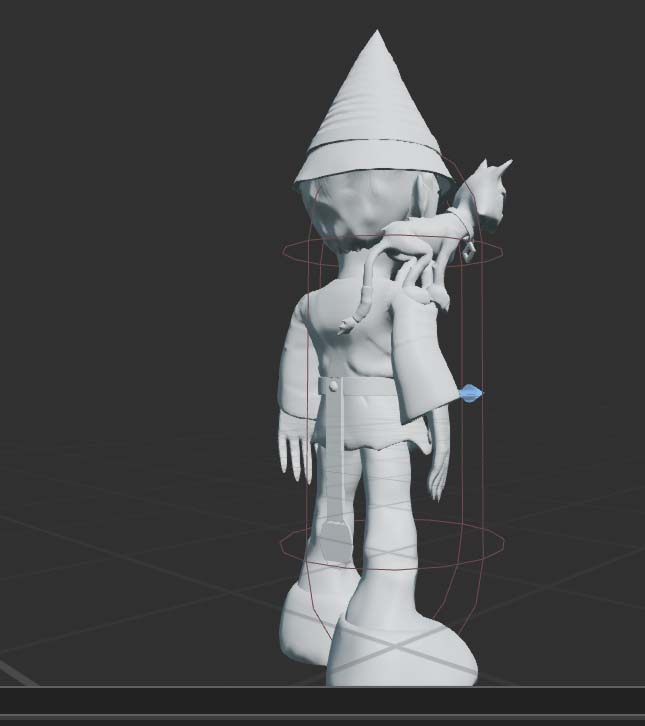 Depends, will the cat ever be off her shoulder? e.g. in cutscenes or anything

For this current project no. This is just for running around in the engine, ready to be implemented into a level. At no point will the cat come off her shoulder.

That said I would like to revist this project a some point and implement facial animation and have the cat as a seperate character, I could make some interesting level designs and puzzles with that.

I decided to parent the cats root joint to her shoulder joint and combine them together in the same FBX file. Got a farily smooth result. Actually looks like he’s on her shoulder rather than hovering near it. Im sure I could have had the same result another way, but this works for my needs.

Might not help much on the technical aspect, but might give some insights on how Jak and Daxter were animated. 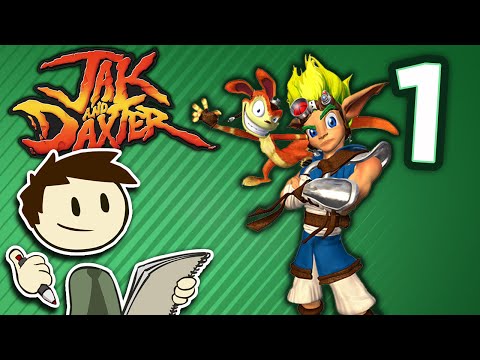 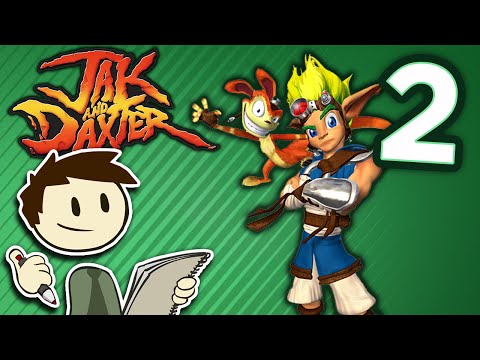 Thanks for those awesome Vids. While not too great on techincal detail, what was there really helps. Think when i revisit this project I’ll look into blend shapes for the faces.

I knew the animation for Jak and Daxter was great but never realised just how great. Its really impressive what Naughty Dog was able to do with the fairly crude early tech. I really wanna know what they did when they jumped to Jak 2. the difference between the 1 and 2 is night and day. Trying to implement some squash and stretch into my animation has really paid off. Granted it doesnt look amazing since my mesh isnt adequte enough for the poses im trying to get, but for a first attempt, Im pretty Happy. Plus these mistakes will only help me become a better character artist.

Thanks again for the vids, that insight was invaluable to me.

Was able to work out why I couldnt get the animations to play via state machines and added a jump. Was just gonna be idle and running but thats boring and i was ahead of schedule. While not perfect ,considering its my first attempt, its not bad.

Btw, noob question. How come I cant embed my video on here? Everything I do just produces a link.