Angle offset between mesh and animation

I have an issue with importing animation on a mesh on unreal engine 4.

First i imported a mesh created with Fuse CC and rigged with mixamo.
Then i imported the animations i found on mixamo too, such as walking forward, sprinting…

But as i import the animation and select the right skeleton, the character’s corpse is completely bended. 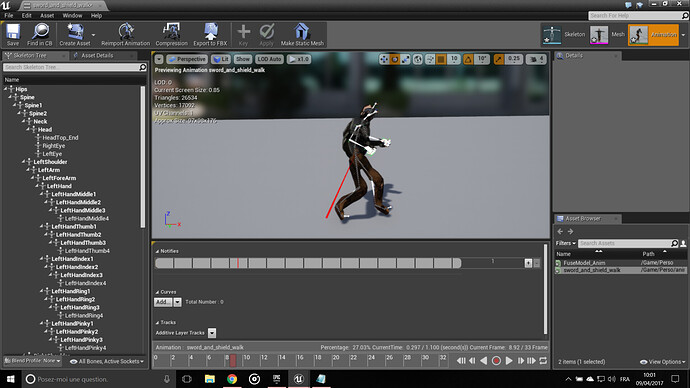 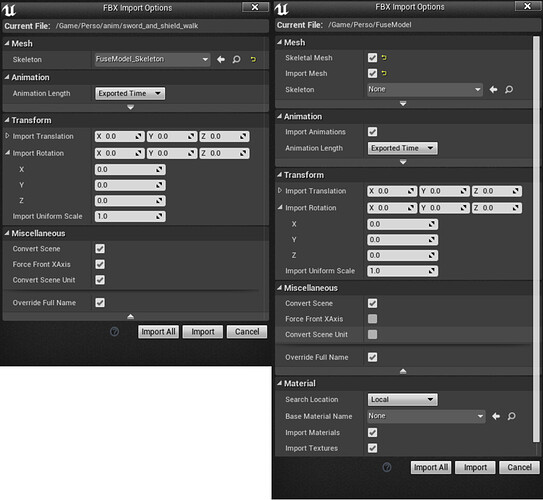 So how can i resolve this problem ?

5 days without answer can someone help me ?

Hi.
I could not understand what the problem is.

how does your animation work now?

those mixamo animations which move or rotate on Z axis are not fully compatible with UE4 because mixamo’s root motion was located on pelvis/ hips bone but UE4 root bone is between feet.

some of mixamo animations have inplace option which you must select so when you download it, that gives an inplace version of that animation.
like run forward animation.

but some animations like climb animations which moves on Z axis and do not have inplace option cannot be used in ue4 simply.

Like you said this problem is an axis problem and the position of the root bone may be the main issue, i don’t know anything about this bone but i’ll try to get an animaton with this bone between the two feets.