Summon souls of tribesmen and cast devastating spells to vanquish your foes in a mix of turn-based strategy and card game!

Ancestory offers the deep tactics of turn-based strategy mixed with the fun of card games and deck building. Summon underworldly minions on the battlefield, command them and cast your enemy to oblivion with a wide array of spells. Lead your forces to capture and hold totems spread across the battlefield in order to win! Build your very own decks and form cunning strategies to outwit your opponent. Find foes through online matchmaking, invite your friends to play or test your skills against an AI. Unlock new cards, content and a steady flow of free content updates. All without microtransactions or free-to-play mechanics!

[FEATURING]
Online Multiplayer - Challenge your friends or engage in battles through matchmaking!
Deck Building - Earn new cards and build powerful decks!
Multiple Battlefields - Form strategies for each to conquer them all!
Free Content Updates - No micro-transactions!
Single Player - Practice against an AI!

We are out now on Steam!

All feedback, comments and thoughts are really, really apreciated as we do not plan on stopping here. Alongside putting the finishing touches in, we have already begun on working some new content and want the community to shape the game forward. It definitely feels weird to have all this hard work come to such a massive milestone, but I’m still super excited for the launch. A huge thanks goes to Epic for all the help (Mike, Joe, Ellen, Osman, Sjoerd, Rudy and others!) and for the community!

We are also part of the Halloween Steam Sale, with a -15% Discount!

Our first free content update is due to be released next week, with some new AI options, spells and more…

Here’s a little teaser for the new spells coming this week (among some nifty feature updates): 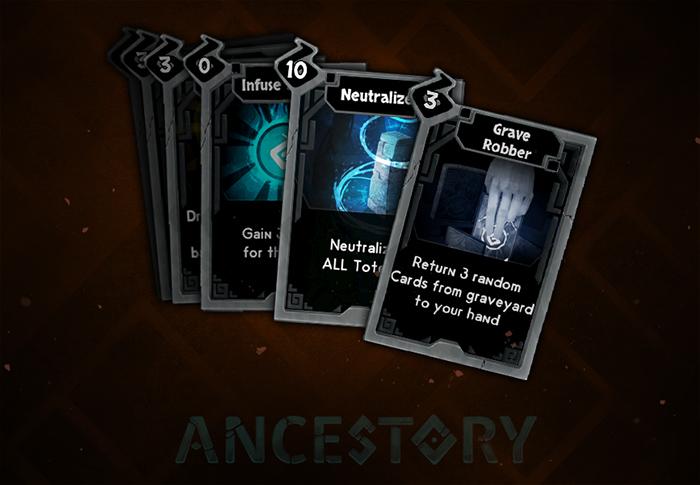 We just released the first content updated with some new features, after a relatively smooth development process.

AI Decks
We have added some variety into the AI Opponent behaviour and deck as the first feature update to the Single-Player mode. You can choose your opponent from preconfigured decks and find fun in challenging some of the more outlandish decks, like facing an opponent with a massive collection of Matti minions. We will also keep adding more of these decks in the future, along some other new Single-Player content.

Action Camera
You can also find a new toggleable feature called the Action Camera. With Action Camera you can easily view the opponent’s moves when it’s not your turn with an automatic camera that follows the opponent. You can find it under the gameplay section of the settings.

New Spells
We have been working hard to create that much requested additional content for the game and this first content update adds a few new spells to the game.