The previous post about this ran into an error that I couldn’t fix! So I created a new one, hopefully not breaking any rules or Forum conduct.

Anyway here is the stuff you most likely clicked on this to see!

As of September 8th I have a total of about 4 hours on this project. 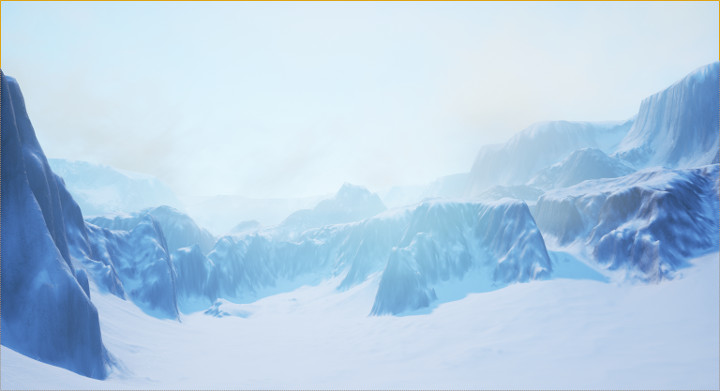 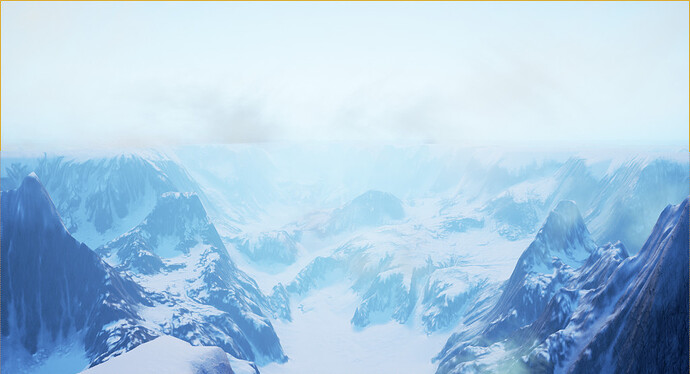 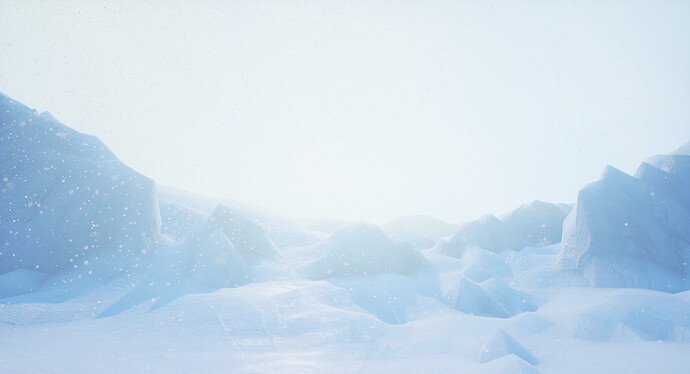 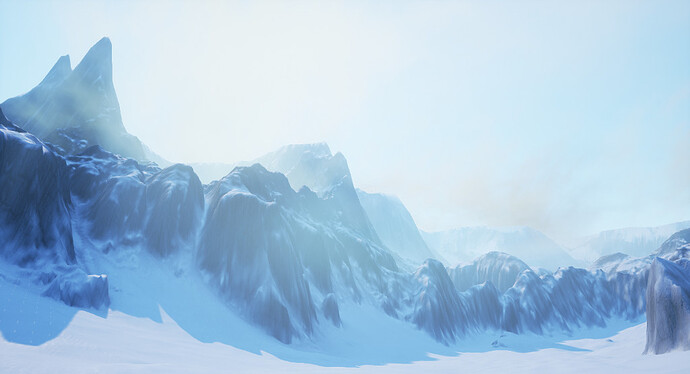 The project is really a “free time” project, its not for school, or a job, or even to show off or anything like that. I usually keep projects away from prying eyes but my instructor saw this and told me to post it online and to keep tabs on it. So here I am! Please leave critiques (or compliments if you feel so inclined)

I’m working to add more detail, color, and generally making it more interesting to look at. Better camera work would probably help as well.
Thanks for looking!

Now, due to the tools you used (i mean the landscape tool of UE4) it looks like an ‘old gen’ terrain

Ya, I know:D I plan on giving the rock texture a serious upgrade with higher resolution and some POM. The snow texture I might leave as is, and just smooth out the jagged bits. I actually used a very old (but cheaper) version of world machine (I got legally don’t worry) so that’s why its rather “jagged”.

Thanks for the input!

I’ve updated the rock, but in transition to UE4.13 things went wrong, so had to run a backup, hoping to get this running in 4.13, for better performance. 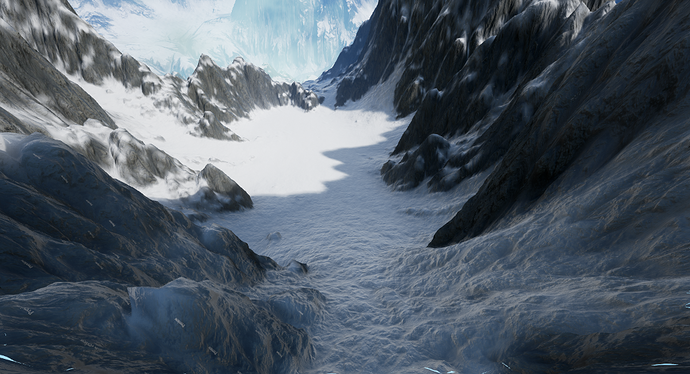 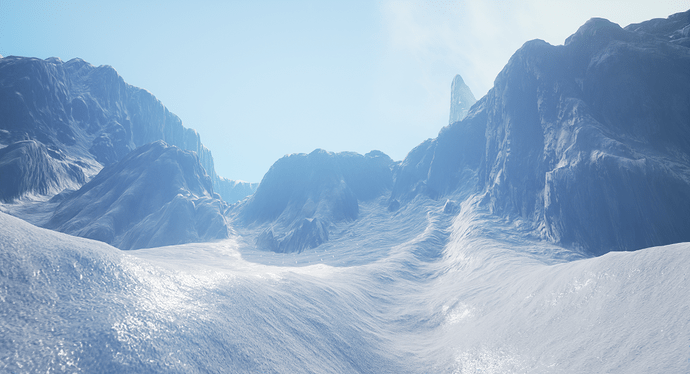 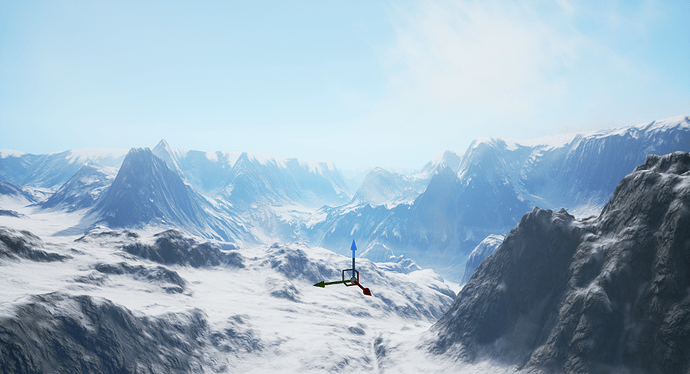 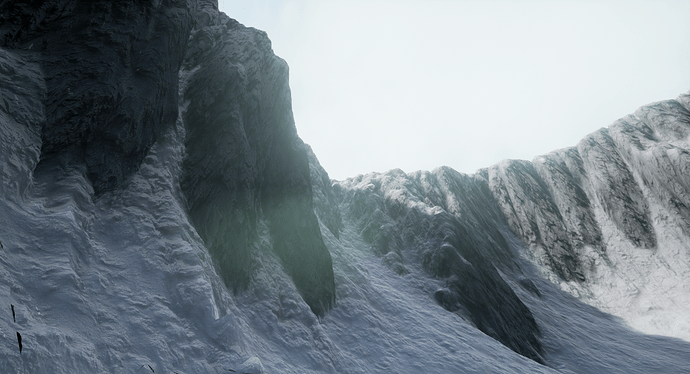 Running into serious performance issues (seemingly out of nowhere). Trying to resolve. (I seriously need a new computer)

Will try to have some images posted by the end of this week. Swarm agent does a number on my old laptop, so it takes a while to build lighting. Also, had to do some environment work for a dude, that was fun. So only a little bit of progress done this week.

(I’m probably more frustrated at that than most of the people who still read this post.)

Well next week turned into midterms week, and then the following weak was spent catching up with work and other projects…
ya ya excuses are gross but anyway…

I decided to make the landscape less “Steep” and went for a slightly less “fantasy” landscape.

Also made a character to go along with. 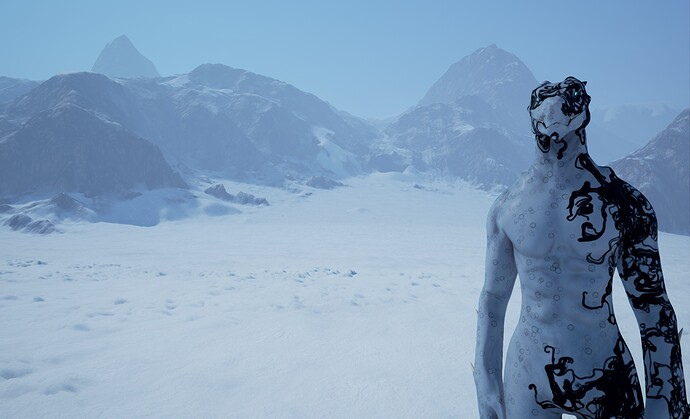 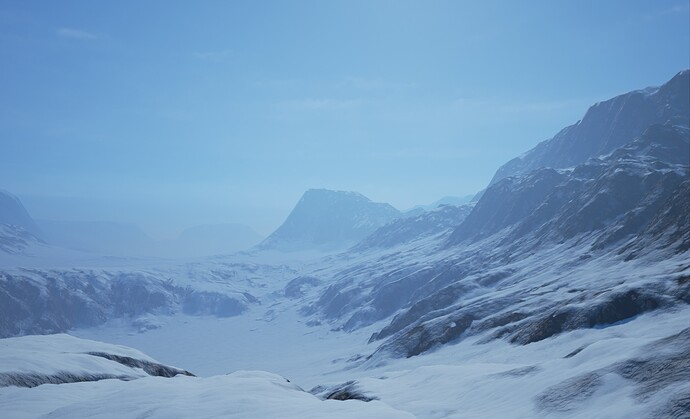 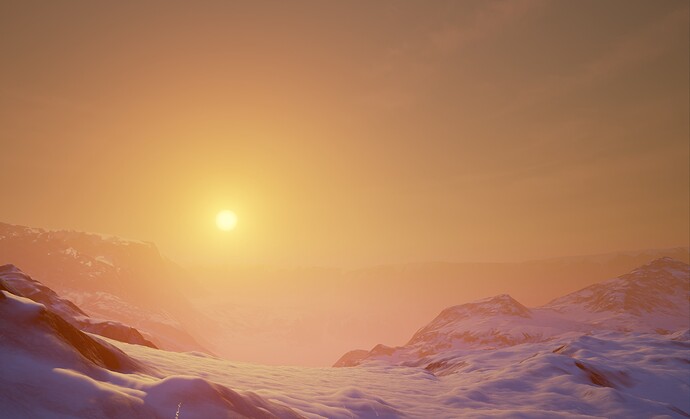 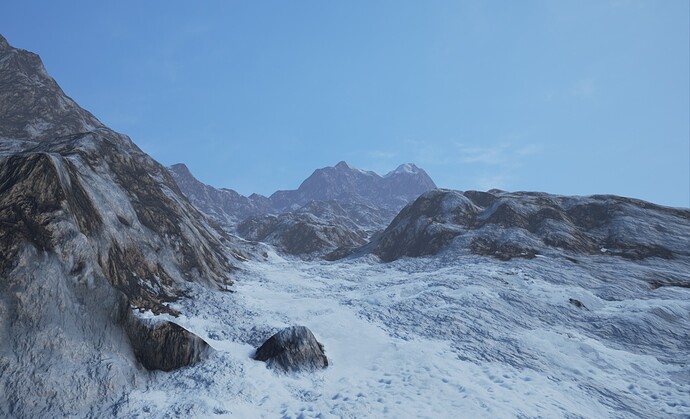 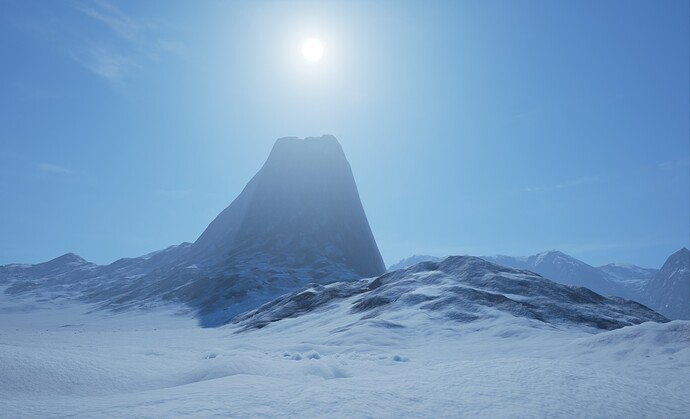 I want to add another video, but Ima need more content for that.

Really nice looking materials for snow, ice and rock. Would be nice to look at your shader network. Are you using subsurface for this bluish-ice effect?
I understand, that there are some decent examples in the original Unreal Engine cave pack, are you using a different setup?

Whoohooo, I would personally love to see how snow material was done.

Thanks both of you!

The Snow does use a small subsurface, the “Ice” is really just a blend between two snow materials, I actually did it by accident. I never used the cave examples, but the rock is just a large scaled rick texture with a “detailed texture” node applied. It looks fine from mid to far distance but as soon as you get close it looks gross. I’m planning on upping the complexity of the texture, and the snow is hopefully going to get a
“sparkle” sooner or later. I also want to get some snow effects, and possible nice looking clouds.
I also plan on making a small POM on the rock to give it extra detail as well.

I’m really bad at making rock models so we’ll see how that turns out… anyway hers the landscape material. 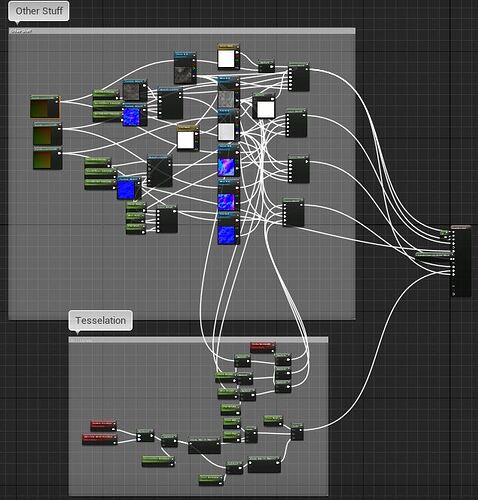 Thanks for sharing the network. Never tried using POM shader on the rocks, post it when it’s ready.

Wow that’s sick! Loving the details on the rock and ice with the side directional lighting.

The POM material gonna destroy your pc you know ! But hey! we love POM mat for sure

Hello!
Currently reworking the character, and trying to properly implement the POM. I’ve raised the Rock texture to 8K (the file size is HUGE) but most of the blurry rock texture is gone. I do not have screenshots of the environment, but… I can give you a sneak peak on the reworked character (currently at it 3rd version,and not even close to finished) 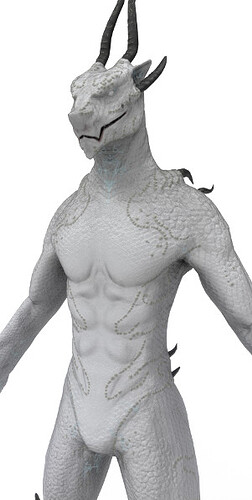 Hope it sits up to expectations!
(the downloadable image may be corrupt, I used a old format on accident)

Just to show I haven’t forgotten the project here is a pic with a little bit of the upgraded rock, and a “melted snow path” still working on it though…