Among the Asteroids is 2D space arcade game with puzzle elements for Android, powered by unreal engine and recently released by 2Scars games. I made the soundtrack for this game! The game if free to play. 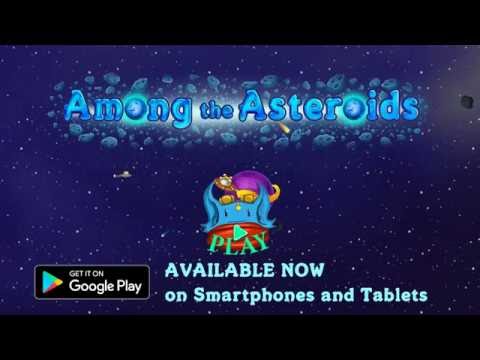 In Among the Asteroids you play as a nice alien pilot, Lunny. You control a small spaceship orbiting celestial bodies. On tap the spaceship breaks away from the celestial’s body orbit and flies forward until it snaps to the other orbit or crashes. So, you have to choose the right moment to tap and it causes adrenaline rush :). On each level player has to collect a predetermined amount of space ship’s parts by moving from one celestial body to another one. To get the best score player has to find optimal bypass of celestial bodies.

Update 1.2 for Among the Asteroids is now available!

Update 1.2 for Among the Asteroids is now available!

So, what’s new?
Now you can test your might in the Expert mode and earn some money in the Money gather mode. We changed the Tappy mode to make it even more addictive. We added a daily bonus just to make you a little bit happier

And even more great news: next major update is coming soon! No hurry, just puzzles solving

P.S.: Voting for us on Among the Asteroids Android game - Indie DB will be highly appreciated! Thank you!

Contact me at lukadrums1@gmail.com andI can make a trailer for you

What do you mean? I think the team already have a trailer video… But in any case I’ll forward them your message

Ill make you one if you want