You can see their first videos here.

IMO, this is an interesting move from Amazon. 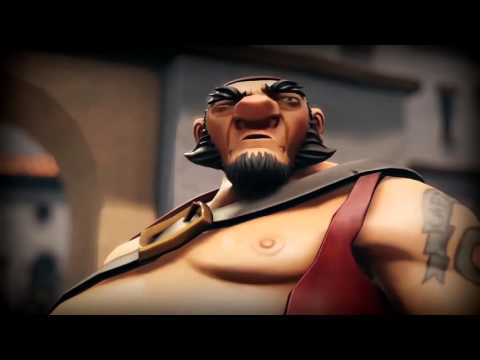 Should Epic be worried about this?

PS. Although the installer file (ZIP) is only 10GB, but it needs at least 200GB of hard drive space! o.O’

Sure, they should be worried… BUT, this is a good thing because they will continue to improve the game engine and not get complacent.

Personally there is nothing to worry about.

Couldn’t agree more. Competition is good, and us the end-users, will get lots of benefit. Hopefully

Currently Lumberyard is still in beta. Although based on CryEngine, but its quite different. Lumberyard is more like a much improved CryEngine (but a Lumberyard user has found that in the Lumberyard source code it has a serious bug in Linux version.

I would say Lumberyard has got more to worry about from Epic and Unity than the other way around.

I don’t believe Epic are worried in the least. This isn’t like organizations or large blocks of users switching from MS-Office / Windows-10 to Open Office / Linux Mint. Game engines are serious time-consuming beasts, and there are way too many unknowns here.

For starters, will Amazon keep this project alive long term or will it vaporize like Havok and Project Anarchy? Game developers know that Epic is exclusively devoted to game dev. Whereas Amazon is not, and could change strategy and any point and focus on other things, just like Google does. So even with source, a worrying question is, how well will this continue to be supported?

Its the things you don’t know you don’t know that are more worrying. Developers working on single-player small games with short time-frames appear to have little to lose though, as they won’t need AWS, and won’t be as affected by whether this blows up or not. Plus, all out crack teams that can assimilate the source fast and do whatever they want with it, have less to lose too. But for the rest of us, the middle part of the bell curve if you wish, looking long term, who can say what kind of future community will exist?