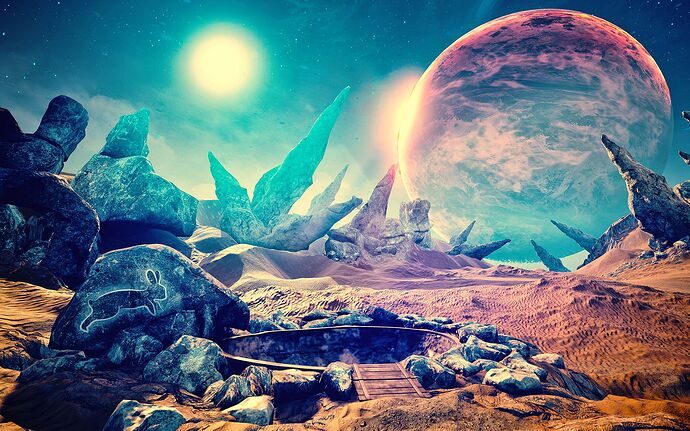 we proudly present to you ALICE VR - our game project prepared for VR.
My name is Aleksander Caban - co founder and art director in Carbon Studio - games developer team from Poland, working of course in UE4.
You could find more info here: www.carbonstudio.pl

What is ALICE VR?

The idea of the game was originally created when Carbon Studio took part in a competition VR JAM organized by Oculus. The studio prepared a short exploration game A.L.I.C.E. dedicated to Samsung Gear VR in UE4. After reaching the final stage of the competition and receiving lots of positive responses, Carbon Studio have decided to develop the idea of A.L.I.C.E even further, and a new game, ALICE VR, has been announced. This time, ALICE VR is heading to the PCs equipped with Oculus Rift, HTC Vive and OSVR.

The game is currently in an advanced stage of production, with a Steam Greenlight campaign passed in 12 days with 74% possitives.

The main character lands his spacecraft on an alien planet in order to replenish the supplies lost due to a technical malfunction. A seemingly easy task turns out to be more and more complicated as it turns out that all citizens of the planet have disappeared in mysterious circumstances. The character has to deal with a series of puzzles designed specifically for VR and make some decisions that will help him understand what has happened to the dwellers of the planet.

If u have got any questions, sugesstions - I am here for You

Today we are sharing with you shots from abandoned place - Greenhouse. 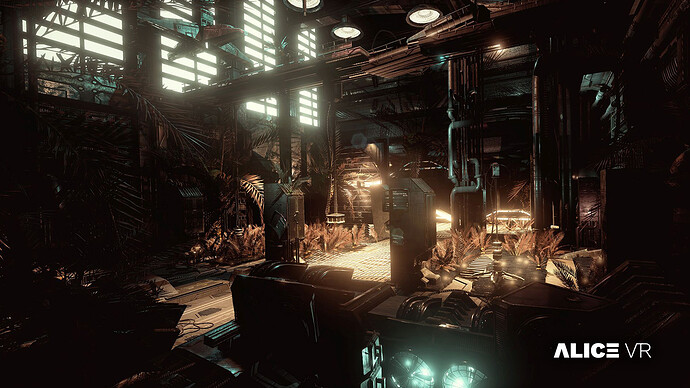 And check this few models prepared for Alice and textured with Quixel Suite.

we have prepared short video for GamesCom, almost everything made in ue4 (text and transitions not

) ,
hope you will enojy it, and let us know what do you think about it! 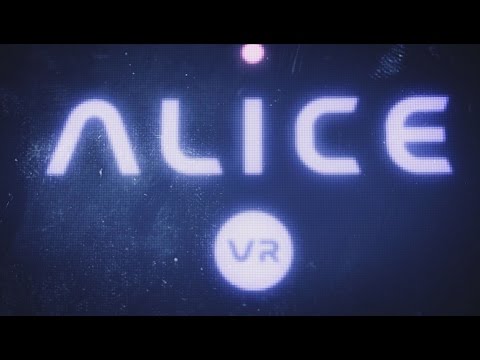