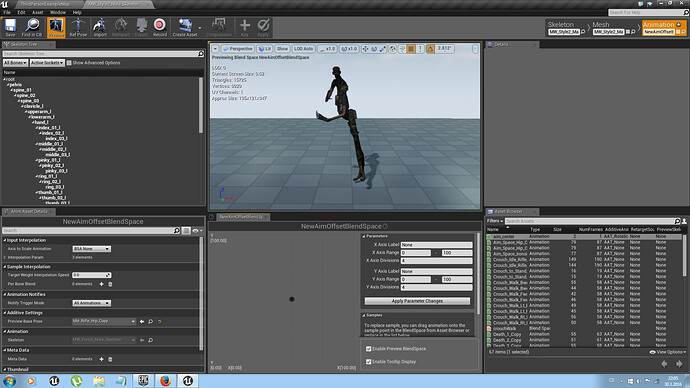 I haven’t seen this before with AimOffsets. Could you migrate some of the content to a blank project and send it to me?

You can PM me a link on the forums if you don’t want it shared publicly.

Sure. Btw it’s not problem only with Aim Offsets but with Blend Space too, i tryed to change the Additive settings from Mesh Space to Local and the problem dissapeared. But when i tryed mix more animation frames using Local Space instead of Mesh space, it could not mix it. So the Mesh space thing causing the bug I guess.

So it fixed itself. The messes mesh appeared only when I added the first animation frame, when I continued adding more animations it resolved.

Ah yes, I have seen that before now that you mention it. It was entered in our system as UE-5111 and marked as “By Design”. This is because it was worse to see absolutely nothing in the preview when you drop in only one or two animations.