There’s probably a frustratingly simple answer to this, but I’ve been looking everywhere to find an example of how to hand off control of an AI to the Sequencer and then back to the AI controller once a sequence is finished. Note: this is for a VR game, so no camera cuts will exist. Example use case (pretty common):

Player triggers a cutscene with an NPC companion where the NPC explains where they need to go next (done with motion captured animation). Then, the sequence finishes and the NPC hands its control back to the AI controller with a “MoveTo” variable set as the location it needs to lead the Player to and knows to wait for the Player if he lags behind or gets lost.

Blending sequencer animation with the animation blueprint got me more than I had (nothing) a few days ago, but this doesn’t work well for anything where the NPC (controlled by Sequencer) has to update its transform. If the NPC needed to walk from the position it stopped when controlled by the AI controller, the Sequencer isn’t aware of the NPC’s current location at the time of sequence start, etc.

Anybody got any ideas?

Just curious if you have already solved your problem? If so, I’d appreciate if you can share the solution.

if you figured it out please share the solution.

Example of how you can use Sequencer's Event Track to fire off Events in Blueprint.

trigger an event to give control back to AI?

Illustrates how to trigger a Sequence from an in-game event.

trigger a sequence to start? 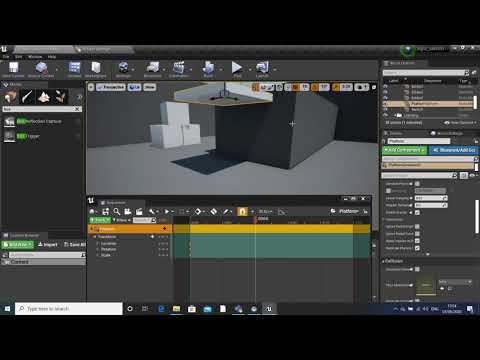