AI Character is being blocked from reaching my Player Character

I have even encountered blueprint corruption, where I just duplicated character blueprint and then replaced the skeletal mesh and animation blueprint. Saved the complete project and reopened next day, edited blueprint was corrupted, on selecting component tab UE editor was crashing. 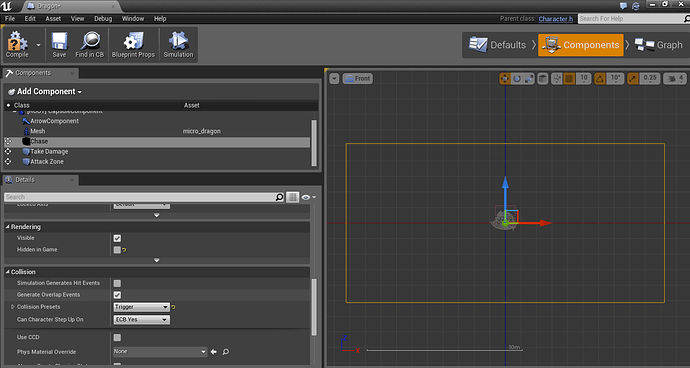 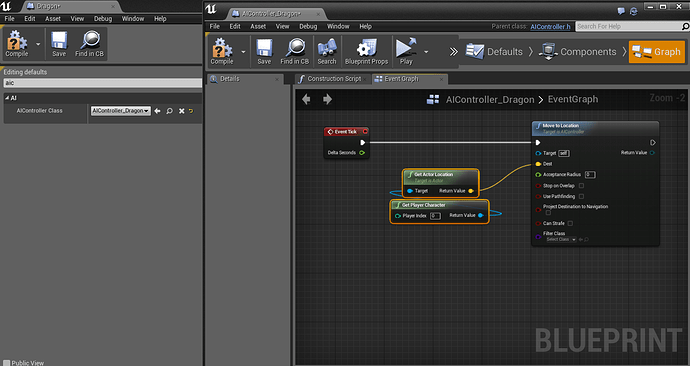 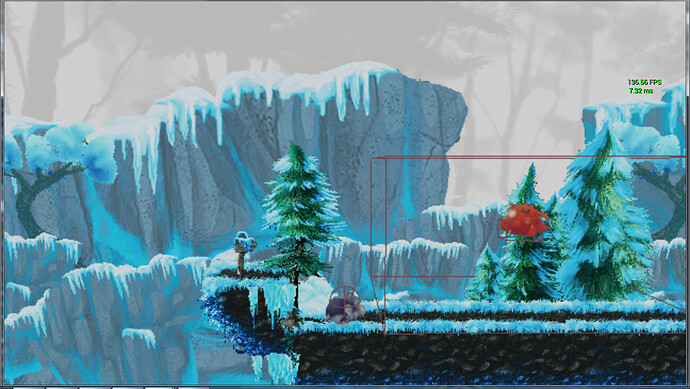 I wasn’t able to reproduce this issue, but my suspicion is that your collision settings for the components in your Dragon are interfering with each other. Can you post some images of the expanded Collision Presets settings for CapsuleComponent, Mesh Components, and any active Box Components?

Additionally, it looks like your AIController BP is set to move regardless of overlap. Can you show me the logic you’re using to move the Dragon based on its Chase box overlap? Thanks! 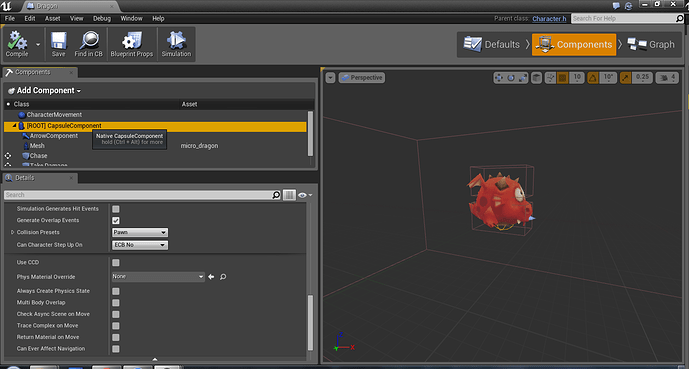 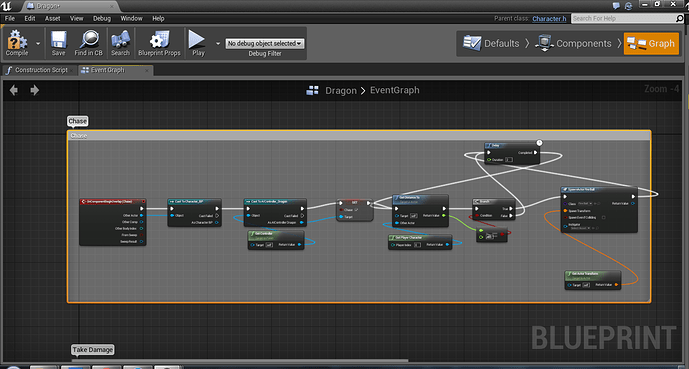 Eric Ketchum on my team was kind enough to let me see the version of the project you sent him for a different post, and I believe I found the problem: your Character_BP has its CapsuleComponent collision set to BlockAll. This means that when it comes into contact with the Trigger collision of your Chase box component, it stops it from moving further. If you change the Character’s collision to Pawn (or any custom setting that does not block the Object Type of your Trigger components), it begins working nicely.

How idiot I am :D, thanks a lot for helping out and special thanks to Eric Ketchum