Hello everyone! We would like to share with you a project we have been working on for a while now: Age of Blood. We began this project in UDK 2 years ago but moved the project over to Unreal Engine 4 in January of this year. Here we are, a year later in the new engine and we’ve got some stuff to share. We’re a very small team working on no budget, but we’ve managed to make it this far!

I’m the lead game designer and the environment artist on the project, so I am very excited to show some of the world we are trying to create. Enough babbling from me, let’s jump straight to the good stuff! About the Game: A High Concept

Age of Blood: The Scourge is a dark fantasy action game throwing you into an epic saga full of exploration and brutal combat in the depths of dark dungeons bathed in blood and drenched in traps. You’re free to choose your gameplay style, taking up the blade as melee or slinging powerful spells as a caster on your mission to destroy a technologically advanced and psychically enhanced menace not of this world. The Gods are on your side against the alien threat, and as you progress, you may choose to further specialize in a discipline path of either Necromancy, Demonology, or Angelology.

Some Images from the Game 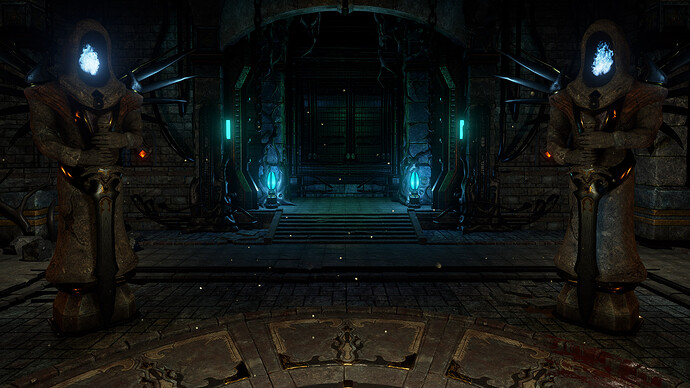 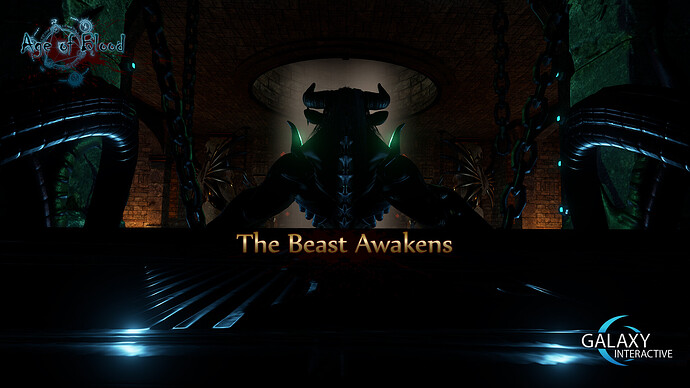 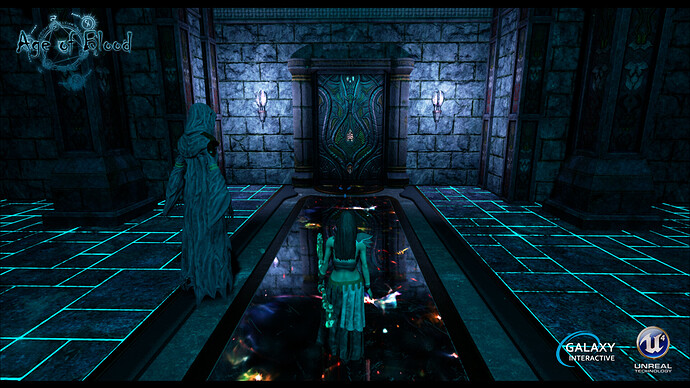 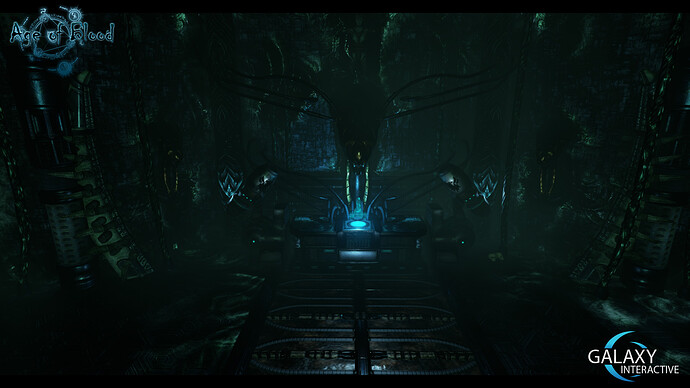 More About the Game

Playing as either Cael or Ariet, adventurers find themselves marooned on the Island of Heavens Fall, but after a failed invasion our heroes find themselves locked in a battle against the Scourge, a technologically advanced and psychically enhanced menace not of this world.

Harnessing the power of the gods both Cael and Ariet utilise a vast array of skills specialising in either Necromancy, Demonology, or Angelology. As Cael you’ll engage in bone-breaking close-combat or annihilate your foes from afar in third-person magic based combat incorporating forbidden magic and summoned monsters.

Trapped on Heaven’s Fall island, players will discover long forgotten temples, be challenged to solving nefarious puzzles, explore perilous locations, and ultimately uncover the secrets of the Scourge and a mysterious ancient race with the ultimate goal of banishing the Scourge from the world once and for all.

The game began as a hobby/challenge by a small group of college buddies with a dream. We were one of the first few projects submitted to Steam’s Greenlight the second it went live, and much to our surprise we were Greenlit very quickly. This of course was the motivation we needed to push ourselves and one of the reasons why we made the decision that migrating to Unreal Engine 4 was worth the delay and extra effort. The move also gave us the opportunity to start fresh with the new set of skills we had developed during the first run in UDK. As a bonus, here’s an image showing a room from our original build in UDK compared to the same room after we moved to Unreal Engine 4. 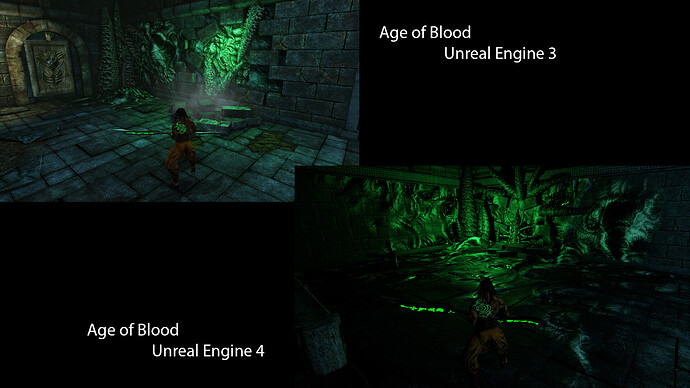 You can find more information at any of the links below. If you like what you see, we urge you to follow us on Facebook where we post a lot of WIP chronicling our development process. Also on our website you’ll find a couple of blog posts where we talk about the benefits of the move from UDK to Unreal Engine 4.