Hey all,
I thought Id make a little progress thread here where I post latest state of this little side project. Im still not sure where exactly I want to go with it, for now its more dabbling with the engine and getting to know the characterBP and animBP side of things.

This all started from a dream I had a few weeks ago about this character and I found that so cool I wanted to make it in 3d. First I designed the character very roughly (can post some of the concept sketches later). Then modeled her in maya and rigged her. The rig is still incomplete as im missing some bones for the other feathers in her costume like the tail (attached to her legs), the skirt, the back and chest feathers. I made a little booboo there however as I already started some serious development in ue4. So Ill have to replace the skeleton with the latest joints once that is done. Any tips here on how to do that best is greatly appreciated. Right now I tested it once by importing the skeletalMesh again with a new skeleton. Deleting the old skeleton and having the engine set all references to the new updated skeleton. That has worked, but it feels there should be a way to do this without having to delete the old skeleton?

My actual aim is to create a character controller that is really versatile and feels natural in movement and control.
Anyhow, the character controller is a good state already. We can do things like walk,run,sprint with all the corresponding starts and stops and arching/leaning into curves. Can lock sight on a target actor which will then make her movement strafe walk or run. Can crouch (also with ability to lock target and walk sideways/backwards additionally), crawl, jump, slide under obstacles while running (goes automatically into crouch if she is still under obstacle after slide anim ended).
Other plans for the on ground mode is to add walk/run on steep surfaces up/down. Walk/run stairs up/down. Combat mode with dedicated movement animations, defends/blocks, simple punches and kicks and combos of that, take damage anims, deaths and ragdoll, random static actions and states like pick up item, push button, use lever, use door, change clothing (just for fun, will spend some time developing ways to have a seamless changing of clothing), go to sleep, get down, get up, random emotes and dance maybe, stuff like that I already have tons of animations for. Further, adding a separate additive layer of facial animaiton in a separate stateMachine is also plannend.
Later also wanna include swimming and climbing in the future, need lots of climbing animations for that however.

This weekend I had some fun developing a flight mode for her. Its already quite cool to just fly around and feel the speed (been playing with speed based fov). We can take off if she runs faster than a specific speed and jumps, thats when we enter flight mode which is just a modified version of falling with low turn rate, high aircontrol and a lot of forces and acting. Heres a demo of it in action where I also kinda try talking about it…

Env used in that video is the demo map included in the Semi-Arid Desert Environment found here on the marketplace. I cant remember how much I paid for it, but it was actually really cheap and definitely worth the money.

Also in case anyone is interested in seeing the rigging work behind this that was done for the wings, heres two videos of me showing the wing rig and talking about on how I did it. 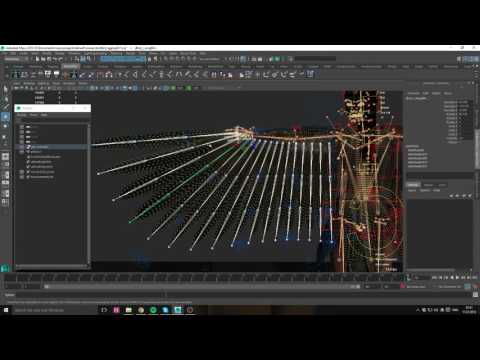 My current short term targets are to finalize the rig so I can finally update the skeleton for good in the engine and then adding the feather animations to all animation clips so that it looks nice when on the ground.
Then working on a physics asset and a simple damage/health/stamina system.

If anyone has experience with character controllers, physics assets, animBPs, skeletal assets and all that jazz and has the feeling you might be able to help out a bit with tips or with my questions that pop up every now and then, Id be really happy if you could add me on skype (adeptus-astrates). In return I can also help out with any maya related problem

After a long time with nothing, I have new footage to share.
Did a complete re-build of the thing and started from a clean thing. Making good progress on the controller so far. 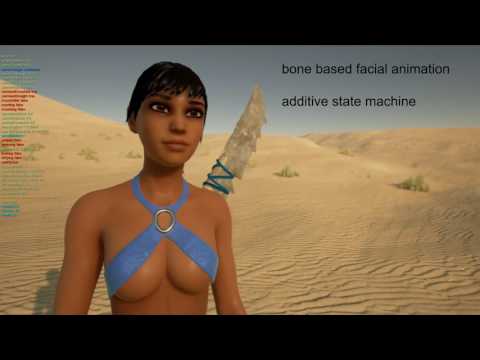 *Still dont know where im actually going with this as its mainly a project for learning.

I love the wings-and-desert theme!

The walking transitions are nice, too, but not as inspirational as the wings

After a long time with nothing, I have new footage to share.
Did a complete re-build of the thing and started from a clean thing. Making good progress on the controller so far.

*Still dont know where im actually going with this as its mainly a project for learning.

wow nice progress you made.keep it up bro