I want to add another capsule component to the character that will collide with the world and stop player movement.

I’ve exaggerated the position of the second capsule to show behavior. 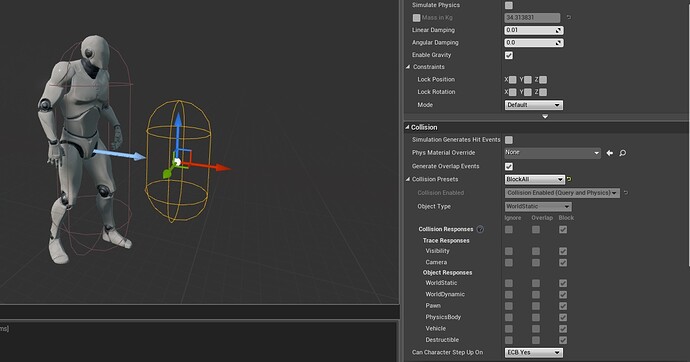 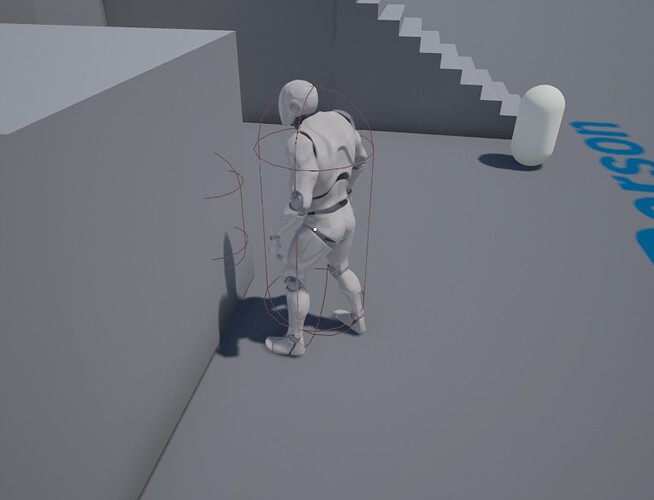 The character movement component interferes with collision on some components. If you try the same thing with an actor, it will work just fine. In order to use it with a character, you could attach a different actor to the character and then attach a new capsule component to that and move the capsule into whatever position you would like. That should allow you to get the result that you’re looking for.

Have a great day,

Thanks for your reply. I’m attempting to try your suggestion. I’ve created a separate actor that just has the collision capsule in it and added it as a child actor component to the character. However this doesn’t appear to work. The behavior is the same as before.

When you say “attach” do you mean literally using an attach node? If so, could I do this in the construction script of the character, or would the two objects need to exist independently in level first, then be attached by some event?

Hopefully that helps. Have a great day.

Thanks Sean, I’ll go that route.

Ever found a solution for this?