I’m trying to make my character be able to move at a walking speed and running speed and I’m obviously missing something about how f Add Movement Input works. This is for an overhead camera system where WASD move cardinal directions.

No matter what I set the Movement Speed variable to I always move at the CharacterMovement “Max Walk Speed.” I have debugged and input is working and Movement speed is changing values when I hold down shift.

here’s a macro (“SetPlayerSpeed”) that changes the “Max Walk Speed” of the “CharacterMovementComponent” based on a boolean “bRunning”:

I placed this macro in my movement blueprint as such: 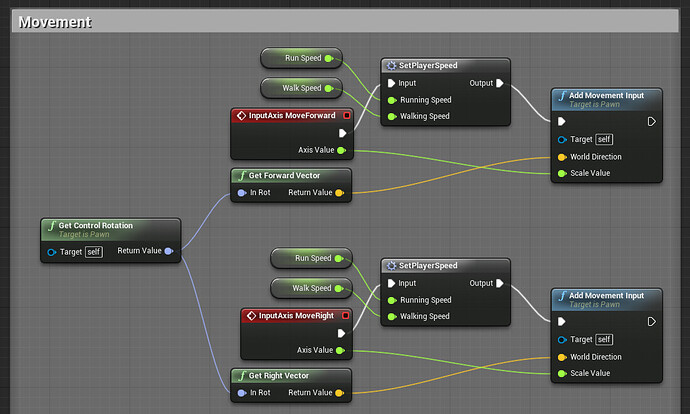 Now whenever i hold down my running key my character moves faster. Although i made this macro for my first person camera this logic should also more or less apply to your overhead camera.

Perfect! I was looking in the wrong place for to set the Max Walk Speed and once I saw you pull it off Character Movement I smacked myself in the forehead for over complicating it. Thanks!

I’d like to add a note. This is a great macro, but if you are having a jump in the game you also need to add the macro in the jump section of your blueprint. if not you fall at the same rate as you walk. 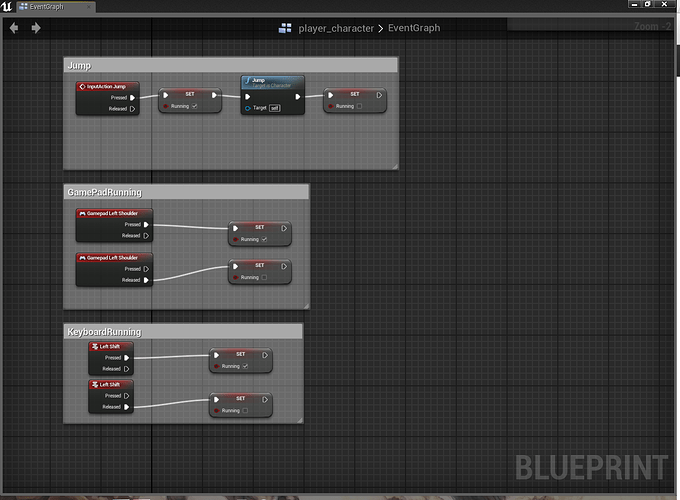 You don’t have to duplicate nodes to attach Pressed/Released.