I’m trying to make a Pandemic game but I’m stuck on how to properly display cards on the screen.

When a player draws a card or discards a card, the UI should be updated immediately. The text blocks are the city names that correspond to the city card and the symbol represents the disease color of the card.

For now, I don’t need to display the player names (adding them later)

Each of the player cards are actors (the name of the actor is ‘Standard Card’) containing information such as the city name (String), the city ID (int), and the disease color (int).

The cards that the players hold are stored in a different array called ‘Player Hands’ and the variable type is ‘Standard Card’ for direct referencing.

Is there a way to add the child widgets or move them in-game using blueprints? If not, is there a better way to do this? 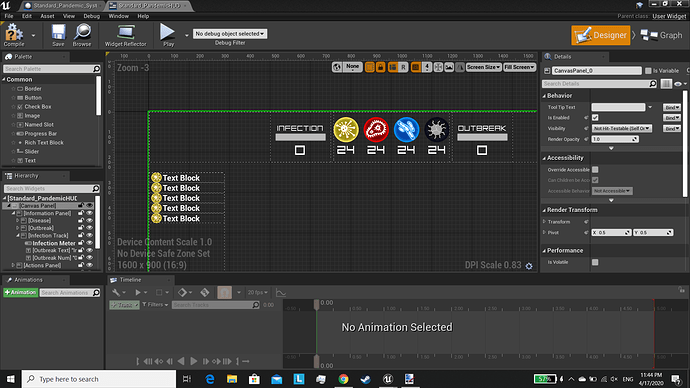