HI there! I’m new in UE and C++ in general (btw have a lot experience in Java). I have issues with null pointers when I add my character to editor and start playing. I created several logs of actor initialization and it confused me even more.

Next breakpoint in TacticalCharacter::BeginPlay where Attributes is null now.
Why this happens? Why is object created so many times? I haven’t seen that Attributes for TacticalCharacterPlayer_BP_C_5 was destroyed (at least BeginDestroy was not called)

Will be appreciated for any help

You shouldn’t create objects in your constructor. Try using BeginPlay() or PostInitializeComponents().

What actually happens when an Actor is loaded or spawned, and eventually dies.

What happens during object construction in UE4 is a whole mystical process to me, and there are tons of threads of people trying to understand it. If you want, I suggest you look into Unreal’s reflection system, how CDOs work, and look into threads trying to demystify the whole process.
Or just use BeginPlay() and leave it for another day.

AActor::OnConstruction() is the native version of the construct script in blueprints, but this case doesn’t seem to want that.

I kept this bookmarked since I was confused by this when I was starting out as well:

UObjects shouldn’t have a specifier of the “Edit” variety either. You should be using VisibleDefaultsOnly.

Keywords used when declaring UProperties to specify how the property behaves with various aspects of the Engine and Editor.

This video goes through it nicely too. 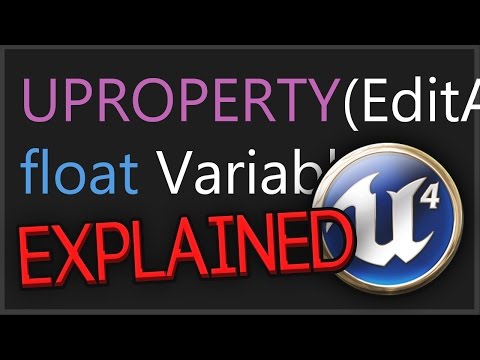 Thx a lot for reply. I don’t understand why so many tutorials are using constructor to initialize properties. Also in my case a lot of properties work fine, except mine created one. For example

As I understand from lifecicle PostInitializeComponents is more proper place to init objects, because BeginPlay - Called when the level is started and for complex init I would have fps lose on startup, right?

When in case of cunstructor all works fine. I don’t understand what should I move to constructor and to PostInitializeComponents/BeginPlay. What is the rule to take this decision )

PostInitializeComponents() and BeginPlay() are both called when the game is started so both will hit performance the same. I wouldn’t worry about that unless you’re doing something incredibly long or have a ton of instances created all at the same time.