Actor spawned through another actor has access to the other actor's variables?

All works dandy and fine except that the dissolve actor is dissolving the gun in the character’s BP instead of it’s own. In fact, it isn’t even showing it’s own skeletal mesh to have been replaced by the character’s gun

TLDR: Dissolve Actor dissolving the gun inside Character BP and not the inside itself. 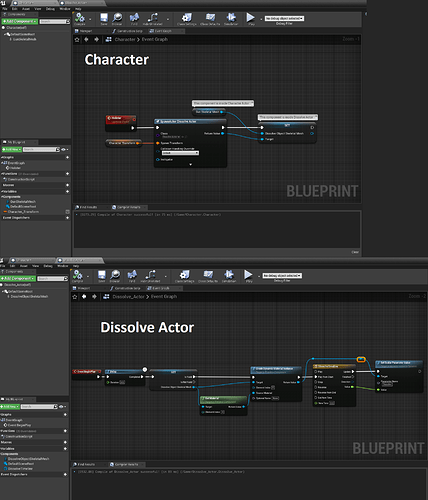 It’s hardly surprising, as you are passing the character’s gun in as a parameter

The dissolve actor needs to dissolve it’s own mesh. If you want that to be changeable, then you can pass it in as a class reference.

ooooohh. I thought that by passing it through like that, The actor would have it’s own. nvm, could you tell me how do I pass it as a Class Reference?

Ok, I take that back, maybe you need to pass in the kind of skeletal mesh as a param.

In the character, you do the spawn, but in the dissolve actor you need to use ‘add skeletal mesh component’, I think…

Hmm okay I’ll play around with that node and see what I can come up with. Will update regarding output 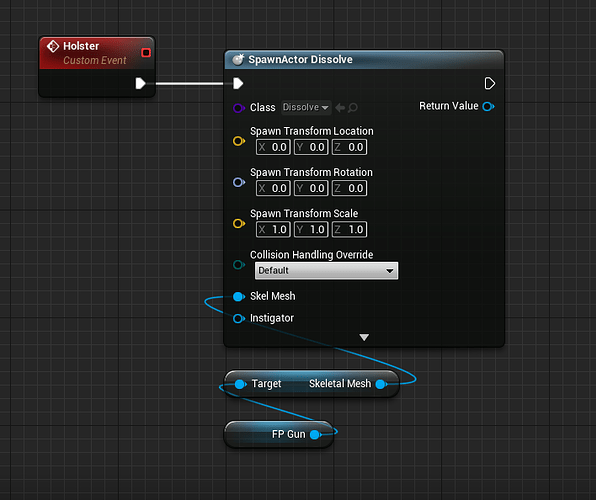 You beat me to it! I just made the exact solution! 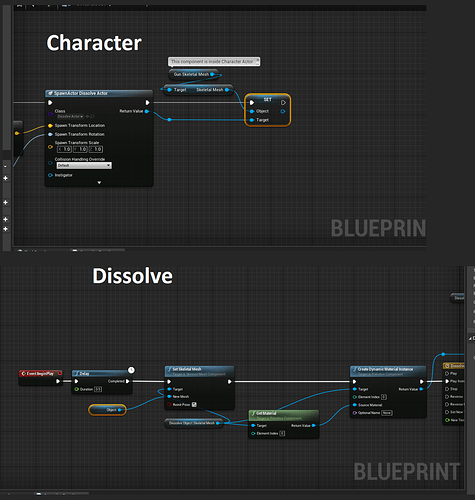 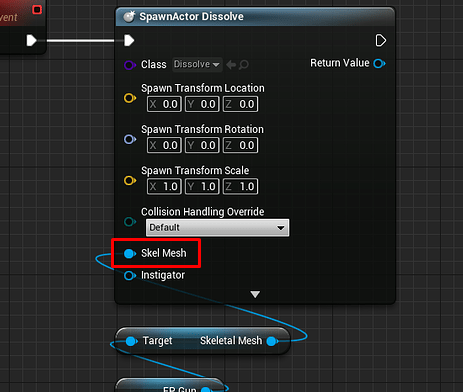 also, how do I do this? I don’t see any checkbox in component details…

Select the parameter, and look for ‘expose on spawn’.