Hello everyone. This is my first post in here, and it’s a bit of a noob question.
I am using the character class blueprint to make it able to pick up a key and go open a certain box with it; and clicked on the box it’s supposed to open by rotating the lid 90 degrees on the Yaw axis. However when the lid rotates it first instantly rotates 90 degrees on a different axis then starts the correct animation.
I think this is because it’s taking the absolute rotation of it before starting the animation. How do i tell it to keep it’s current rotation and immediately start the animation from it?
Thank you.

You sure you want the chest opening by rotating on the “yaw” axis? As in, how a door normally opens? Or by rotating its pitch, as in a traditional treasure chest? And how exactly are you doing the rotation? 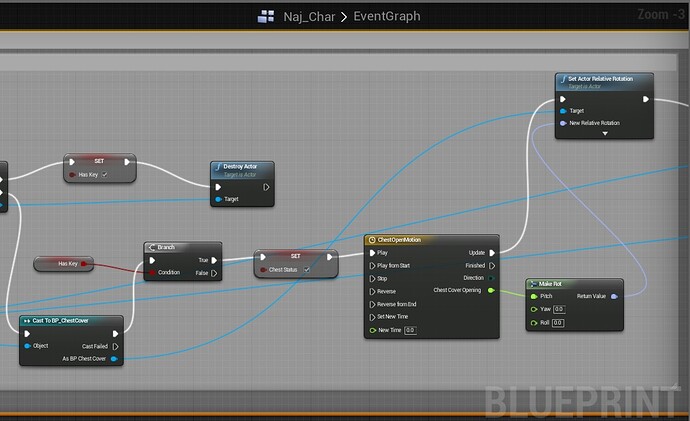 Actually i meant to write Pitch but just got confused and wrote Yaw. Sorry about that.
Anyway yes, it’s as in a normal treasure chest. And that’s the section that is moving the lid in class BP.
And in the timeline it’s just a simple 0 to 90 float over 1 second period.

Thanks a lot for the reply. 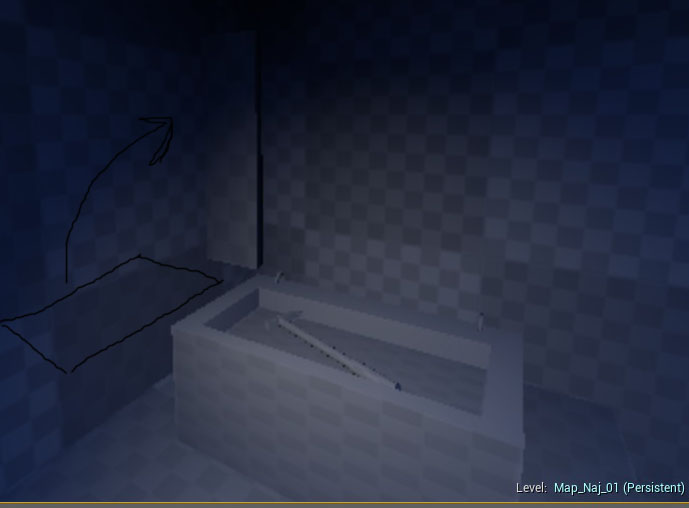 I kind of cleared in these two pictures exactly what is happening. It snaps from it’s closed state to the black state drawn poorly by me, the moves over 1 second to the final state.

I really appreciate your help.

Looks like it is rotating 90’ along the yaw instantaneously and then 90 degrees along the world-pitch.

EDIT: Just realized that the instantaneous rotation probably is coming from the fact that you are setting the actor relative rotation using that timeline, so it’ll snap to the 0’ rotation and then move up towards 90. Still a wonder why it’s happening on two axes though. Try adding the altered rotation to the existing actor rotation instead (like, +90/[delta time] degrees for [delta time] seconds) and THEN setting it to that new value.