Actor BP is rotated -90 degrees when attached to spline via sequence path track. How to face it forward?

I want the orange ActionCube to be facing down the path of the spline and rotate when the spline turns, but it always starts facing the wrong way even if I rotate the cube itself. If I add a rotation to the sequencer the cube will face the right way but only that way, it will no longer turn when the spline turns. BTW, the spline is an actor BP with a spline component. Is there a way for me to fix this? 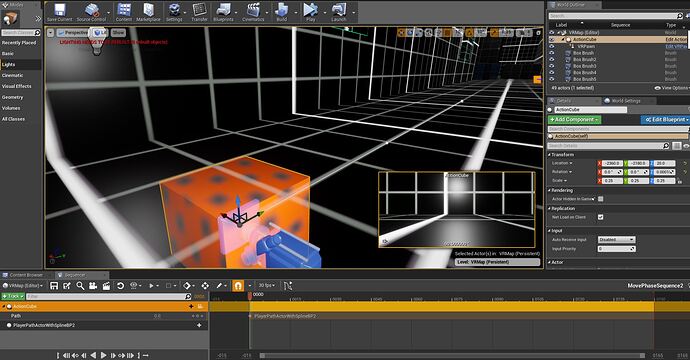 [Post #2 from this forum][1] has gotten me just about what I need, but now the ActionCube reverts back to the beginning of the spline and even further back, while the poorly named SubCube is staying at the end of the path. I tried removing the transform in the sequence but that stops it from moving at all. Anyone know what is causing this? 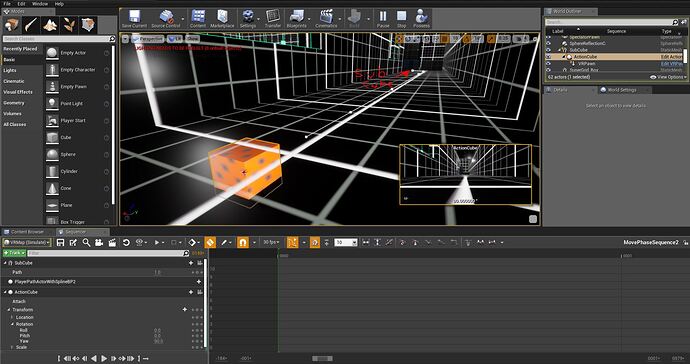 Going back to 4.21 seems to have fixed the issue. I had copied this 4.21 project to 4.22. I had a blueprint set up in the VRPawn that attached it to the ActionCube (attach to component node), I realized that this was likely no longer needed since the sequencer appears to be attaching them. When unplugging that node and compiling in 4.22 it would crash.