I am trying to get a public variable from another script, but the variable requires a parameter I am unfamiliar with. What do I do? 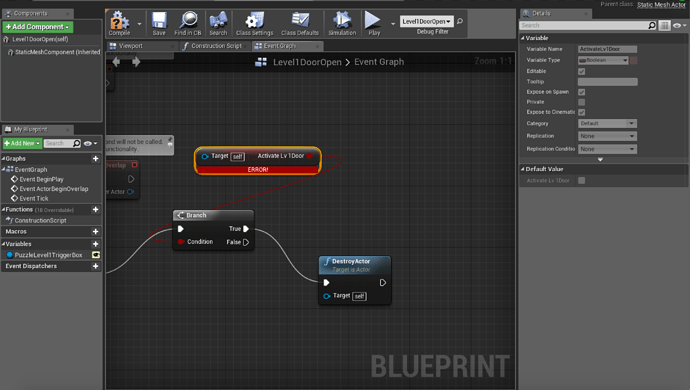 You can see here the error node has a blue input, but no blue nodes feed into it. 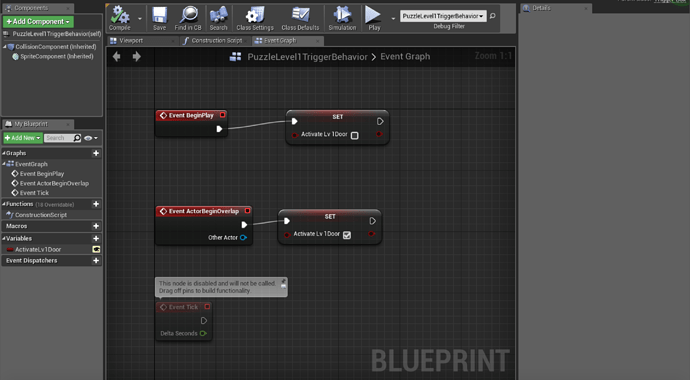 This is the variable definition script.

So to make it work you need to query an instance of PuzzleLevel1TriggerBehavior. Now You’re using “self” which is equal to Level1DoorOpen, and door have no such variable.

The variable was an attempt to plug the name in. How do I get an actor instace?