Accessed none when running User Created BP in another Widget BP?

Can you show us a screenshot of the graphs? Many things are none here, I can’t help you much like this though. Your CharacterReference seems to be none too.

Hi! thanks for the quick response, there’s a ton of graphs throughout, but this is pretty much all graphs in the WBP Preview Char BP that it’s having trouble reading. Thanks! 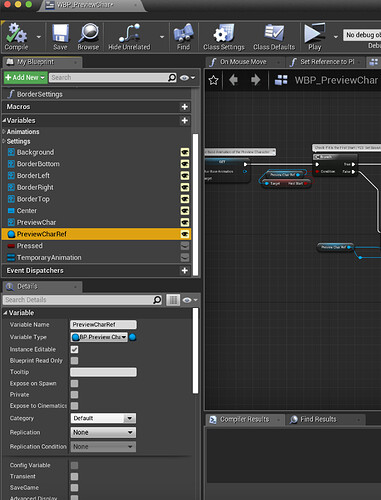 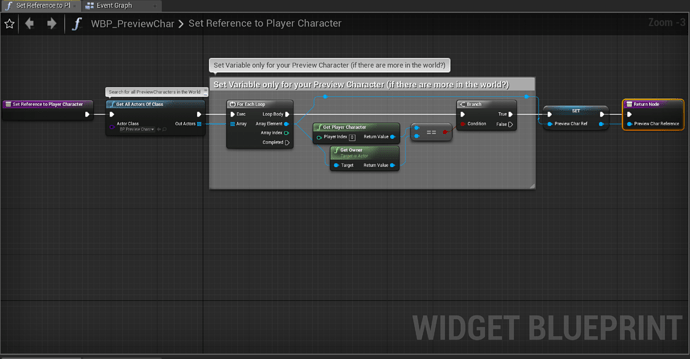 What I presume to be the problem: Your Branch node in “SetReferenceToPlayerCharacter” never returns true, thus the “PreviewCharRef” is never set.The owner has to be set manually, either when spawning an actor, or with the node “setOwner”. Do you do this?

I have seen numerous people use “GetOwner” recently, is there a tutorial teaching this? If so, can you give me a link?

Honestly, this is a plugin I bought, and the author has been zero help, so I’m trying to figure this out on my own. When I have a fresh project, it works fine, but when I implement it into this more complicated project, I get that “accessed none” error. If you could please visually show me what you think I should do, I would be so grateful!

Well. I sadly can not show you a lot, since I don’t have the code of the plugin.
But I can try to walk you through the things you can to look at.

Test the number of PreviewCharacters. If these are 0, then they are never spawned. Do you use your own character class? Find the spawn-logic in the plugin and make sure the spawn node sets the owner to the correct player character. 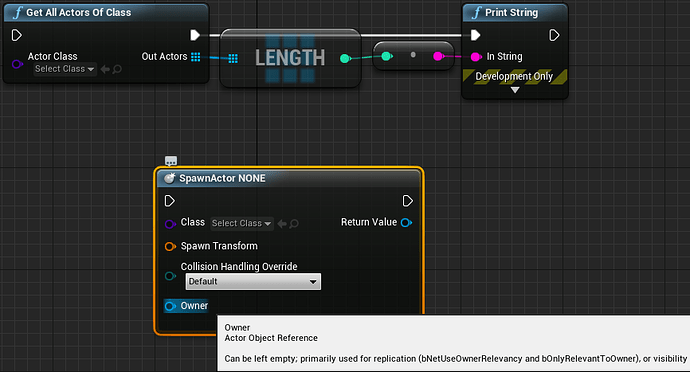