I must say that our entire Unreal Developer’s community here got flatenned on get our language “picked” by Epic as one of the language options available on the Editor, this will help a lot of guys to at least “start” breaking the language barrier, and many from us would also love to see a help a PT-BR section on UDN as you have to Japan, Korea and China.

On the other hand, when I got this “good news” I got worried about how deep Epic wants to go on this, discussed a bit with some friends, the opinions were a bit “mixed”, so I would like to suggest to you to:

“Please include an “option” to keep C++ reserved words (as cast, switch) and base Unreal Class Names (Actor, Pawn, Controller, Blueprint) as they are named on the C++ code.”

I don’t know if you watched the Extra Credits video about my country, you can go right to 6:54 to get a good idea about why I’m asking this: 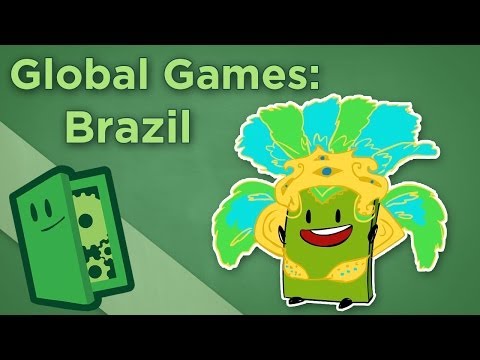 We need “spawn” more programmers on our territory ASAP and Blueprints can help a lot on this, BUT will be confusing to some people to understand/link some things when on the Editor it’s displayed with one “term/word” on Portuguese and on your API either on own C++ it’s referred as another on English…

I don’t know if you on Epic does this, but on the beggining (UDK to U4) I’ve used BPs just to test base algorithms I would be implementing by code (because the WYSIWYG thing), after getting the thing working I print screen, gone on VS and optimized the things. Was easy because I know exactly which functions, kind of objects and flow I would use (English-English). I imagine that many people interested on also learn a bit deeper U4 BP2C++ could use them this way.

PS: I suggested as “OPTION” to avoid unnecessary conflicts/noise.