My name is Emil, I’m a 3d artist that focuses on environments. I started working on this environment a while ago and I would like some feedback and any critique you guys could give. The environment itself is an abandoned glass house that used to be lived in a while ago. The people that used to live there left a while ago, and in their absence nature started taking over the place. 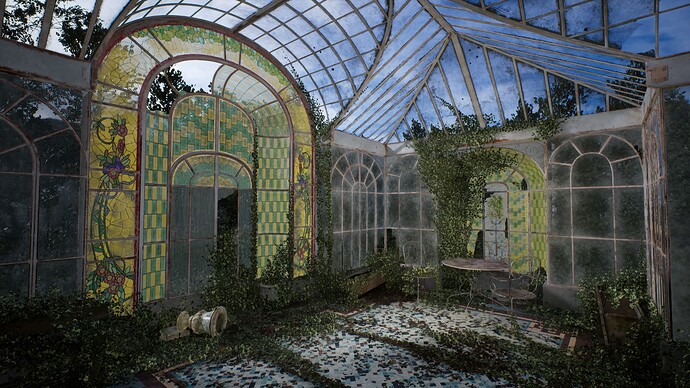 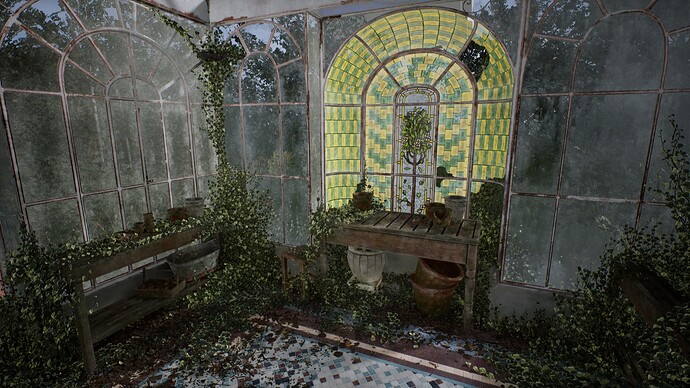 I would like some feedback on the scene itself and the general mood, or anything you could think of really. I’m trying to go for a bit of a nostalgic sort of mood, with an overcast lighting. First idea was to make it really sunny, but after playing with it for a while I decided to settle on this type of lighting because I felt it would work the best.

Love the look of this so far, definitely feels abandoned.

My 2 cents is, depending on what the end goal is, a little more plant variation and colour.

This is the version I ended up going with, I added some glass shards and some leakage on the walls and change the lighting and colors a bit.

Here is the link: https://www.artstation.com/artwork/rA6802 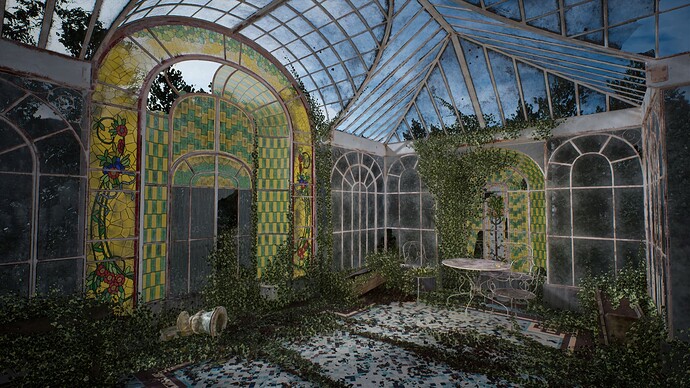 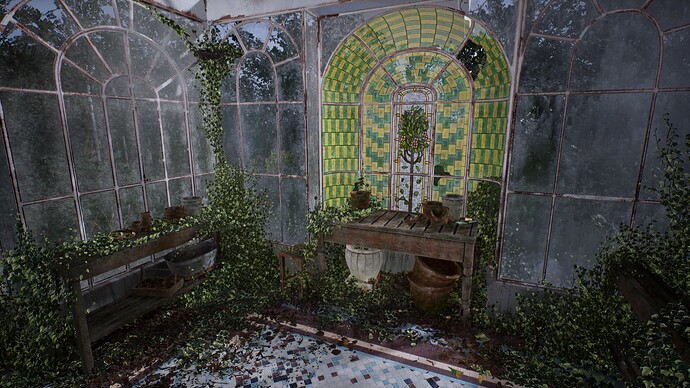